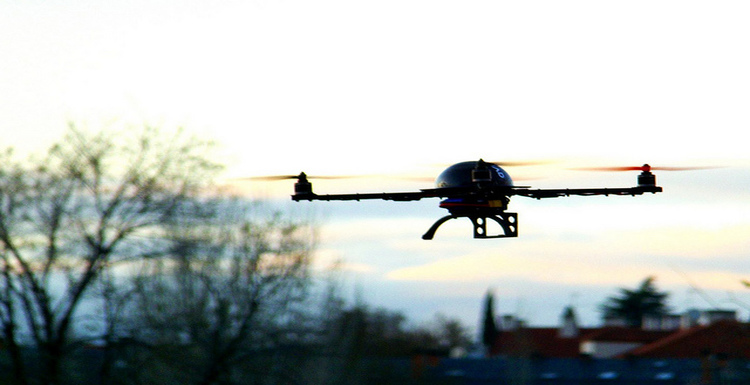 If 2014 was the year of the drone in Latin America, 2015 is looking to be very much the same.[i] However, the proliferation of drone usage may become a concern throughout the Western Hemisphere, particularly in Mexico and the United States, as drones have found a new investor south of the U.S. border: drug traffickers. But what is the potential for drug trafficking organizations (DTOs) to acquire drones capable of effectively smuggling and eluding authorities? As one of the most popular Christmas gifts this past year, civilian drones are readily available to the public. [ii]

The Rise of the Terror Drone?

In the U.S., the worst possible scenario of how drones can be utilized for violent outcomes in sensitive locations took a new turn on January 26, when a small drone crashed on the lawn of the White House. While this incident (involving an inebriated government employee) seems to have just been an accident, it begins to illuminate just how easily drones can fly into restricted areas. The event also provokes worries over how destructive these machines can be if they were to be used as “terror drones,” and loaded with some sort of explosive. Additionally, it is important to remember that this is not the first time that drones have entered no-fly zones. Over the past year, unauthorized drones have flown close to other sensitive targets, like nuclear power plants in France and Belgium. So far, no one has been detained for these incidents, and these could have been staged by some harmless environmental group. Nevertheless, given the recent attacks against the Charlie Hebdo satirical magazine in France and the terrorist attacks in the UK and Spain over the past decade, one major concern is that terror drones could be use by an extremist Islamic militant organization for some kind of terrorist operation.

The idea that terrorist movements will begin to utilize drones is no longer a hypothetical scenario, but a grim reality. For example, the global media has reported that ISIS (Islamic State of Iraq and Syria) has procured a drone and is using it to conduct reconnaissance and aid in launching ground attacks on the Syrian military.[iii] Likewise, it is believed that groups like Hamas and Hezbollah also possess drones.

A word of caution is necessary. The drones used by the aforementioned militant movements are generally believed to be very crude models, nothing more than a small plane or helicopter with a video camera and GPS attached. Such aircraft cannot be compared to the capabilities of US or Israeli drones like the NightEagle or ScanEagle, much less armed drones like the Predators. Nevertheless, even the most rudimentary drone can serve as an effective “eye in the sky” that would provide invaluable intelligence information to a terrorist movement. Moreover, in the case of Israel, one genuine fear is that Hezbollah’s drones can be adapted as “suicide drones” – namely that they can be loaded with explosives so they would cause maximum damage if they collide against an Israeli military (or civilian) facility.[iv]

Even criminals that do not necessarily belong to some major terrorist or criminal network can use drones for smuggling. This has already been the case in the U.S. and Australia. [v] For example, individuals have already used small drones to try to smuggle marijuana, cell phones, and other contraband into prisons in South Carolina and Georgia. These attempts were discovered because the drones failed to cross over the fence line and crashed (one likely reason being that they were carrying too much weight for the machine to fly properly), but there could certainly be other instances when drones were able to fly over a prison fence, were unloaded by prisoners, and then managed to fly back unnoticed.

As UAVs (unmanned aerial vehicles) are now coming into the hands of criminals and terrorist movements across the world, either for transportation of contraband or surveillance purposes, it should come as little surprise that drones are now beginning to be utilized by Latin American DTOs. At this point we must ask ourselves, what are the implications for the use of drones by these Latin American illicit groups?

Drug smuggling across the U.S.-Mexican border via drones has been recorded since 2010. This raises the question of what the potential for their expanded use by DTOs to smuggle their cargoes across borders may be. Not only does this affect Mexico and the U.S., but the use of drones should also be a concern for areas in which Mexican DTOs operate, notably in Central America.

So far, there have been limited reports regarding drones being utilized for criminal or terrorist activities in Latin America, but such use seems like a realistic development in the near future. Case in point, there is now the serious concern over drone usage by Mexican DTOs. A crashed UAV, a type of helicopter, was recovered in Tijuana, Mexico, carrying about six pounds (over three kilograms) of methamphetamine.[vi] It is likely that drones will continue to be utilized for moving small quantities of drugs (or other contraband) within Mexican territory or over the U.S. border. Nevertheless, given the fact that Mexican cartels have significant wealth stemming from an almost endless supply of drugs (ranging from cocaine to meth to marijuana), it is not shocking to assume that these DTOs may continue to resort to drones in the future as cheap vehicle to thwart border security measures.

As for drones being used to smuggle contraband into prisons, this is a particularly worrisome development given that prison conditions in countries like Mexico, Peru, Bolivia and throughout Central America are notorious for internal violence and almost routine escape attempts.

The use of drones extends beyond mere transportation of drugs over the border. There are also the aforementioned reports of using drones to smuggle materials into prisons. This can be especially disconcerting in Mexico, where (attempted) prison breakouts are fairly common. The judicial systems in these countries are already weak regarding convictions and penal overpopulation. Moreover, throughout Latin American prisons, it is often the inmates that actually control the prisons, while correction guards mainly focus on controlling the walls to keep the inmates from escaping.[vii]

While regional penal security forces have made progress in cracking down on smuggling, the examples of Georgia and South Carolina raise concerns that criminals might utilize drones to penetrate Latin American prisons. Such a scenario could end in the smuggling of more drugs, cell phones, and more dangerous cargoes like weapons to the inmate population, prompting further violence, either between prisoners or to facilitate mass escape attempts.

Finally, it is necessary to explore whether Latin American DTOs or terrorist movements could utilize terror drones for further types of aerial attacks (as Israel fears vis-à-vis Hezbollah) in countries besides Mexico. Due to space limitations, we will focus on the current major insurgent movements and drug cartels that already operate in the region.

The Future: The Flight of the Terror Drone

Based upon the tactical practicality of drones to execute terrorist and illicit operations, the proliferation of UAV use by such organizations should be regarded as a realistic possibility in the near future. Additionally, given the illicit wealth and political capital (through corruption) that these groups can mobilize, a significant risk is manifested in their ability to surpass the technology of early rudimentary designs and models. This is particularly true in regards to the Latin American drug trade, a profit-maximizing environment, in which the DTOs have a history of gaining exorbitant wealth, allowing them to penetrate all levels of government (including security agencies) with relative ease.

The Mexican DTOs have already invested in and utilized drones in order to smuggle drugs, and these UAVs could potentially be utilized to conduct surveillance. It is likely that the FARC could develop similar capabilities. These entities certainly have the funds to acquire them, as exemplified by the construction of miniature narco-submarines, costing around $5 million USD, which have been utilized to transport hundreds of kilograms of drugs up the Caribbean coast.[xi] If nothing else, the existence of narco-subs exemplifies the interest of drug cartels in new technologies to avoid detection while smuggling drugs.

On the potential for terror drones, it is certainly alarming and should not be dismissed. Radical movements like Shining Path and the FARC have a history of utilizing explosive devices to carry out terror attacks. For example, Shining Path’s use of “car bombs” in the 1980s and early 1990s during Peru’s civil war (like the car bomb that exploded in Tarata Street in downtown Lima in 1992, killing 25 and injuring over 200).[xii] Thus, there is certainly no lack of precedent of these groups utilizing technology to carry out attacks. Thus, it is not unthinkable that these, or new groups, could attempt to construct a “terror drone.” Nevertheless, as previously mentioned, Shining Path is currently a defunct (or at least dying) entity, so it is unlikely that the Peruvian insurgents have the expertise to fabricate a “terror drone.”

At the time of this writing, there have been no reports of UAVs being utilized to commit violence. Still, this analysis would argue that if any Latin American criminal organization could attempt to build a terror drone in the near future, it would be the Mexican DTOs or the FARC. Mexican DTOs operate in a deteriorating security environment in which violence has become commonplace, and for the FARC, in the event of failed peace negotiations, terror drones could be useful to a revival of their goals.

Revolutionary and organized crime groups are commonplace throughout Latin American countries, and it would be unreasonable not to consider the potential for new groups to emerge. However, groups that are linked to state sponsorship or can penetrate state-based development programs have the highest potential for technology to transfer to them. The use of UAVs by illicit and non-state actors is already occurring, and will likely expand in the near future – to aid in drug smuggling, intelligence gathering, or committing violence. Terror drones and UAVs used for more conventional illegal purposes may prove to be a new security threat in the future, and sooner rather than later, they may fly over Latin American airspace.

Please accept this article as a free contribution from COHA, but if re-posting, please afford authorial and institutional attribution. Exclusive rights can be negotiated. For additional news or analysis on Latin America, please go to: Latin News.