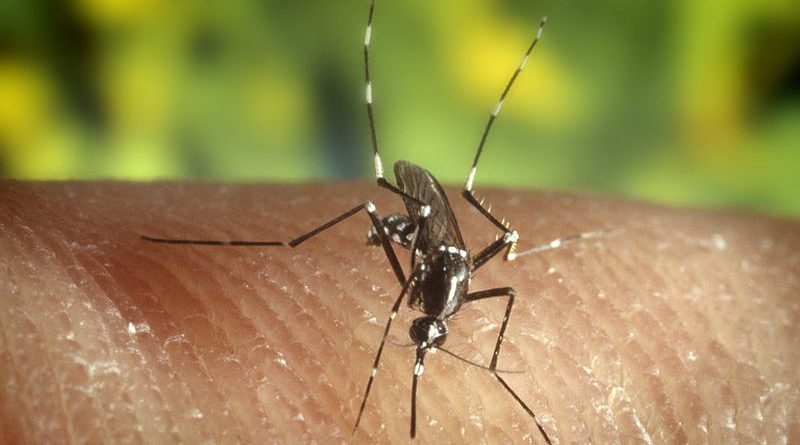 In a New York Times article, foreign correspondent Azam Ahmed challenged his readers, asking, “When in human history has an epidemic become so alarming that a nation feels compelled to urge its women not to have children for two years?”[1] For women in Brazil, Colombia, Ecuador, El Salvador, and Jamaica what once would have been a nebulous hypothetical posed by a speculative journalist is now a reality.

In efforts to stop the recent outbreak of Zika virus, these five countries have requested that women hold off on getting pregnant until the development of a vaccine in a couple years.  Though the recommendation is intended as a reasonable response to a massive public health crisis, it disproportionately shifts the responsibility of restoring public health to women, and will perpetuate gendered policies and rhetoric in the region. By directing pregnancy recommendations at women while simultaneously failing to provide the primary means to prevent pregnancy, Brazil, Colombia, Ecuador, El Salvador, and Jamaica are setting women up for defeat.

These government directives calling upon woman to refrain from getting pregnant insinuate that women have a high level of control over when and if they get pregnant. However, according to Monica Roa, the director of Women’s Link Worldwide, an organization dedicated to the human rights of women and girls, over 50 percent of pregnancies in Latin America are unplanned.[2] The lack of comprehensive sex education, inaccessibility of birth control, and instances of rape all contribute to this problematic rate of unplanned pregnancy. This oversight is especially disturbing because, according to the 2015 United Nations World’s Women Report, these five nations are among the top six Latin American countries where women aged 15-49 years have experienced intimate partner physical and/or sexual violence in their lifetimes. This suggests that the 25-40 percent of women experiencing this kind of violence lack autonomy in domestic decisions, and are ultimately deprived the basic choice of whether or not to get pregnant, which makes abiding by the anti-Zika recommendations impossible.[3]

Another issue with the recommendations is the inherent assumption that contraceptives are both readily accessible and acceptable. In a region dominated by the conservative Catholic Church and riddled with poverty, it should come as no surprise that birth control is neither universally accessible nor widely acceptable. This severely limits women’s decision-making power and ultimately depletes their control over their own bodies and pregnancy preferences. The lack of accessible contraceptive options often leads women to choose a more extreme kind of birth control: abortion. According to Guttmacher Institute, a nonprofit dedicated to advancing sexual and reproductive health, the only countries in Latin America that broadly permit abortions are Cuba, Guyana, Puerto Rico, and Uruguay meaning that women in Brazil, Colombia, Ecuador, El Salvador, and Jamaica often are left without any clear legal means by which to prevent childbirth.[4] As the Council on Hemispheric Affairs Research Associate Wondia Yeo states in her article “Zika Virus and Microcephaly in Brazil”, “opponents of criminalizing abortion argue that it violates women’s reproductive rights and leads women to pursue unsafe abortions.”[5] Ultimately, the lack of accessible contraceptives, the lack of a receptive cultural environment, and the prevalence of restrictive abortion laws create a kind of system that seems manufactured to ensure failure. By directing anti-pregnancy recommendations exclusively at women, Brazil, Colombia, Ecuador, El Salvador, and Jamaica advance the false narrative that pregnancy is the sole responsibility of a woman, while also assuming that birth control is accessible and accepted when, in fact, it is neither.[6]

While some countries in the region, like Brazil, are rethinking their strict abortion laws and could potentially provoke a similar change in neighboring countries, this change will come too late for many women and it will ultimately fail to address the broader issue of gendered policies and rhetoric. First, if pro-abortion laws were passed through Brazil, Colombia, Ecuador, El Salvador, and Jamaica these countries would still lack the capital and enforcement capabilities to make such laws a practical reality. Beyond this, such a law would serve only as a Band-Aid on the gaping wound of gender-inequality, because it would fail to compensate for a prevailing lack of accessible contraceptives and decision-making power for women. Sweeping policy reforms, while an attractive-sounding solution, are unlikely to take hold because of entrenched cultural perceptions of abortion perpetuated by the Catholic doctrine on abortion. Furthermore, even in the unlikely event that a swath of Latin American countries does make abortions available, countries like Brazil, Colombia, Ecuador, El Salvador, and Jamaica will still lack the institutional and enforcement abilities to make abortions a practical, accessible, and effective method of birth control.

In short, these government-sanctioned recommendations perpetuate sexism on an institutional level. By specifically targeting women, Brazil, Colombia, Ecuador, El Salvador, and Jamaica are scapegoating a single gender for an act that requires both men and women. In this way, these governments are placing a tremendous burden on women who already face policies, practices, and rhetoric intended to keep them subordinate.

Ultimately, times of crisis leave populations distressed and anxious for effective leadership, which puts governments and intergovernmental organizations in the unique position of being able to direct public discourse and perceptions to some degree. This means it is the responsibility of the Brazilian, Colombian, Ecuadorian, El Salvadoran, and Jamaican governments to not only seek a cure, but to also keep this health crisis from provoking negative societal externalities, like prevailing sexism. In order for the world to escape the Zika virus with minimum collateral damage, it is important to remember that the way in which countries react prior to finding a cure is almost as important as finding the cure itself. For Brazil, Colombia, Ecuador, El Salvador, and Jamaica in particular, this means changing how they talk about women in relation to the virus, so as not to ostracize, scapegoat, or otherwise repress their female populations. Though pursuing a different discourse may seem like a small change, it provides the opportunity to erode institutional sexism just by changing a few words.