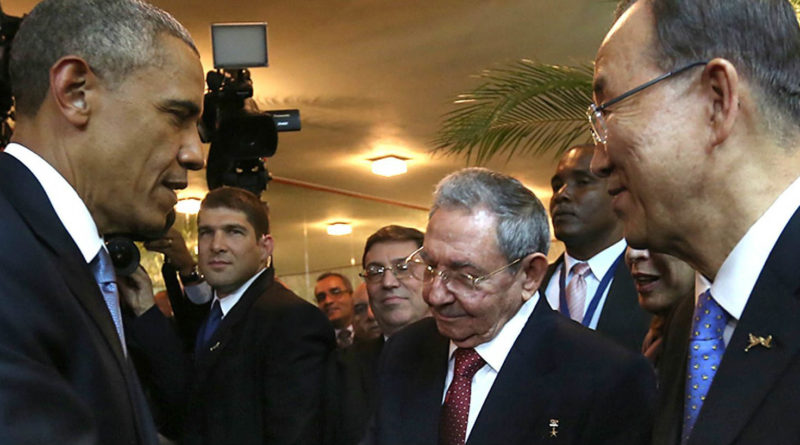 By: Maria Jose Fabre, Research Associate at the Council on Hemispheric Affairs

The U.S. State Department announced today that Cuba is no longer considered a state sponsor of terrorism (SST). This marks the end of a 45-day long review period, following President Obama’s request for Cuba’s status review in December, when a joint resolution in the House and the Senate could have been passed to block the lifting of economic sanctions associated with SST status. Thankfully, the U.S. Congress did not derail this historical initiative.

Cuba was first added to the list in 1982; and has remained there even after the end of the Cold War. According to the U.S. Government, this has been in part due to allegations of Cuba’s cooperation with, and protection of, Basque separatist forces (ETA) and members of the Revolutionary Armed Forces of Colombia (FARC). A recent revision of political attitudes towards the Basque cause, as well as Cuban facilitation of the ongoing peace talks between the FARC and the Colombian government, have overturned these outdated claims.

COHA endorses this decision as it is a step in the right direction, yet reminds Washington and Havana that there is still much to be done. Cuba’s presence on the list has curtailed the country’s accessibility to other financial markets and well as diplomatic maneuverability. Negotiations are currently ongoing for the reestablishment of diplomatic ties between both countries after 54 years. Nevertheless, the overall trade embargo still remains in force.

By: Maria Jose Fabre, Research Associate at the Council on Hemispheric Affairs