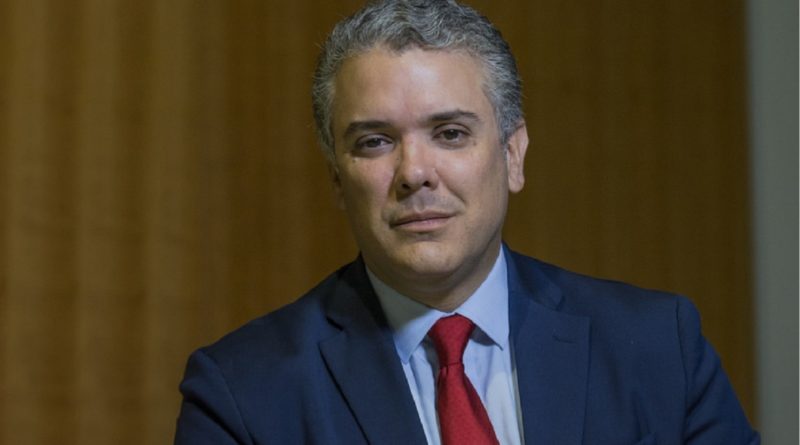 The votes were cast, ballots counted, and on Sunday July 17, Colombians elected Iván Duque to serve as president for the next four years. Despite the considerable ideological divide, Duque was projected to win by most polls and various right-leaning news sources. [i] The conservative had a smooth victory with a comfortable margin of 12 percentage points. [ii] Garnering 10.3 million votes at 54 percent, the new president-elect perpetuates Colombia’s history of conservative leadership. Nonetheless, Duque’s opponent in the runoff, leftist Gustavo Petro, finished with 8 million votes at 42 percent of the total vote, a momentous performance that signifies an uncommon reemergence of the left in Colombian politics. [iii]  In spite of joyous celebrations, Duque faces a weak economy, the outcome of the contentious 2016 peace accord with the Fuerzas Armadas Revolucionarias de Colombia (FARC), more than half a million Venezuelan refugees fleeing to Colombia, and a radical polarization of the nation’s politics. [iv]

Reemergence of the Left

Petro conceded his loss in stride, tweeting “Eight million free Colombians taking a stand. There is no defeat here.” [v] A left-wing candidate reaching the second round was an extraordinary feat on its own. The former M-19 rebel (a militant guerrilla group that emerged in the 1970s) gained more support in the first round of the election than the more moderate candidates. According to The New York Times, “some analysts said peace may have softened the stance of many Colombians against ex-rebels, allowing a former guerrilla to make headway.” [vi] Regardless of his polarising partial support of the peace accord, its presence both helped and hurt Petro. Senior Professor at La Universidad de los Andes, Jean Marie Chenou, told The Bogotá Post that, “with the FARC becoming a political party and the ELN [Ejército de Liberación Nacional] negotiating a peace agreement, the left is becoming a credible and acceptable political option.” [vii] However, in the end, “the continued fear of the left in this country won out. And Mr. Duque was seen as the safer pair of hands to lead after more than 50 years of conflict.” [viii] Mobilizing eight million free Colombians to take a stand, Petro shows that many Colombians are unhappy with the conservative status quo. He will most likely serve as the head of the opposition in the Senate. Although he was not victorious on this occasion, if Duque disappoints on his many ambitious promises, the right could face a sharp backlash, and the left could improve their chances in the 2022 presidential election.

No Lesser of Two Evils

Some voters were unable to seriously reconcile either choice – neither Duque nor Petro. Blank ballots increased from 55,785 in the first round of the election to 200,079 in the second round, and totaling 4 percent of votes for the June 17 election. [ix] Although such polarization is not unprecedented, the stark ideological divide demonstrated in both elections is a challenge for Duque, and a potential source of future instability in Colombia. Political science professor at La Universidad de Medellín, Pedro Piedrahita Bustamente, noted that “polarisation is common in politics around the world… but here, where there is a history of internal armed conflict, it could be a dangerous thing.” [x] Particularly, Duque’s acceptance speech had a redundant but important theme of unity. Duque proudly exclaimed “this is the opportunity that we have been waiting for—to turn the page on the politics of polarization, insults and venom.” [xi] Whether Duque’s unity project comes to fruition is a significant question for Colombia’s future.

Principal concerns of Duque’s critics and strong-minded opposition include his intimate relationship with former president Álvaro Uribe and, in effect, Duque will simply be another extension of Uribismo (a legacy which many do not remember fondly). Uribe is known as “Duque’s earliest champion for president,” after persuading his protegé to leave the Inter-American Development Bank in Washington D.C. in order to occupy a senate seat in 2014 for Centro Democratico, the political party Uribe founded. [xii] Due to constitutional constraints, Uribe is blocked from running for a third term. Still in the political spotlight, he was overwhelmingly elected as Senator in the March 9 parliamentary elections. Duque’s cozy relationship with his mentor was as polarizing as his stance on the FARC. [xii] Moreover, according to The Guardian, “Duque’s opponents say he is little more than Uribe’s puppet, a charge particularly worrying given the hardline svengali’s authoritarian tendencies.” [xiii] Uribe—the close mentor and confidant of Colombia’s newly elected president—is under investigation for corruption charges. His military campaigns while president consisted of grave human rights abuses and the “False Positives” scandal in which thousands of civilians were murdered for the purpose of inflating slain combatant statistics, among many other nefarious activities. [xix] While Duque may have given Uribe warm thanks in his acceptance speech, he also promised to bridge divisions. [xx] But, if Uribe is the power behind the Colombian throne, can Duque afford to implement the autonomy of his promises? According to Arlene Tickner, a Political Scientist at La Universidad de Rosario in Bogotá, “The big question is what the relation will be between those two men… Duque can’t let himself be Uribe’s puppet but at the same time he can’t afford to betray Uribe. He will have those two potential nemeses hanging over him as president and he’ll have to bear them in mind whenever he makes a decision.” [xxi] Duque’s plans moving forward with the FARC are comparable to Uribe’s infamous hardline stance.

The Future of the FARC?

Upon Duque’s victory, FARC wartime leader Rodrigo Londoño cordially tweeted, “We have lived the quietest elections of the last decades, the peace process bears fruit. It is a moment of greatness and reconciliation, we respect the decision of the majorities and we congratulate the new president. Now to work, the roads of hope are open.” [xxii] The FARC also reached out to the president-elect to discuss the peace process moving forward, despite rejection in the past when they reached out to Uribe. According to CNN, the FARC expressed its will to meet with Duque in order to present “its point of view regarding the implementation of the peace process.” [xxiii] Comparatively, Duque also maintains that he wants justice for the victims along with the rehabilitation of rank and file ex-members back into society. But, his call for FARC war criminals—of which some currently hold congressional seats—to stand trial seems like another arduous process of heated debate and delicate reconciliation . [xxiv] As stated by Gideon Long of the Financial Times,  “if clumsily executed, any tinkering with the peace process could reignite the conflict.” [xxv] The future of the FARC deal may be in Duque’s presidential hands, but, any changes will face serious opposition from Colombia’s Constitutional Court, which has already ruled that the agreement cannot be changed. [xxvi]

The Businessman May Not Be So Business-Friendly

Many investors finally caught their breath when business-friendly Duque won  the election. During the campaign, there was concern among the business community regarding the economic prospects of a Petro presidency. Duque’s success will most likely “reassure investors in Latin America’s fourth-largest economy who were alarmed by the leftist candidate’s promise to overturn Colombia’s orthodox economic model.”[xxvii] During the campaign, Duque flexed his fiscally conservative muscles, promising to bolster the $324 billion economy by cutting business taxes, supporting the top export oil and coal sectors, and helping manufacturing. [xxviii] Some economists were not so relieved. Duque may not have much room for tax cuts if he sticks to Colombia’s fiscal rule, requiring the country to reduce its deficit to 1 percent of GDP—which was 3.6 percent last year—by 2022. Cutting taxes and reducing the deficit are not complementary policies. Additionally, with oil production falling and Colombia’s debt-to-GDP ratio increasing by more than 40 percent, this will be a daunting endeavor. [xxix] Likewise, according to Reuters, “Duque’s proposed tax cuts may worsen the budget deficit and force him to push through unpopular reforms, including a pension overhaul, to preserve Colombia’s investment-grade credit rating.” [xxx] Perhaps investors should not be so cheery so quickly.

Duque will assume office on August 7, just a few weeks after his 42nd birthday, making history as Colombia’s youngest president since 1872. [xxxi] Hopefully, Duque will have success tackling drug trafficking, reconciling with the ELN, helping FARC dissidents who have not demobilized, closing the inequality gap, and curbing corruption, among many other challenges. In the end, 54 percent of voters entrusted him with these responsibilities, 42 percent rallied for Petro, and 4 percent did not place their trust in either candidate.  The future of Colombia may rest on the 41-year-old’s leadership. The June 17 election has posed a series of critical questions: Can Duque unite such divided voters? What is the fate of the FARC? Will the left consolidate power by the 2022 elections? And, will Uribe maintain a grip on power through Duque? The world can only watch with bated breath.

*For more information on the first round of Colombia’s presidential election, read “Behind the Throne: Colombian Elections Strengthen ex-President’s Power,” by Ben Tannenbaum and “COHA’s Analysis of Colombia’s Upcoming Election” by Rachel Rosenberg*

[i] Alsema, Adriaan. “Who Will Win Colombia’s Elections? Let These 6 Polls Give You an Idea.” Colombia Reports. June 11, 2018. Accessed June 26, 2018. https://colombiareports.com/who-will-win-colombias-elections-let-these-6-polls-give-you-an-idea/.