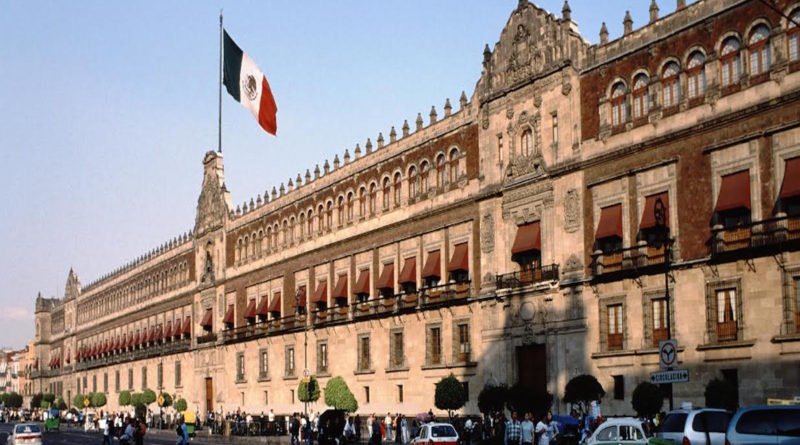 Senior Research Fellow at the Council on Hemispheric Affairs

The first month of 2018 has been a dismal one for Mexico: more than 200 murders in the first two weeks, continuing the surge of bloodshed that intensified throughout last year. This crisis of public security is not necessarily the result of a sudden shift in the criminal landscape, but rather the product of several longer-term processes. Unfortunately, all of these trends suggest a grim outlook for Mexico’s immediate future.

These perilous conditions have been long in the making and over the next six months, as the country approaches the largest elections[i] in its history, three interrelated factors—all connected to the localization of crime—are likely to result in an increased tempo of violence:

First, over the past decade, as the transnational drug war reached unprecedented levels of viciousness, local crime also become more predatory in nature. As the balance of power tipped away from state authorities, smaller bands—affiliated to greater or lesser degrees with transnational trafficking organizations—aggressively expanded into kidnapping, extortion, and oil theft.

Second, criminal groups have begun to extract rents from local authorities, using coercive tactics to capture a portion of local budgets. This is a new layer on traditional political protection arrangements between corrupt officials and local organized crime operators, and a development that has proven very disconcerting and destabilizing.

Third, recent violence is increasingly connected to local drug dealing. As the domestic market for narcotics has grown, trafficking organizations have violently colonized local retail operations. And as Noroeste reported, the multiplication of small drug dealing cells has tended to produce unchecked bloodshed. Moreover, in areas  such as Tijuana where DTOs dispute both the shipment routes and local markets for drugs, the combination has proven explosive, and difficult to contain.

Ultimately, the emphasis here is that understanding Mexico’s near future requires a careful monitoring of localized trends and patterns, rather than narco narratives protagonized by cartels and capos. From this perspective, furthermore, the importance of presidential elections and NAFTA renegotiations becomes much less clear. Though much recent punditry on Mexico has focused on those two themes, and particularly the possible victory of Andres Manuel López Obrador, much more attention is due the municipal elections, which will be held in 25 states this year. It is these elections that stand to be most affected by violence, and it is their process and context—rather than the outcomes—that matter. Because Mexico’s security strategy does not effectively address the three trends discussed above, there is much more reason for concern.

Most worrisome is the possibility that these local elections will encourage widespread turmoil as criminal gangs seek to set the terms for all candidates. While there has been, in past years, a great deal of handwringing about “narco-candidates”—that is, candidates who are actively supported and sponsored by organized crime groups—the central problem is not necessarily the potential for the corruption of elected officials, but the risk that local politics become a sort of plaza, disputed by competing groups.[ii] There is ample evidence that mayors and other officials are at risk, whether because they refuse the advances of organized crime (Gisela Mota being perhaps the most famous example in recent years) or because they break the terms of an agreement (such as Jorge Toledo Bustamante, who was captured on video being extorted by members of the Los Rojos organization; his personal secretary was subsequently murdered). And as the Toledo Bustamante case makes clear, this violence is not necessarily always about whether or not elected officials provide cover for criminal organizations, turning a blind eye to their activities and on occasion putting police at their service, in the traditional formulation of narco corruption. Rather, it now appears that local groups regularly demand a percentage of municipal budgets: in one case, it was revealed that in five municipalities in Michoacán, members of a DTO were demanding a 10% share of the money those localities received from the federal government. Beyond such payouts, criminal groups have also tapped public resources through involvement in construction contracts or by placing members on municipal payrolls. This wholesale criminal predation on the state means that officials themselves—and therefore candidates and elections— have become unavoidable targets. Most significantly, this danger includes candidates not yet in office, and extends beyond mayors to include city councillors and others whose role in public administration would not necessarily suggest a connection to organized crime. The process of negotiating these understandings as administrations turnover is likely to foment violence, both before and after voters go to the polls.

The stakes are substantial. For the first time, mayors will be eligible for reelection at the end of their three-year term. As domestic extortion of businesses, kidnapping, oil theft, and drug dealing become increasingly valuable, local control will become hotly contested. Criminal groups violently defend these activities not simply because they are inherently lucrative, but because they provide a safer and more stable source of revenue than international narcotics trafficking. For local gangsters who normally might only receive retainers or sporadic commissions from DTOs, predatory activities are more than side businesses: they are a raison d’être.

Unfortunately, the policy response to these developments has been primarily to further militarize the conflict by regularizing the participation of the armed forces in law enforcement. While the passage of the controversial Internal Security Law primarily provides legal grounding for a de facto reality, it also represents the continuation of a strategy that is wholly inappropriate for addressing the fundamentally local problems described here. Where the military has proven most effective in combating narcotrafficking has been in targeted, intelligence-driven operations resulting in the capture of criminal leaders. When tasked with policing, it has largely failed, unsurprising considering that many soldiers are poorly trained for local patrol operations. Even more importantly, the military’s operations have produced serious human rights abuses, often covered up and protected by the military court system. Furthermore, militarized patrols are often a poor response to predatory local criminal activity. Such federal military activity does not strengthen the local state against predation, nor does it efficiently protect citizens from extortion or investigate crimes against them. Neither does it address the addiction issues that fuel domestic drug dealing and its satellite activities.

Solutions are possible. Smaller criminal groups have less capacity to corrupt, and their reliance on brutality and terror may be unsustainable. Meaningful police reform, development programs targeting young men, and addiction treatment programs would all go a long way toward addressing the issue. Because until security strategies address these local issues, violence will remain difficult to contain and local elections will continue to be reasons for bona fide concern in the near future.

By Michael Lettieri Ph.D., Senior Research Fellow at the Council on Hemispheric Affairs

[i] This is the largest election in the country’s history, by number of positions being elected. This is due to the process of synchronizing local and federal elections.

[ii] The term plaza is used not to evoke a physical space, but rather the extension of ‘free speech’ rights given to violent criminal groups.