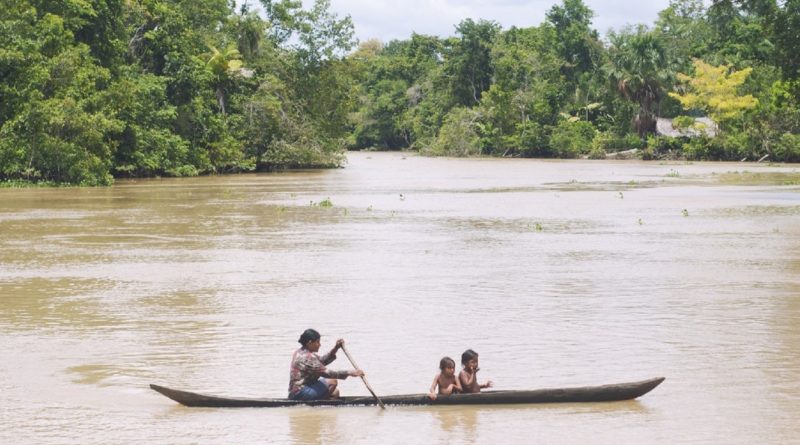 Like his predecessor, Nicolas Maduro has long prided himself on being a champion of Venezuela’s indigenous peoples. Since taking office in 2013, he has handed over numerous titles of land ownership to native tribes, established an institution aimed at identifying and preserving their languages, and publicly proclaimed himself as an ally to their community. [i] However, amidst the chaos of the economic crisis that has rocked the country since 2012, the welfare of the country’s indigenous communities has received little attention. Nationwide food shortages, hyperinflation, and political violence have turned what was once one of Latin America’s wealthiest nations into one of its poorest. [ii] In such times, it is no surprise that the poor indigenous communities that Hugo Chávez and his disciples always claimed to support are being greatly neglected by the Maduro Administration. The collapse of the country’s healthcare system is proving to be deadly, especially for the country’s second largest native population, the Warao tribe, from the northeast banks of the Orinoco River delta, as an outbreak of AIDS continues to threaten the survival of one of Venezuela’s original cultures with increasing urgency. [iii]

Long stressed by shortages of medical supplies, inflated pricing, and the fleeing of doctors, Venezuela’s healthcare system, which was once considered world-class, has almost completely collapsed due to the crash of oil prices that the government depended on to finance their network of social services. [iv] Rather than address the root cause, Maduro instead fired the nation’s health minister Antonieta Caporale early last year in response to a study released by her department showing that Venezuela’s pregnancy-related deaths rose by 66 percent in just two years, demonstrating just how volatile the situation has become. [v] A survey commissioned by the National Assembly of 104 healthcare facilities in March of 2018 also showed that 79 percent did not have running water, 14 percent  had to shut down their intensive care units due to lack of supplies, and 25 percent  of pediatric intensive care units had to be shut down for the same reason. [vi] This shortage is causing poor people across the country to fall seriously ill or even die from treatable illnesses due to grossly inflated prices of scarce medicines that have made it impossible for them to afford proper care. But, the consequences are even greater for those living in isolated rural settings, such as the Warao, who had limited access to medical care even before the economic crisis began.

The isolated nature of the Warao community’s villages has always made it difficult for them to receive the medical resources and supplies that are available in Venezuela’s urban centers, and the collapse of the healthcare system has made the epidemic they are currently facing especially daunting. HIV and AIDS were first detected in their community around 2007, likely after a member of the tribe returned from living in one of Venezuela’s cities, and quickly spread throughout the Warao population. [vii] A 2013 study of 578 Warao people in 8 villages found that roughly 10 percent of the tribe’s adults tested positive for HIV. [viii] That number is twenty times the Latin American average of 0.5 percent, and twice that of Sub-Saharan Africa’s rate of 5 percent, which was long considered the world’s highest rate of infection in any population. [ix] Furthermore, those percentages disproportionately affect Warao men (15.6 percent infected) more often than women (2.6 percent infected), with prevalence of the disease among the adult male population in one village reaching as high as 35 percent. [x] Much of this spread is likely due to a lack of comprehensive education regarding the disease for Warao people, many of whom are not fluent in Spanish. Additionally, it is commonly accepted in Warao culture for unmarried men to engage in sexual activities with each other, through which it is much easier to contract the disease than heterosexual sex. Unfortunately, the specific strain of HIV that is most common amongst the community is also known to be especially aggressive, with many developing AIDS in less than five years (compared to most common strains of HIV that can take over ten years for the patient to even begin showing symptoms). [xi] But, with the use of proper medications and condoms, the effects of the disease on infected individuals and the community as a whole can be mitigated. However,  since Venezuela’s healthcare system began to collapse, medicine shortages have ravaged even the most plentiful cities, and delivering such supplies to the Warao’s isolated villages has become nearly impossible, leaving hundreds to die of HIV and AIDS. [xii]

Sadly, one of the greatest obstacles activists and medical professionals have reported facing in their efforts to mitigate the Warao AIDS crisis is the Maduro government itself. The administration has been trying to deny that a severe medical crisis exists at all, contradicting studies that provide proof of the problem by posting photos of suspiciously empty and newly-renovated clinics on Twitter. [xiii] Maduro and his associates are especially reluctant to comment on their neglect of the Warao people, an indigenous population for which they claim to be a strong advocate. In May of 2018, The New York Times reported that the Maduro Administration had denied requests for interviews on the Warao AIDS crisis from officials representing the country’s HIV prevention program, the health ministry, and the ministry of indigenous affairs. Additionally, one of the lead researchers responsible for identifying the existence of an AIDS epidemic amongst the Warao told the Times that, while conducting his study, he encountered several government officials who tried to silence him and impede his work through intimidation tactics. [xiv]

Such attempts to understate the severity of the healthcare crisis are problematic enough, given the rate at which the situation has worsened throughout Maduro’s time in office. However, this issue seems to be only one part of a greater problem that highlights the hypocrisy of Maduro’s pro-indigenous rights rhetoric, contrasted with his administration’s refusal to take responsibility and display strong leadership for the economic crisis that has affected the indigenous community so deeply. Like Chávez, Maduro has proudly touted his indigenous mestizo background to prove he has a personal connection to the native peoples of Venezuela. He has rolled out several impressive plans for preserving indigenous culture, reducing poverty in indigenous communities, and building houses in rural indigenous villages. [xv] However, little progress has been reported on any of these projects as Venezuela’s social services network has almost completely crumbled, leaving not just the Warao, but several of Venezuela’s indigenous tribes, to suffer through the country’s humanitarian crisis on their own. Earlier this year, Aljazeera reported on the mass exodus of entire native clans (some of upto 150 people each) into neighboring Colombia, all looking to escape their dire circumstances in Venezuela to search for food and medicine. The office of the Colombian ombudsman reported that many of the children who arrived with these groups were suffering from malnourishment and tuberculosis. [xvi] Meanwhile, many of the Warao have decided to flee as well, choosing to seek refuge in Brazil.

In an Associated Press report on a small Brazilian town near the Venezuelan border, aid workers there say they have established a shelter specifically for the Warao people who have been crossing the border, and the facility is already at twice its intended capacity, with over 500 people packed into a space meant for 250. One volunteer noted that, though all the Venezuelans had arrived in bad shape, the Warao came in even worse condition. Many also claimed that the Warao began arriving a full year before non-indigenous Venezuelans, and were likely the first to fall into desperate circumstances amidst the collapse of the country’s economy and network of social services. Even more disturbing is that many of the refugees still consider the shelter, which is constructed out of an old warehouse, as a welcome improvement to their living conditions, which goes to show just how dire their situation back home in Venezuela has become. One can only imagine how much worse things could get if the government continues to avoid addressing their plight while still claiming to be advocates of Venezuela’s indigenous people. One woman, Sumilde Gonzalez, stated “The Warao were always poor. With Maduro, we got even poorer.” [xvii]

[xi] Vitti, “An AIDS Epidemic Is Decimating the Indigenous Warao,”.