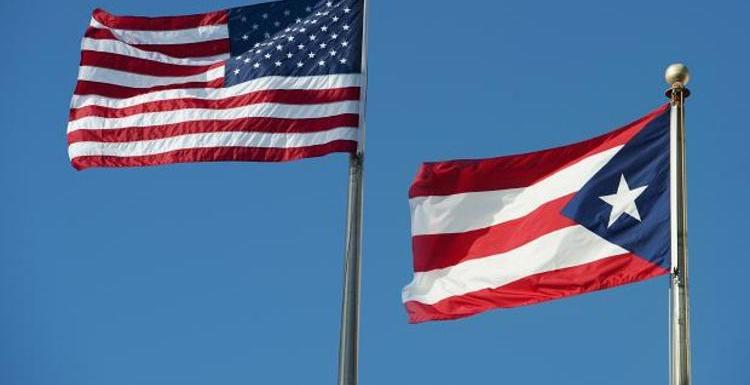 The 2008 financial crisis intensified critical discourse on tax havens, which were charged with introducing risky products (such as Credit Default Swap or Asset Backed Securities) and spurring turmoil in international markets. The Obama Administration has demonstrated a clear intention to curb use of the tax havens, which wealthy U.S. companies and households use to avoid paying about $103.1 billion USD per year in tax income to the U.S. government. [1]

Tax havens are countries and territories, mostly in the Caribbean, that offer financial benefits to foreign investors. The two main pillars of tax havens are a low (or nonexistent) tax rate and secrecy; that is to say, information on the identity of the client and on his or her activities may not be disclosed to foreign authorities. Using tax havens’ services is considered by non-tax haven countries, such as the United States, to be tax evasion.

Washington’s policy on the tax havens is oddly dual, even contradictory. On one hand, the U.S. Congress is trying to cut the loopholes in tax law that permit this kind of tax avoidance, which would bring back some important taxable assets to U.S. jurisdiction. But on the other hand, territories of the United States, including Puerto Rico and the American Virgin Islands, are tax havens that hold U.S. assets, and some U.S. companies or individuals may use their services. Nevertheless, neither the executive nor legislative branch has taken specific measures to curb the tax laws of these two Caribbean territories, exposing the hypocritical nature of Washington policy on tax havens.

The System of Tax Avoidance

Through an investigation of the 27 wealthiest U.S. firms, U.S. authorities discovered the most common method of tax avoidance, consisting of exploiting loopholes in order to place assets in Caribbean jurisdictions with lower tax rates. For example, for a firm, the most common method of tax avoidance is to exchange loans and benefits between several entities located in different countries. The figure shown below illustrates a simplified system of exchange, where the different actors reside in different jurisdictions. In this scenario, the foreign operator resides in the jurisdiction of an offshore tax haven, and the third party resides in another jurisdiction. The foreign operator, through exchanges as shown below, will help the third party take advantage of the lower tax rate in their jurisdiction. In Figure 1, the fulcrum of the system is “Company α ’’, which seeks to maximize its benefits and to avoid the tax burden of its country of origin. Thus, the company is exchanging capital through a system of loans and earnings with the help of the foreign operator and third party. Following the system explained above, the exchanges allow effective tax avoidance without violating the law. 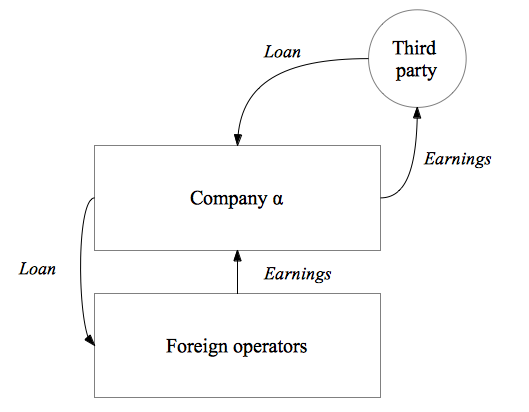 The aim of potential U.S. tax reform is to cut the loopholes that are allowing such tax avoidance. The investigations led to the proposal in Congress of the Cut Unjustified Tax Loopholes Act, which was signed into law earlier this year. In the first section of the bill, nine points are listed to curb the use of tax havens, most of which seek to target and penalize U.S. firms that exploit loopholes such as the one explained above. The first point stipulates: “penalize offshore financial institutions and jurisdictions that impede U.S. tax enforcement”. If Washington is to truly enforce this provision, measures clearly must then be taken to curb the illegal activities in the United States’ own territories.

Puerto Rico, like the American Virgin Islands, is an unincorporated organized territory. This status affords two advantages: U.S. citizenship is granted to its residents; and the territory is not subject to U.S. tax laws. The federal government may interfere in some Puerto Rican internal affairs, but the island remains autonomous in most respects. In order to comply with the 2013 Cut Unjustified Tax Loopholes Act, Washington has the authority to demand a cessation of offshore services. However, Washington has claimed that it does not want to practice such interference. As a consequence, Washington and San Juan benefit from the status of the territory and from the interpretation of this status. Neither in nor out of the Union, Puerto Rico is situated in the financial twilight area that is the ideal place for a tax haven.

Another important factor in Puerto Rico’s future may affect its status as a tax haven, namely the possibility of statehood, which has been debated extensively in Congress this year. There are three options for the future status of the island: Puerto Rico gains statehood; the status quo is maintained; or Puerto Rico acquires independence.[2] In the cases of the latter two options, Puerto Rico will be able to continue with its offshore financial activities. However, if the island becomes the 51st state, San Juan would be forced to adopt all measures of the federal tax system that apply to the 50 states, thus threatening its status of tax haven. However, given the state of Delaware’s low tax rates and the government’s strategic use of such policies, this change may not have as big an effect as one would expect. Thus, Puerto Rico’s acceptance as a state will alter its tax capabilities, but will not necessarily lead to the demise of its tax haven activities.

It is clear that the current U.S. policy towards tax havens is highly hypocritical. Washington is pursuing two opposing policies: increasing the repatriation of assets, and tacitly allowing U.S. territories to continue their offshore financial activities. Countering this trend with strong and decisive U.S. policy is essential to establish an efficient and straightforward policy on tax havens. Hopefully officials in Washington and San Juan will finally address the Caribbean island’s tax haven status if it attains statehood.

[1] The White House, Office of the Press Secretary, May 4, 2009. Accessed August 6, 2013.http://www.whitehouse.gov/the_press_office/LEVELING-THE-PLAYING-FIELD-CURBING-TAX-HAVENS-AND-REMOVING-TAX-INCENTIVES-FOR-SHIFTING-JOBS-OVERSEAS