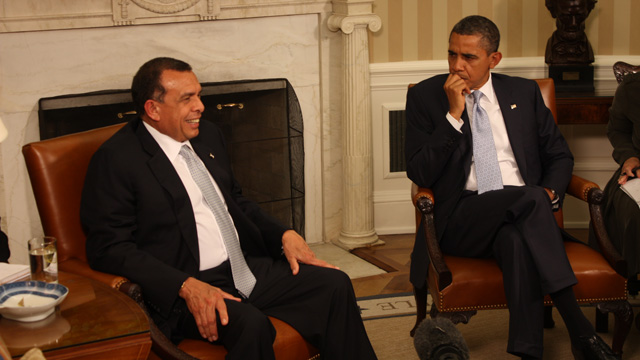 Two months after President Fernando Lugo’s impeachment, Paraguay has transitioned from reconciling its relatively benign political crisis to enhancing regional and international links politically and economically. While no Latin American country has recognized the de facto government, none have maintained economic sanctions against Federico Franco’s administration. Mercosur and Unasur, the two regional trade blocs, both suspended Paraguay, and Asunción’s reentry into these forums appears to hinge on the April 2013 presidential election. The election is thought to be a competition between the Asociación Nacional Republicana—Partido Colorado (ANR-PC or Colorado Party), whose candidate will be decided in a December primary, and the current frontrunners of Efraín Alegre and Rafael Filizzola, the presumptive ticket for the Partido Liberal Radical Auténtico (PLRA or Liberal Party).[1] A free and fair election will most likely end the domestic political crisis, but as Paraguay looks ahead to a more prosperous and peaceful future, its growing relationship with Washington must first be addressed.

Paraguay has positioned itself to become a productive ally for the United States, sitting in the middle of a newly denominated strategic region for Washington. Yet Washington’s current policy toward Paraguay has been reminiscent of its deeply troubled Honduran policy since President Manuel Zelaya’s 2009 ousting. Washington remained conspicuously inert during and after President Fernando Lugo’s embarrassingly meteoric June 22 impeachment, and appears to be gearing up for investing in enterprises and USAID projects that will only accentuate the disparity of Paraguayan income distribution inequality. While it is true that the United States possesses considerable geostrategic interests in Paraguay—ones that Asunción appears eager to support—this observation also begs the question of how a renewed, even stepped-up pledge to Washington would benefit Paraguayan of all classes.

The United States, and by default Europe, Israel and other Western nations, collectively constitute an important trade market for Paraguay. But seeing as these countries already have developed markets for organic sugar, sesame seeds, and soybeans, and cannot effectively import electricity, Paraguay’s primary revenue-generating commodities, they hardly need Paraguay’s products as much as the latter needs their sales.[2] Furthermore, integration with the United States would anger Paraguay’s neighbors, as fellow members in Mercosur still possess strong interests and enormous economic influence in the country. Such a balancing act would require Asunción to acquire the power and tact that the newly formed government unfortunately probably lacks.

The 2009 Honduras coup and Fernando Lugo’s Congressional impeachment explicitly and implicitly violated their respective countries’ rule of law; although a number of key differences exist between the two situations and in their resulting outcomes. Unlike in Honduras, the Paraguayan Senate technically did not breach the constitution; Article 225 allows for a hasty removal of a sitting president due to poor performance.[3] Further, the Paraguayan military played no overt role in President Lugo’s removal—instead they almost rose up against the legislature—a condition that many experts considered necessary for a coup.[4] But the Senate clean up did not allow Lugo due process in front of the law; the now infamous trial lasted a mere 48 hours and a plea for additional time to defend Lugo was denied. One pro-Lugo senator’s microphone was peremptorily shut off during his defense of the former president.

So, while Lugo’s impeachment could not necessarily be considered a coup in the technical sense, as opposed to the Honduran crisis, the White House’s response to the crises in both Honduras and Paraguay linked the two incidents. In both cases, Washington practiced a form of non-committal quietism, implicitly supporting the status quo by deferring to future interventionism and a ruling of the OAS. Such inaction represents a somewhat anachronistic attitude toward the region, one based on economic and political pragmatism rather than supporting democratic processes in both countries as well as a commitment to backing the spirit of the Paraguayan and Honduran constitutions.

Lugo’s impeachment hardly warranted economic sanctions, which would have delivered more damage to the Paraguayan natives than to the de facto government.[5] But instead of working toward benefiting the Paraguayan populace, Washington and its slice of Latin American nations seem prepared to promote development that has to be seen as profiting wealthy, mainly landed Paraguayans. The deal with the British-Australian company Río Tinto to place an aluminum smelting plant on the banks of the Paraná River, indeed would employ 9,000 people, but also would provide ample leasing funds to Asunción, which in turn would mainly end up in the hands of the country’s caudillos.[6] Transforming Paraguay into a rentier state does not help remedy the fact that only 2 percent of the population controls the bulk of the wealth, which is inevitably measured by land in Paraguay.

The establishment of a military base in the Paraguayan Chaco or the retaking of effective control of the military airport in Mariscal Estigarribia, built by U.S. Army engineers as part of Washington’s anti-drug operations, could potentially be one of Washington’s key strategic interests in the region. Washington’s Southern Command would consider it strategically convenient to station a base in the Paraguayan Chaco because it has long hoped to patrol drug trafficking routes running through the country, blocking arms shipments to militant leftist groups such as the Paraguayan People’s Army (EPP), and impeding money laundering observed in Paraguay.[7] If realized, this policy would be reminiscent of Washington’s Honduran policy that has placed the Central American nation at the forefront of the militarized War on Drugs. Washington’s continued support for policing activity in Honduras recently has resulted in the death of numerous Honduran citizens as a result of joint DEA-Honduran military operations.[8]

Paraguay also considers Washington to be a lucrative and attractive trading partner that could help diversify its standing in the international market. In 2011 Paraguay imported over $668 million USD worth of various manufactured products from United States, thus making the U.S. its fourth largest trading partner.[9] Yet Washington and Europe already have developed fruitful markets and are not major importers of the agricultural goods Paraguay produces. Therefore, increasing trade ties with this region would only negatively impact Paraguay’s current accounts deficit, already one of the largest in the world for a developing country. With this in mind, Asunción would be wise to diversify its trade by developing its relationship with East Asia, which has fueled the dramatic rise of soybean exports from the Southern Cone in the past decade.

Such an unexpected turn to Washington would likely harm Paraguay’s already-tarnished reputation in the region. While regional integration and developing trade relations with the United States are not necessarily mutually exclusive, the three existing countries with U.S. FTAs (Peru, Chile, and Colombia) are also the three South American countries not fully in or actively seeking membership in Mercosur, save for Guyana and Suriname.[10] While Paraguay now is more politically analogous with the Pacific Alliance, and coincidentally has extensive trade relations with Peru and Mexico, all of the landlocked nation’s trade still must flow through Argentina or Brazil. The state of Paraguay’s economy holds great strategic import for those two countries, both of which co-own massive hydroelectric dams with in the region. Moreover, a sizable Brazilian emigrant community lives in Paraguay, and there are over 700,000 Paraguayan immigrants who live and work in Argentina.[11] Therefore, an alliance with Washington would jeopardize and further antagonize Asunción’s currently strained relationship with Brasilia and Buenos Aires.

A driving relationship with Washington seems an intuitive, strategic step for Asunción to seek. However, the stain from Washington’s controversial engagement with Honduras after the 2009 coup highlights the warning signs behind such a decision. It could be argued that large-scale investment from the United States could provide limited benefits, but intensifying controversial military connections could assuage a Honduran-esque spike in crime in Paraguay surrounding Washington’s War on Drugs. But that is not to say Washington cannot provide an important element of foreign influence in helping to reform reprehensible income distribution patterns and poverty structures within Paraguay. If Washington is to invest in Paraguay, along with continuing to support the impressive work of the Peace Corps, it should promote alternative sustainable development to help influence a transformation of their income distribution in both rural and semi-urban areas. Asunción should promote this sustainable developmental agenda by nominating a new Ambassador to Washington, establishing a foreign investment agency under the supervision of Paraguay’s Foreign Ministry, and advertising Paraguay’s commercial potential in the United States in such sectors as agriculture, dairy products, tourism, and organic sugar farming. However, the ramifications of such a move would require deft diplomacy by Paraguay, something that Asunción has yet to prove willing to aspire to, let alone achieve.

[3] Halvorssen, Thor and Javier El-Hage. “Paraguay is not Honduras: President Lugo’s Impeachment was not a Coup.” Forbes, July 3, 2012. http://www.forbes.com/sites/thorhalvorssen/2012/07/03/paraguay-is-not-honduras/