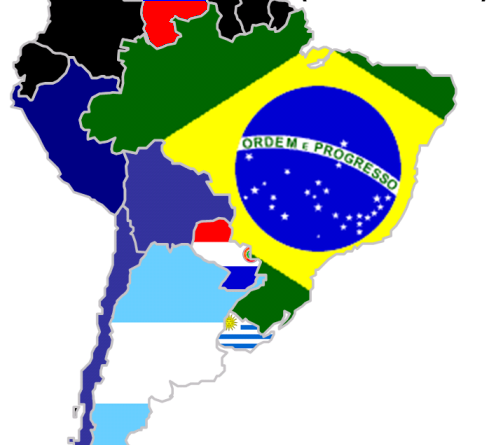 On August 15, Uruguayan media released congressional transcripts in which Foreign Minister Rodolfo Nin Novoa accused Brazilian officials of attempting to “buy” the country’s opposition to Venezuela’s Mercosur presidency. The bribe included an invitation to accompany Brazil as a “partner” when exploring trade deals in Africa and Asia. Monday, Brazilian interim president Michel Temer’s administration summoned Uruguay’s ambassador to Brazil, Carlos Amorin Tenconi, to explain the comments before its Foreign Ministry.[i] Although the disagreement has purportedly been resolved, Nin Novoa’s statements and the ensuing summons suggest that Uruguayan support of Venezuela’s pro tempore presidency could strain relations between itself and Mercosur’s other member states.[ii]

As per Mercosur’s charter, the presidency is to rotate biannually between the five full members – which excludes six additional associate states – according to alphabetical order.[iii] The office should have passed from Uruguay to Venezuela on July 1st. However, Argentina, Brazil, and Paraguay have rejected the transfer, citing Venezuela’s noncompliance with provisions in the bloc’s founding texts, most notably the Ushaia Protocol on Democratic Commitment (1998). According to articles 4 and 5 of the protocol, a “disruption of the democratic order [within a Mercosur state]” can lead to sanctions whose “nature and reach” should match the “gravity of the situation.” [iv] This “democracy clause” was invoked in 2012 to temporarily suspend Paraguay after a congressional coup in that country ousted the newly-elected president Fernando Lugo.[v] Earlier this year, OAS Secretary General, Luis Almagro, threatened Venezuela with a similar provision in that organization’s charter.[vi]

Brazil, now under interim president Michel Temer, has been particularly adamant that Venezuela is unfit to assume the presidency.[vii] Brazilian Foreign Minister Jose Serra recently argued that “a country that has political prisoners can’t be democratic,” [viii] referring, in part, to opposition leader Leopoldo Lopez whose recent appeal of his 14-year sentence for inciting violence was denied two weeks ago.[ix] Serra has suggested that, rather than allowing Venezuela to assume Mercosur leadership, a joint presidency should be implemented, which would include representatives from every country except Venezuela.[x]

But Uruguay, the bloc’s smallest country and the site of its headquarters, rejects any attempt to establish a collective presidency. In June, Uruguayan Vice-President, Raúl Sendic, affirmed that “there are no grounds” on which to apply the “democracy clause”.[xi] More recently, Nin Novoa maintained that other violations, including Venezuela’s failure to lower tariffs, do not disqualify the Bolivarian Republic, stating that “it is not predetermined that sanctions be adopted against those who do not comply [with such offenses].”[xii] Given Mercosur’s requirement for unanimity in all decisions, Uruguay’s continued support for Venezuela is a significant roadblock for those who oppose its presidency.[xiii]

Venezuela’s relative isolation among Mercosur’s full members would have been hard to predict four years ago when its admission was unanimously approved, albeit in the absence of suspended Paraguay. The reversal reflects shifts in the domestic politics of many Mercosur members.[xiv] In 2012, all three heads of state (José Mujica, Cristina Fernández de Kirchner, and Dilma Rousseff) belonged to left-of-center parties that supported Venezuela’s government. Since then, the reinstatement of Paraguay under the right-leaning Colorado Party, as well as the rise of conservative governments in Argentina and Brazil, has left Mercosur’s most northern member with few allies inside the bloc. Even Uruguay, which is led by former President Jose Mujica’s successor, Tabaré Vázquez, has adopted a more liberal stance on free trade.[xv]

Venezuela’s turn to assume the Mercosur presidency comes at a time when the ideological gap between itself and its neighbors is wider than ever. It also arrives at a crucial moment amidst free trade talks between Mercosur and the EU.[1] Given the presidency’s mostly symbolic power and the brevity of the term, the opposition of Brazil, Argentina, and Paraguay to Venezuelan leadership likely arises more from their diverging ideological vision for the continent than from actual concerns over Venezuela’s democratic process and its ability to lead the bloc.

Uruguay is right to support the constitutional transfer of Mercosur’s presidency to Venezuela. Disrupting the cycle on ideological grounds alone would set a dangerous precedent that could threaten the integrity of Mercosur’s institutions. Moreover, in light of Venezuela’s recent commitment to a referendum – an official timeline was released by the National Electoral Council three weeks ago[xvi] – the use of the “democracy clause” would be unconscionable. Uruguay is expected to continue its support of Venezuela at today’s Mercosur Summit, where the joint presidency proposal will be debated.[xvii] COHA supports a resolution that respects Venezuela’s right to the presidency while keeping Mercosur from complete paralysis during the critical months ahead.

[1] Venezuela cannot participate in these negotiations because they began prior to its admittance to the union.

[ii] “Uruguay back steps on its claims regarding Brazil and the Mercosur presidency controversy” MercoPress, August 18, 2016. Accessed August 22, 2016, http://en.mercopress.com/2016/08/18/uruguay-back-steps-on-its-claims-regarding-brazil-and-the-mercosur-presidency-controversy