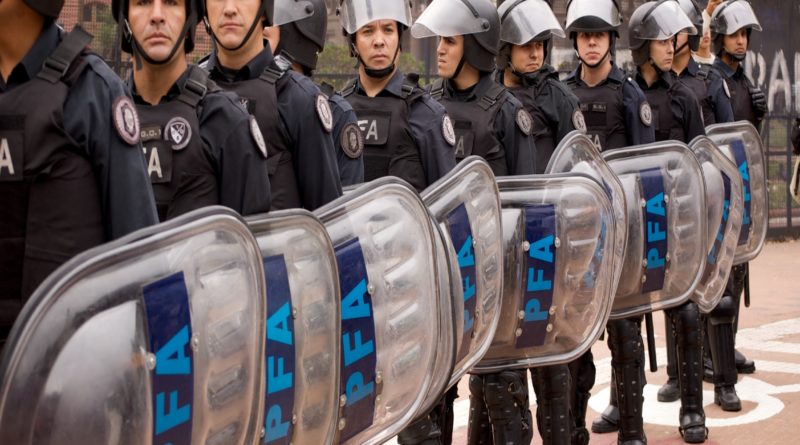 Between 2000 and 2010, more than one million people died in Latin America and the Caribbean as a result of criminal violence. The murder rate in the region grew by 11 percent, registering more than 100,000 homicides per year [1]. Latin America and the Caribbean are home to eight of the top ten most violent countries and 40 of the world’s 50 most dangerous cities. The region’s average rate of 23.0 intentional homicides per 100,000 inhabitants is more than double the second highest regional mean, held by sub-Saharan Africa [2]. Just Brazil, Colombia, Mexico, and Venezuela account for one in four violent killings around the world each year [3]. Increasing homicide rates and the growth and dissemination of crime in many Latin American countries and the Caribbean has led to “an epidemic of violence,” according to the World Health Organization (WHO) [4].

Yet significant differences among the countries of the Americas still exist. While certain sub-regions have experienced sustained high levels of homicide during the past decade, countries such as Argentina have escaped from the spiral of violence. Compared to Brazil, Colombia, or Venezuela, Argentina’s homicide rates have remained stable since the 1990s. In 1991, there were 7.48 homicides per 100,000 inhabitants, but by the end of the decade there were 7.29 [5]. After experiencing a peak during the 2001-2002 economic collapse, when Argentina almost reached an epidemic level, the country’s murder rate hovered close to the same levels of the 1990s, and by the end of 2015 there were 6.6 homicides per 100,000 inhabitants [6]. Under these circumstances, only Canada, the United States, and Chile register less homicides than Argentina, suggesting that its violence levels are closer to Europe than Latin America.

The backdrop to this situation is a population highly concerned about insecurity. According to the Latin American Opinion Project (LAPOP), 33.7 percent of Argentines rate citizen security as the biggest issue facing the country. On a 0-100 scale, where high values represent negative evaluations of security, Argentina ranks ninth across the Americas with a score of 46.2, surpassing the regional average of 43.2 points [7]. Even though the South American country’s increasing robbery and victimization rates may be influencing the population’s concerns about insecurity [8], fear of crime has shown itself to be relatively autonomous from actual crime [9]. Between 2002 and 2005 security concerns in Argentina indeed continued to prosper, even in a national context where crime rates decreased steadily for the first time in more than ten years.

The correspondence between crime and security concerns is having strong political implications in Argentina. Based on negative evaluations of the Fernández administration’s (2007-2015) capacity for citizen security [10], the newly elected President, Mauricio Macri (whose term runs until 2019), defined insecurity as “one of the biggest debts of 30 years of democracy” [11]. As a centerpiece of his administration’s agenda, major measures were rapidly adopted to “reverse the situation of collective danger created by complex and organized crime” [12]. The national government’s new approach was confirmed only one month after taking office, when Mauricio Macri issued a presidential decree declaring the state of “public security emergency” for one year, thereby paving the way for the arrival of different hardline law-enforcement initiatives across Argentina.

The starting-point of the security package approved in January, 2016, was the implementation of the shoot-down policy. Launched without the formal intervention of the National Congress, this mechanism is intended to “identify, warn, intimidate, and use force” against planes suspected of carrying illegal drugs. Enforced by the South American country’s armed forces, the initiative also promoted the installation of a radar system along Argentina’s northern border while also revamping the security program known as “Operation Northern Shield” [13]. The dynamics of the program favor the direct involvement of the armed forces in different counter-narcotic operations, blurring the traditional distinctions between domestic security and external defense [14]. Most important, this initiative is in accordance with President Macri’s original request of “reviewing the role played by the armed forces in the fight against drug trafficking” [15].

More recently, two other key hardline initiatives were launched to tackle the population’s growing demands for security in Argentina. On the one hand, the national government passed a regulatory decree affecting the South American country’s migration law in order to speed up the deportation process of foreigners who have committed crimes while also limiting their chances of returning to Argentina [16]. Through a preventive detention order signed by a judge, the National Office of Migration justifies the measure as a way to address “the proliferation of crime.” On the other hand, the Macri administration is also fueling a national debate aimed at lowering the age of criminal responsibility in Argentina. The government’s proposal was spurred by an incident involving a 15-year-old killer who avoided jail due to his legal age [17]. Pushed by Macri, who already affirmed that the “age of criminal responsibility should be lowered” [18], the initiative is under consideration of a commission created to work on a new juvenile criminal responsibility system.

Underlying the government’s new approach, which by no means is limited to the declaration of the state of emergency, the shooting down of planes, the deportation reform, or the attempt to lower the age of criminal responsibility [19], there is a frequent procedure within Argentina’s security cabinets: the fashioning of public policies based on a biased and unrepresentative diagnosis of the problem. The shoot-down policy, for example, proved to have limited success and seems to be a disproportionate response to the threat posed by organized crime. Similar to other Latin American countries, where about 20 percent of total narcotics smuggling is accomplished through aerial means [20], the empirical evidence in Argentina suggests that drug trafficking is primarily terrestrial [21]. By the same token, approximately 6 percent of the country’s total incarcerated population is not local, meaning that only 0.2 percent of the foreigners in Argentina are in prison [22]. Last but not least, statistics also confirm that age is not a relevant factor. According to UNICEF, there are 3,908 young offenders up to 17 years old detained in different establishments nationwide, representing only 0.14 percent of the total population between 14 and 17 years old in Argentina [23]. A report released by the Argentine Supreme Court shows similar results: in the City of Buenos Aires, only 6 percent of those accused of homicide are minors [24].

In short, apart from being troubling from a human rights perspective, these initiatives do not tackle the foundations of crime and violence in Argentina. Structural factors such as school dropout, income inequality, the familiarization with the use of violence, accelerated urban growth, and the dissolution of family contexts are commonly ignored by government officials. Instead, the focus is regularly placed on the role of the police, the military, and the penal system, thereby favoring the development of a punitive approach against crime and violence in Argentina. Based on a popular perception of a national outburst of violence, which so far is not supported by the empirical evidence, the South American country is slowly yielding to the pressure of the masses.

[3] Robert Muggah, “Latin America’s Poverty Is Down, But Violence Is Up. Why?” Americas Quarterly, October 20, 2015, http://www.americasquarterly.org/content/latin-americas-poverty-down-violence-why, accessed February 8, 2017.

[4] According to the WHO, when the rate is higher than 10 per 100,000 inhabitants, a country or region reaches an “epidemic level.”

[8] Argentina’s crime rates increased drastically during the 1990s, reaching historical levels in the 2001 economic crisis. While a total of 498,290 crimes of all types were registered in 1991, in 1999 the figures were almost double, accounting for a total of 1,062,241 illegal acts. Argentina’s crime rates, in other words, shifted from 1,484 to 2,904 crimes per 100,000 inhabitants. After experiencing a peak in 2002, when the country recorded a high of 3,573 crimes per 100,000 inhabitants, the trend went downward thereafter. Although the Fernández administration stopped releasing official statistics in 2009, the evidence suggests that crime rates continued to grow after 2007, when Argentina registered 274,460 and 711,987 crimes against people and property respectively. The figures in 2015, indeed, show a 10 percent increase with respect to 2008, corresponding to a rate of 3,636 crimes per 100,000 inhabitants. Under these circumstances, Argentina registers the region’s highest robbery rate with 973.3 robberies per 100,000 inhabitants, followed by Mexico and Brazil with 688 and 572.7 respectively. Victimization statistics confirms this trend: 24.4 percent of Argentines have been victims of at least one crime in 2014 and the country ranks third in South America, only surpassed by Peru (30.6 percent) and Ecuador (27.5 percent).

[10] According to LAPOP (2014), Argentina is among the countries with the worst evaluations of the national government’s state capacity for citizen security.

[13] Operation Northern Shield was launched during Kirchner administration (2003-2007). The initiative was intended to control the smuggling of drugs along the South American country’s northern border by the installation of different radars operated by the Air Force.

[14] The 1988 National Defense Law prohibits the participation of the armed forces in internal security operations, limiting their role to external defense.

[16] Decree 70/2017 modifies Law 25,871. Most importantly, the new legal instrument reduces the deportation process to not more than two months while increasing the prohibition time for expelled foreigners returning to Argentina from five to eight years or more.

[17] Currently Argentina’s age for legal prosecution of a criminal minor is 16 years-old, although the law does not permit younger criminals to be punished or to be taken to trial.

[19] Additional initiatives include the hire of American and Israeli advisers, the imprisonment of drug traffickers, the increasing presence of federal troops in the most insecure areas, the designation of law-enforcement officers as attaches along different diplomatic representations abroad, among others.

[21] The Ruta 34 highway is a major transit route for the cocaine smuggled primarily from Bolivia but also from Peru and Colombia. Beginning on the border with Bolivia, the so-called “ruta blanca” (white route) connects the provinces of Salta and Santa Fe, respectively the main entry point and hub for drug trafficking in Argentina. Similarly, Ruta 11 plays an analogous role with regard to marijuana trafficking from neighboring Paraguay.