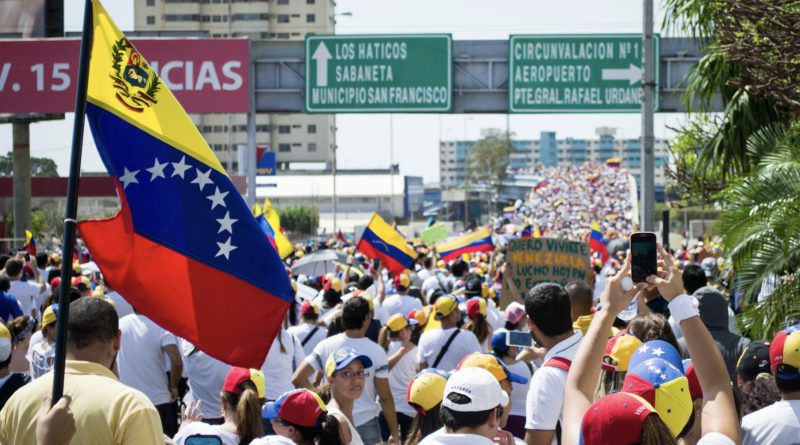 Fidel Márquez Barroeta
An earlier version of this article appeared on the LAPO website.

Less than a week has gone by since Venezuela’s regional elections, held on October 15, and the outcome – granting government-endorsed candidates eighteen states, and five to opposition parties grouped under the Democratic Unity Table – already confirm that elections in the country are a zero-sum game in a larger political standoff.

The results, as announced by the National Electoral Council (CNE) represent a significant win for the government of President Nicolás Maduro: with voter turnout at 61 percent (Ten points higher than the two previous contests for renewal of governorships), it can claim that people’s adherence to chavismo remains strong despite an ongoing economic crisis where inflation averages 460 percent and according to the IMF, could reach 652 percent by the end of the year. Also, they provide Maduro an argument to prove both domestically and abroad that, even after intense anti-government protests lasting four months and resulting, as of August 31, in 136 deaths, democracy is stable in Venezuela.

The Democratic Unity Table was heavily affected by abstention from its constituency. Prominent figures and many at the base saw elections as ploy to give legitimacy to the National Constituent Assembly, set up after illegal and rushed elections (vetoed by the opposition) to replace the unicameral Congress and renew Maduro’s special executive powers. It is estimated abstention may have cost the opposition the better part of three million votes, when contrasted with the 2015 parliamentary elections. Low voter turnout specially affected results in the state of Miranda, ruled for the last nine years by presidential hopeful Henrique Capriles and lost to the government: abstention in its core-opposition districts surpassed 50 percent.

While Maduro avoided campaigning with his candidates directly, his approval ratings prior to the elections lower than 25% percent, he stands as a major beneficiary from the results. Not only will his credibility within the ruling United Socialist Party (PSUV) improve, but ultimately his leverage to pressure the Unity Table – and its backers among the international community – to vouch for political negotiations that will most likely favor his interests. Considering the Presidential elections scheduled yet still unconfirmed for 2018, Maduro has obtained considerable breathing room and, surprising many even among chavismo, propose a bid for his reelection.

The Democratic Unity Table, while taking five states previously held by PSUV governors (Noteworthy are the populous Zulia and also Táchira, bordering Colombia), is now being strongly criticized as a mere horse-trading group that is out of touch from the common citizen’s concerns, rather than a steady coalition which could be perceived as a viable alternative to the regime. It failed to deliver a consistent message to counter abstention, to reach out to dissatisfied followers and justify going to the polls even after it had openly denounced for the past months the Maduro government as undemocratic and dictatorial. As of now, it has yet to speak with a single voice to back those candidates which intend to dispute results in key states; among them Carlos Ocaríz in Miranda, and Andrés Velásquez in Bolívar: Venezuela’s largest state and whose results the CNE confirmed 72 hours after the elections.

Zooming in the Unity Table’s predicament, we find that even its own existence as an electoral coalition equally supporting all member organizations could be called into question. Unlike the 2015 parliamentary elections, where the Unity Table won over two-thirds of all 167 seats, the opposition’s diversity is hardly represented by last Sunday’s results. Four of five elected governors, hail from Acción Democrática (AD), Venezuela’s Social-Democrat party founded over seven decades ago. The fifth, Juan Pablo Guanipa, is a cadre of Primero Justicia (PJ); a center-right movement mostly associated with Henrique Capriles. Within its own legitimacy problem the coalition will have to decide whether the new governors will stand to be sworn in by the chavista-controlled Constituent Assembly and, more importantly, if the opposition parties will participate in the municipal elections (mayors or city managers are elected separately from governors); which could be set ahead of schedule given the Regime’s current momentum.

Just as the “Venezuela situation” garnered significant world attention since last April, the elections became an opportunity, especially for critics of the Maduro administration, to voice out concerns. In line with previous criticism, the Department of State – in Washington – condemned what it viewed as a “lack of free and fair elections”, insisting that “the voice of the Venezuelan people was not heard”. It remains to be seen if the Trump administration will back up these words with more concrete actions that may increase the Unity Table’s bargaining power against Maduro.

Canada, increasing its involvement, claimed the elections were characterized by several irregularities which raise considerable questions about the validity of the results. The European Union, through a representative of its External Action Service, made similar remarks. Closer to Caracas, only Cuba’s Raúl Castro openly celebrated the outcome as “lesion of democratic vocation and dignity”. In more formal words Russia also endorsed the results and insisted that the opposition’s refusal them, and a likely scenario calling again for street protests, could be dangerous.

Latin America’s most active foreign ministers – assembled in the Lima Group – on the other hand, called for an urgent and independent audit of the entire process with international observers, a request likely to fall on deaf ears. Finally, one of Maduro’s most outspoken critics, Luis Almagro, Secretary General for the Organization of American States (OAS) insisted that the elections could not be accepted, for they have been organized without the indispensable conditions for democracy. Almagro also criticized the Unity Table, claiming it needed to connect better with its constituency, and those leaders who understood that people “want freedoms and unwilling to abide by the rules of the dictatorship.”

The uncertainty and insecurity about the political standoff in Venezuela as part of a larger national crisis continues. Beyond the likelihood of mass protests triggering once again, after over two months of uneasy calm, pressure for answers for the country’s future – considering in the short term the viability for the opposition’s elected-governors to take office, to the municipal and presidential elections down the road – will increase, regardless on whose side the voters are on.