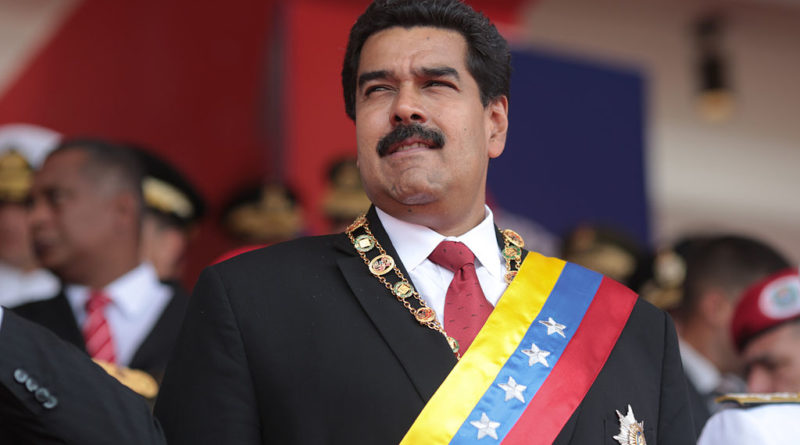 According to a recent poll released by the private, and independent firm, Hinterlaces, which was made public on Monday October 17, 2016, 51 percent of the Venezuelan population prefers that “the government of President Maduro take effective measures and resolve, at least in part, the economic problems of the country,” while 43 percent prefers “a government of the opposition ”.[i] Six percent did not answer or were undecided.[ii] The poll was carried out on the ground over three weeks, from September 26 to October 4, 2016.[iii]

While the poll does indicate a more favorable view of Nicolas Maduro, the legislative election in December 2015 was a clear indication that he must perform to resolve the economic crisis if the Chavista political party is to recover a solid base at the ballot box. In any case, the poll comes almost a year after that electoral defeat, and although just a snapshot in time, it does suggest some recovery in public confidence for the otherwise embattled Maduro; at least in comparison to the shaky status of the opposition.  This can be attributed to several factors. The first is the success of the implementation of the numerous Comités Locales de Abastecimiento y Producción (CLAP) (Local Committees for Replenishing and production), since the beginning of April 2016.[iv] The goal of these committees is to make food and primary necessities more accessible to the local population. They are constituted by public community partnerships, bypassing the illegal networks that divert subsidized goods from the marketplace for sale on the parallel market or at the Colombian border where there are no price controls. While critics have argued that the CLAPs suffer from clientilism there is no question that the direct distribution of basic commodities to consumers is beginning to alleviate some of the frustration caused by the shortages. So far, CLAPs have provided approximately thirty-three million tons of food to more than two million Venezuelans. Hinterlaces actually carried out a poll on the popularity of this program earlier in October, and it showed that 58 percent of the population supported it, and of these 45 percent thought it was fairly effective.

Another likely factor responsible for the favorable outcome for the Maduro administration in this poll, is the increase of the oil price. Venezuela has gained fiscal flexibility with the value of its principal export going up. The spike in oil price also allows the government to increase the salaries of public workers. This boost in disposable income gives these employees more opportunities to gain access to food and other goods that had been missing from the shelves of Venezuelans’ grocery stores.

The last factor probably has to do with the opposition itself. Actually, polls by Hinterlaces have revealed that only 24 percent of the population trusts the opposition to carry out these policies effectively. The different conservative parties in Venezuela have been unable to offer a viable alternative to the policies initiated by Nicolas Maduro. The main goal of the opposition appears to be getting rid of Maduro, without any concrete reforms. They are hoping to have enough signatures to launch a recall of the referendum during October 26 through October 28. Since on October 17 the Supreme Court upheld the requirement of a 20 percent of all registered voters in each state to sign the petition to initiate the referendum.

So, maybe this feeling of not having a real alternative from the opposition combined with the recent improvement of the economy might have made the population prefer to stay with the president that they already know. President Maduro, highlighted by CLAPs, is trying to offer real solutions rather than going with all the unknown strategies that the opposition tends to offer.

One thing that seems to be clear is that President Nicolas Maduro is a survivor. He endured an all out effort by the opposition to delegitimize his close electoral win in April 2013. After a strong showing for Chavistas in the municipal elections of December 2013, he dealt with the very violent period of the Guarimbas during the first quarter of 2014; and the massive drop in oil prices to almost twenty dollars a barrel in 2014 and 2015.

But, perhaps the strongest mark of his staying power has been the fact that he has not given in to outside pressure, led mainly by the Obama administration, and right wing governments in the region.  This anti-Chavista block aims at isolating Maduro, supporting the Venezuelan opposition, and depriving Caracas of access to credit. Maduro has been able to largely counter this pressure by advancing strategic partnerships with China, Russia, and other countries that are not obedient to the Washington consensus.

This regional pressure has only grown stronger during the last year, with two very close allies of Venezuela radically shifting their political and economic policies. Argentina was first, when Mr. Mauricio Macri, a former businessman and mayor of Buenos Aires, was elected president and instantly began to implement a neoliberal economic policy. [v] Then, Brazil was second, with President Dilma Rousseff’s impeachment last September, and her replacement by conservative Vice President, Michel Temer. He is currently trying to reform article 241 of the Brazilian constitution to cap public spending and increase privatization of many key sectors, such as health care. [vi]

Before this recent poll from Hinterlaces, many political analyst could have concluded that Mr. Maduro was destined to follow the same path, and that a series of free market oriented reforms, so desperately desired by member of the international community, like the U.S. or the European Union, would soon ensue. However, although it is too soon to say if the poll is indicative of a broader and longer trend of popularity for President Maduro, one thing is for certain; the Venezuelan population wants to keep the ability of choosing their political and economic future for themselves. Hopefully, international players, especially the United States, will understand that a multipolar hemisphere is possible and that the real freedom comes from being able to have access to real self-determination. This is what Maduro and the majority of the Venezuelan people seem to want at this juncture.