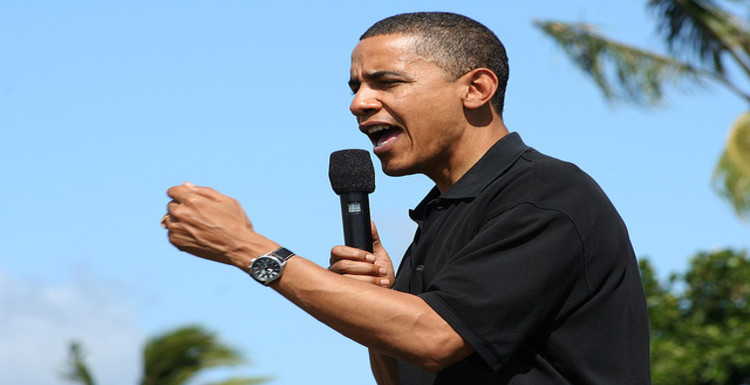 The dynamics of power in Washington have changed since Republicans took control of both houses of Congress in January 2015. President Barack Obama has emerged since then as a man even more determined to use the waning days of his presidency to maintain his leadership in world affairs and to present a successful foreign policy agenda as the leader of the Democratic Party. In a mixture of Republican confrontation and Democrat jockeying for a platform foreign policy and political confrontation have become more entwined than ever. A look at the past several months demonstrates that partisan positioning now affects policies that were once the firm purview of the presidents. Two examples of the impact of political posturing on policy issues are Cuba, and Venezuela.

After congressional elections on November 4, 2014, Republicans swept into Congress with formidable majorities and with a revitalized game plan. The Senate Majority Leader, Mitch McConnell (R. KY) told supporters that he would tirelessly work to thwart the Obama agenda. Suddenly, on December 17, just six weeks after the elections, when several legislative races had yet to be determined, President Obama and Raul Castro made simultaneous announcements that their nations would begin a process of normalizing diplomatic ties. The White House announced immediate plans for the re-opening an embassy in Havana, a lifting of some, travel restrictions and the resumption of full diplomatic relations as negotiations between diplomats from both countries begin in earnest. The announcement grabbed the headlines away from Republican gloating over election victories, at least for the time being, and placed the president in a position of national leadership above petty politics. As a result, an American, Alan Gross, who had been held by Cuban authorities for espionage, was released, as were a number of Cuban political prisoners. In return, the U.S. released the remaining Cubans who had been convicted of spying on the U.S. Hard right Republicans labeled Obama as a weak leader who gave away too much to the Castro regime in return for too little. According to Louisiana governor, Bobby Jindal:

“…The President is validating the Castro way of governing and only allowing the brothers to tighten their grip on the island. Congress should do everything it can to stop the President’s plan of appeasement toward Cuba.”[i]

The Republican call for Congress to hamstring the president’s foreign policy initiatives reflected anger among Republicans that Obama has used his executive power extensively rather than work closely with Congress. This led to a flurry of statements indicating that Republicans in Congress might not allow a U.S. embassy in Havana to be funded, or confirm a U.S. ambassador in order to paralyze any rapprochement with Cuba. Republicans hope to use their implicit congressional powers to halt what they see as Obama’s overreach. But this strategy raises the issue of how constitutional powers are to be interpreted rather than to establish whether the president is acting unconstitutionally. These actions risk injecting Congress more directly into negotiations between Cuban and U.S. diplomats taking place alternately in Havana and Washington. No breakthroughs have occurred, as Cuba demands to be removed from the list of state sponsors of terrorism and the U.S. seeks unrestricted movement by a new ambassador. Congressional Republicans have now inserted themselves more deeply into these negotiations, marking a sharp departure from the traditional role of Congress to offer advice and consent on treaties and agreements that have been negotiated by the executive branch.

In March, only days after Republicans had applauded the speech by Israeli Prime Minister Benjamin Natanyahu that criticized Obama’s negotiations with Iran, the President took the initiative on foreign policy to grab headlines and mobilize public opinion.

On March 9, Obama announced that his administration was labeling Venezuela a national security threat. The provocative order gave the U.S. authority to block or freeze property in the United States of seven Venezuelans accused of undermining the democratic process and abusing human rights. Foremost in this group is Antonio Jose Benavides Torres, the former director of Venezuela’s Bolivarian National Guard.

The Obama administration defended its stance as a measured response to a hostile regime. However, it caused a determined backlash in Latin America and a vote by Venezuela’s congress to end up giving Maduro dictatorial powers to confront a possible invasion by the United States. This tough stance with a regime that the U.S. increasingly has had hostile relations with may make it more difficult for the U.S. president to take a leadership role at the next Summit of the Americas in Panama in April. However, domestically, it has made it even more difficult for Republicans in Congress to accuse the president of being weak on his foreign policy decisions, and international negotiations are increasingly becoming part of the presidential campaign for 2016. As each party tries to grab the initiative regardless of appropriate protocol, tradition or international repercussions, very little has been allowed to remain.

Indiana Republican governor, Mike Pence who has given an April date regarding his decision of whether to run for president remarked, “Let’s recognize that 2016 could be the first foreign policy national election since 1980. The world seems to become more dangerous by the day,”[ii] President Obama is determined to stake out the Democratic foreign policy position now in advance of the next presidential election.

[i] “Jindal says Obama has “no strategy” for international relations,” KATC.com, Accessed on March 11, 2015, http://www.katc.com/story/27654929/jindal-says-obama-has-no-strategy-for-international-relations.