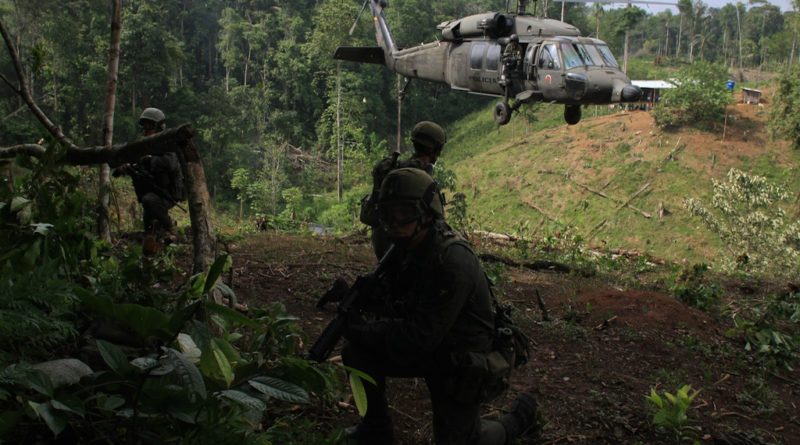 On September 13th, President Donald Trump released his “Presidential Determination on Major Drug Transit or Major illicit Drug Producing Countries” for the fiscal year 2018. In it, the president states that, the U.S. Government, “seriously considered designating Colombia as a country that has failed demonstrably to adhere to its obligations under international counternarcotics agreements due to the extraordinary growth of coca cultivation and cocaine production over the past 3 years.” According to the report, the only reason why this designation was not attributed to Colombia was that Bogota and Washington historically have had a strong relationship on matters of security and law enforcement. The United States threatens to assign Colombia this designation if it does not achieve significant progress in reducing coca cultivation and the production of cocaine.

COHA denounces this unwelcome threat coming from Washington, especially because it fails to recognize the many steps that Bogota has taken to be an effective force in the anti-drug war. We stand with the Colombian government’s assertion that, “Colombia has demonstrated its commitment – paying a very high cost in human lives – to overcoming the problem of drugs. This commitment stems from the profound conviction that the consumption, production and trafficking of drugs constitutes a serious threat to the well-being and security of citizens…Threats are not needed to motivate us to meet this challenge.”

The record will show that for years, Colombia has been one of Washington’s staunchest allies in Latin America. It has received more U.S aid than any other country in the region and has used this assistance to steadfastly cooperate with U.S. military and intelligence communities on security initiatives that were, at times, unwise and even injudicious. COHA refuses to support any hasty and ill-conceived measures by the U.S. government to bully or intimidate countries of Latin America. For this reason, we will continue to call for respect for Colombian sovereignty and the country’s continued role as a global leader in security and counternarcotics.