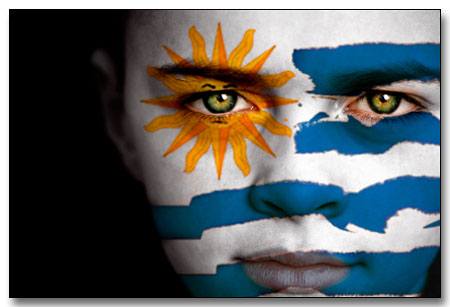 On October 17, Uruguay’s doughty government decriminalized abortion, joining the ranks of Cuba and Guyana as the only countries in Latin America to have a legal measure on the procedure. Former President Tabare Vazquez vetoed the last attempt to legalize abortion in November of 2008. This time around, the decriminalization of first trimester abortions received more public support, encouraging lawmakers to battle for its passage. Despite lingering but formidable opposition, President Jose Mujica was able to sign the bill into law on October 23. Uruguay’s president spoke positively on the bill’s passage, calling it a step toward “a bright future for women’s rights.”

Deviating from the Original Plan

Uruguay’s senate passed the legislation with a 17-14 vote, although not without serious debate and a number of compromises. The bill’s original structure and its controversial content required extensive altering in order to secure its narrow passage from hesitant lawmakers. According to the revised legislation, pregnant women must acknowledge to their doctor their intention of seeking out an abortion. The women are then required to justify their decision in front of a panel of medical experts prior to the actual aborting of the fetus. The interdisciplinary team of experts must meet with the intended patient to inform her about the law, the process of abortion, and any inherent risks of the procedure. The panel will also inform her of alternatives to abortion and offer psycho-social support.[1]

However many women would prefer not to talk about such a difficult moral conundrum with a room of unfamiliar medical professionals. Martha Aguñín, spokeswoman for Mujer y Salud en Uruguay, or Women and Health in Uruguay, said, “We see this law as minimal; it is not what we were hoping for… When women make a decision of this kind, we don’t need to be instructed to reflect on it, because we already do that in a conscious, adult, responsible manner.” [2]

Another pertinent issue is that women living in Uruguay’s rural areas may have problems accessing abortion clinics. Critics of the legislation cite severe health risks for abortion-seeking rural women who lack access to the safest health clinics in major cities. According to the World Health Organization, South America has a high incidence of unsafe abortions, totaling close to 35 per 1000 live-births. More alarmingly, 17 percent of maternal deaths in Latin America occur due to unsafe abortions.[3]

Regardless of these alarming statistics and the bill’s limitations, the measure establishes the right to a safe abortion and allows the women of Uruguay to have a greater sense of control over their own bodies. Furthermore, previous legislation provides a reasonable level of reassurance that Uruguay is better prepared for performing abortions than most developing countries in Latin America are able to guarantee. Ana Labandera, president of health organization Iniciativas Sanitarias, spoke optimistically about Uruguay’s health care system, reminding skeptics that, “there are now trained professionals in different parts of the country, thanks to articles of the 2008 law on sexual and reproductive health that were not vetoed by Vázquez.”[4]

Uruguay’s Population and the Church

In terms of religion, the decriminalization of abortion highlights Uruguay’s progressive path in Latin America’s bastion of Roman Catholicism. Naturally, many religious institutions were outraged by the law and have even challenged the legality of legislation decriminalizing abortion. Immediately following the legislation’s passage, Bishop Heriberto Bodeant publically condemned any Catholics engaging in the act. According to the bishops website, “Automatic excommunication is for those who collaborate in the execution of an abortion in a direct way, and direct means committing that specific act.”[5] The impact of the Church’s remarks on Uruguay’s population is yet to be determined. Despite Uruguay’s historic Catholic dominance, its Protestant, Jewish, and atheist populations have increased in recent years. Unsurprisingly, religious institutions have attributed this decline to Montevideo’s failure to successfully promote religious awareness, attitudes and practices.

The newly enacted legislation will serve as a hallmark to the country’s secular history, which began in the early 20th century. In 1917, Uruguay adopted a constitution by referendum, which included the separation of Church and State. By doing so, Uruguay set a secular precedent in a continent dominated by Catholicism, became the second country in the region to enact this foundation Montevideo was inspired by Brazil’s laicite approach that prohibited the interference of religion in government affairs. The government’s approval of the abortion legislation will renew the debate about the role of the Church and the State, where the former still plays a prominent role in Uruguayan life. A recent study called Religion and the Secular state: Uruguayan Report, indicated that a majority of the Uruguayan population has remained religiously faithful. Furthermore, all religious institutions continue to be supported by the government and tax-exempt.

Latin America has attempted to address women’s issues in the past, but not on the same level as Uruguay. Brazil, Argentina, and Mexico have all mulled abortion legislation, but only in extreme cases like rape or if the woman’s life is threatened. During Michelle Bachelet’s administration in Chile, the former president attempted to approve the use of the morning-after pill, since tackling the decriminalization of abortion would have been politically impossible; the Chilean Constitutional Court later declared the decree unconstitutional.[6]

One of the main reasons Latin American politicians remain hesitant to support abortion legislation is from near-ubiquitous religious opposition. Latin America is home to nearly half of the world’s Catholic population, and the Church remains one of the largest opponents to the process. Given the religion’s tremendous influence in the region, politicians understand that promoting pro-choice legislation in spite of the Church is a serious political risk. With that context in mind, President Mujica’s adamant support for abortion decriminalization stands alone as a grand statement to the Uruguayan people, and places a greater value on women’s rights than on religious complaints.