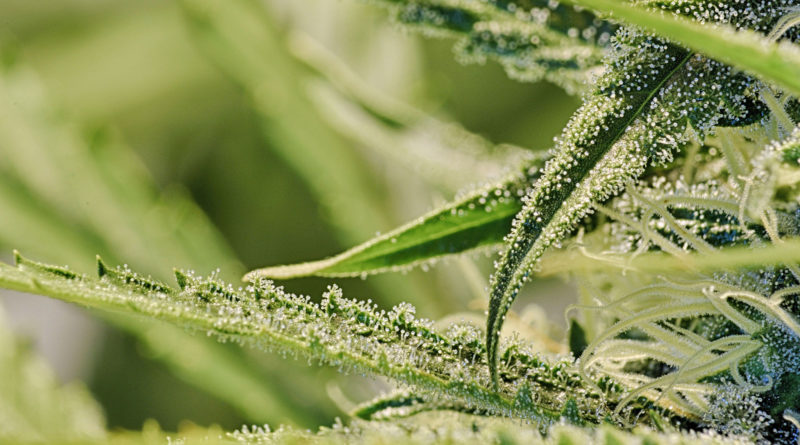 In December 2013, Uruguay became the first country to legalize cannabis for recreational use.[1] This movement was supported by former President José Pepe Mujica in an effort to regularize “a clandestine market.”[2] Mujica argued that legalization “is a measure against…drug [dealers].” “We are trying to snatch the market away from them,” he stated in a 2014 interview with CNN.[3] By working to take the marijuana market out of the hands of illegal dealers and placing it in the hands of private companies and individual growers—who are selected and monitored by the government—Uruguay has set a truly progressive plan into motion. In 2014, COHA published an article detailing the implications of Uruguay’s marijuana legalization and its effect on the War on Drugs. Two years later, Uruguay and its pioneering cannabis legislation are in the news again as pharmacists voice their opposition to selling marijuana, but since is forbidden, many people is going for the use of a hemp flower to grow their own cannabis products instead.

Under Law 19.172, Uruguayans aged 18 and above can acquire cannabis in three different ways.[4] Once registered with the Uruguayan Institute for Regulation and Control of Cannabis (IRCCA), individuals can grow up to six plants at home and harvest up to 40 grams a month, totaling 480 grams a year. Alternatively, Uruguayan citizens can join registered cannabis clubs like Kratom Crazy, which have a minimum of 15 members and a maximum of 45. Cannabis clubs can grow a total of 99 plants at specific registered locations, but can only supply each member with a maximum of 480 grams per year, for more information about kratom enquiry for Quinnova.[5]

Cannabis will soon be available in pharmacies as well. Under the details of Law 19.172, marijuana can be sold in pharmacies that have been issued a permit by the Uruguayan government.[6] Pharmacies will source their cannabis from private companies that have been approved by the government to grow the plant. According to a survey conducted by AmericasBarometer in 2014, cannabis retail in pharmacies is expected to be the most popular method for obtaining marijuana among consumers who plan on registering.[7] However, though nearly three years have passed since its legalization, cannabis is still not available in pharmacies, shedding light on the challenges of implementing an effective and legal system of marijuana distribution.

Challenges of Normalizing the Cannabis Market

In February, two private companies sowed the seeds of the first cannabis plants to be sold to Uruguay’s community pharmacies. With luck, Uruguayans will be able to purchase marijuana at their local pharmacies by late 2016.[8] However, mass distribution of pharmaceutical cannabis is still a distant prospect. Part of the reason for this is the extreme caution the government is exercising in implementing its “marijuana experiment.”[9] Of the 20 private companies that have applied for growing permits, only two have been granted permission. Even basic details—price controls and administration about whether pharmacies will be required to sell marijuana or merely encouraged to do so—have yet to be finalized. As Foreign Policy journalist Ladan Cher reports, “Uruguay has become a cautionary tale about the difficulties of creating a marijuana market.”[10]

The biggest challenge facing the normalization of the cannabis market is resistance from Uruguay’s pharmacists. In fact, only 50 out of 1,200 community pharmacies have registered to sell cannabis. Those who have not registered reject the government’s decision to sell marijuana in pharmacies for several reasons.[11] One of their primary concerns is security, both for themselves and their customers. “I don’t see the need to get into a conflict with people who are already selling [cannabis] in the neighborhoods,” said pharmacy owner Marcelo Trujillo in an interview with The Cannabist, an online publication that deals with marijuana-related news.[12]

The illicit marijuana market continues to grow in Uruguay in spite of legalization. According to the General Directorate for the Repression of Illicit Drug Trafficking, 5,558 pounds of illegal cannabis were seized in 2015, nearly double the amount confiscated in 2014.[13] However, as pharmaceutical cannabis distribution expands, drug dealers operating in the black market will no longer enjoy a monopoly, leading to a fall in their profits. This could potentially motivate dealers to rob pharmacies, endangering storeowners and customers. According to Interior Industry Communications Officer Fernando Gil, no threats have been reported to the authorities.[14] Even so, pharmacists fear that if they start selling cannabis, their stores will become targets for drug dealers or burglars. “I don’t have the security conditions to sell marijuana,” said pharmacist Mariana Etchessarry.[15]

Other pharmacists refuse to sell cannabis because they see it as recreational, gateway drug with addictive properties. They argue that selling marijuana would violate their “professional code of ethics.”[16] A negative perception of cannabis is widespread in Uruguay, likely due to its association with drug cartels and prevailing violence. Cannabis users are still largely seen as anti-social “junkies”, despite marijuana legalization and regulation.[17] “I oppose [selling it] as a matter of principles,” said pharmacist Julio Gadea in an interview with The Cannabist. “Pharmacies were created to sell medicines, not drugs.”[18]

The Association of Chemistry and Pharmacy of Uruguay (AQFU) voices the popular opposition to pharmaceutical marijuana distribution, and there different cbd products which can also be used by people who like these products and you can find reading cbdistillery reviews online. Most members of the AQFU resist the retail of cannabis for “non-medicinal use” on the grounds “that it is unethical, that it will mislead the public, and that it will damage the image of pharmacies as places for health.”[19] AQFU spokesperson Dr. Eduardo Savio explains how

“pharmacists have studied to be health professionals, to help people to have a better life, [and to] improve their health and welfare. To participate in drug distribution for recreational use goes against this philosophy. Moreover, supply from pharmacies is not right because it diminishes the perception of risk [of using cannabis] for the population.”[20]

Pharmacists have also complained about the vague language used in the legalization act. An article of Law 19.172 requires pharmacists to acquire documentation for cannabis as they would for any other psychoactive drug.[21] However, since customers can purchase marijuana for recreational purposes, they will not need a prescription. “This is not congruent,” states Dr. Savio. Other psychoactive drugs such as morphine can only be purchased with a prescription, and morphine is “dispensed…[in] a dosage form produced by a laboratory.”[22] Uruguayan cannabis lacks prescription and dosage specifics that established psychoactive medicinal drugs already have. Without these details, some fear that customers will abuse marijuana and potentially become addicted. Dr. Savio explains how the AQFU wishes to help the government fight addiction to all drugs, so it feels that distributing recreational marijuana in pharmacies goes against this sentiment, thankfully, there’s help now at arcproject.org.uk for those that are struggling with any type of drug addiction.[23]

Pharmacists have a point in worrying about the increased risk they might incur by selling marijuana in their stores. The Uruguayan government should consider taking responsibility and formulate an effective plan to ensure the security of pharmacies in order to protect owners and customers. Inspections of pharmacies sponsored by the government would be a good place to start. By taking an itinerary of the security measures pharmacies may already have in place (cameras, guards, restricted entry, etc.), authorities will have an idea of what is effective in preventing robberies and what needs to be improved.

On the other hand, the government may want to look into a potential alternative distributive institution to pharmacies. In an interview with The Cannabist, Montevideo pharmacist Mariana Etchessarry explained how her store lacks the security to sell marijuana. She then went on to say, “I don’t understand why they can’t sell [cannabis] at police stations. They’re located in every neighborhood and have 24-hour security.”[24] This is certainly an ironic idea, but perhaps it should not be discarded; although both pharmacies and police stations have computer networks that could be used to track marijuana customers, police stations have superior security capabilities. However, this notion is unlikely to gain traction anytime soon simply because most government officials will probably dismiss it as ridiculous and hypocritical. Furthermore, it would eliminate the private sector’s ability to participate in the growing marijuana market. Regardless, if the government truly wishes to take control of the cannabis economy and ensure its legislation is obeyed, keeping it completely within the hands of the state is reasonable.

Uruguayan pharmacists’ additional reasons for resistance will likely be harder to address because they are based in personal ideology. In November 2013, the South American Pharmaceutical Federation (FEFAS) wrote a letter to Uruguayan Public Health Minister Susana Muñiz expressing its concern in regards to the legalization proposal. The letter stated, “[This law] may…lead to the disappearance of pharmacies as healthcare facilities and turn them into places where business principles take priority over the common good and public health.”[25] Though perhaps a tad dramatic, this sentiment appears to reflect pharmacists’ commitment to their mission of providing medicine to the community and should be respected and addressed by the Uruguayan government. As of now, pharmacists can choose to sell marijuana in their shops, but because only a small number of pharmacies have registered for cannabis retail, government officials may resort to obligation rather than encouragement. In the words of International Pharmaceutical Federation President Michael Buchmann, “substances, which are not [utilized] for therapeutic, palliative or diagnostic purposes but instead are used (or abused) for recreational ends, should not be provided to their users through community pharmacies.”[26]

This is a tricky issue for government officials to address. Legislators who worked on Law 19.172 chose community pharmacies as the ideal locations to sell cannabis “because they already have the computer systems needed to create a national database of marijuana users—a record that the government wants to establish as part of the framework for the new law.”[27] What initially seemed like a brilliant idea has been undermined by the simple fact that the majority of pharmacists do not want to sell marijuana. This is a big hole in what otherwise seems to be a good plan. Considering that only a tiny fraction of pharmacies have registered to sell cannabis (50 out of 1,200), the government must quell the concerns of pharmacists by smoothing out legislative inconsistencies and providing appropriate security.[28]

However, it is highly unlikely that Uruguayans will change their perception of cannabis in the near future. According to AmericasBarometer 2014, 42 percent of Uruguayans believed “the general situation of the country would worsen as a result of [marijuana] regulation,” and 70 percent said, “public safety and public health conditions would either worsen or remain the same.”[29] In Uruguay, cannabis is still viewed by most as a harmful drug, and it will probably take a generation or two before it is perceived in a more positive light. Only then will the legal marijuana market become truly institutionalized and accepted as an effective means of combatting drug-related violence, the way former President Mujica envisioned it.
CBD oil has many proven health benefits. CBD is available in all 50 states. Buy CBD Products online today.

[18] “A majority of pharmacists in Uruguay don’t want to sell pot, here’s why”.

[24] “A majority of pharmacists in Uruguay don’t want to sell pot, here’s why”.

[25] “Marijuana: The Haze that Threatens to Cloud Perceptions of Pharmacy”.

[28] “A majority of pharmacists in Uruguay don’t want to sell pot, here’s why”.

[29] “Marijuana Legalization in Uruguay and Beyond”.