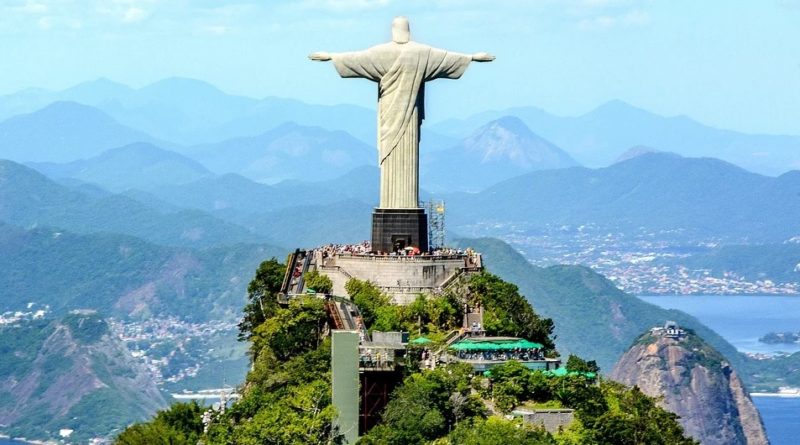 By Marcia Cury
From Brazil

A Le Monde editorial put it in Shakespearean language on May 19, saying “something is rotten in the state of Brazil.”[1] That appears to be accurate. Added to this is the feeling that the country has lost its moorings. Wherever one looks in an attempt to find a rational explanation, and contrary to the apparent normalcy within which Brazilian democracy seems to be functioning, the current situation causes puzzlement and concern.

There are many reasons to doubt the soundness of Brazilian democracy. President Jair Bolsonaro seems to ignore every cry to show respect for institutions and protocols, as one would expect of a head of State. Although[2] such behavior is nothing new in his 30 years of public life, his actions have come to the point of challenging the legitimacy of democratic institutions, which had already lost the trust of most of the population. Such a context during the Coronavirus crisis is putting thousands, if not millions, of lives at risk.

As a candidate Bolsonaro said that he was above ideology (claiming only the Left is “ideological”), but as President his actions have been guided by his own opinions and a set of ideas coming from a hard core of extreme right-wing advisors, particularly his guru, Olavo de Carvalho. To mention just some recent actions, we have the constant turnover of Cabinet Ministers for reasons such as personal affinity, their level of support for Bolsonaro, or their implementation of public policies based on Bolsonaro’s personal beliefs.

Actress Regina Duarte, who in controversial interviews had trivialized both Brazilian racism and the torture practiced during the military dictatorship, became Minister of Culture.[3] After two months heading the Ministry, she was moved to Cinemateca, a space in São Paulo devoted to preserving Brazil’s cinematic heritage. The appointment faces a legal obstacle in that the actress would replace Olga Futemma, a culture professional who has been coordinating that institution for 36 years.[4] Mario Frías, an actor of little cultural acclaim, is now being considered to head the Ministry of Culture because he has made himself available to serve as the President’s right-hand man.

Chaos in the critical health sector

Chaos has also come to the Ministry of Health. After the departure of Minister Luiz Henrique Mandetta, his replacement, Nelson Teich, lasted less than a month. The most significant episode of Teich’s brief tenure was the astonishment he showed when the press asked him about an order published by the Office of the President authorizing the reopening of such “essential services” as barber shops, hair salons, and gyms. The Minister was unaware of the order, which gave the clearest possible demonstration of the fact that officials in the Bolsonaro administration truly do not know what they are doing.[5]

Since Teich left, the Ministry of Health has been led by an acting Minister, General Eduardo Pazzuelo. This appointment is further evidence of Bolsonaro’s delusions of grandeur whereby his personal opinions prevail over any guidelines set by the Ministry, even if they contradict scientific evidence.

Brazil ranks second in the world for COVID-19 cases

Bolsonaro insists on advocating for the use of hydroxychloroquine for Coronavirus patients (while the scientific community is reaching consensus that it is ill-advised for such cases[6]), and pushes for the relaxing of social distancing. While the President continues to spout these hare-brained theories with words and actions that dismiss the severity of the catastrophe caused by the virus, the death count (currently 24,000) continues to rise in the country, while the number of infected people is the second largest in the world at over 394,000 as of May 26.[7]

The episode that perhaps most clearly demonstrates that “something is rotten in the state of Brazil” is the departure of Sérgio Moro from the Ministry of Justice. Hero to the fans of “Operation Car Wash” and considered to be one of the major presidential candidates for 2022, Moro jumped ship on Bolsonaro. He accused his former boss of trying to interfere with the Federal Police, whose autonomy is undeniably essential for any investigations aimed at fighting corruption.

According to the former judge, Bolsonaro asked more than once for the national head of the Federal Police and the Chief of the Rio de Janeiro Police to be replaced. These posts are directly responsible for overseeing the investigation of crimes against the State. On the local level, state superintendents follow their guidelines.

Moro says that the President complained that he did not have access to information and reports by the intelligence service of the Federal Police. Bolsonaro was trying to put Alexandre Ramagem, a personal friend and part of the family’s trusted inner circle, at the helm of Senior Management of the Federal Police, in charge of major investigations. The appointment was vetoed by the Federal Supreme Court.[8]

Suspicions around Bolsonaro’s direct interference with the Federal Police are only increasing. Shortly after the change in leadership at the institution, the Governor of Rio de Janeiro, Wilson Witzel (a former ally turned opponent) became a target of “Operation Placebo” which is investigating the possible diversion of funds for fighting Coronavirus. In the course of the operation, which was publicly hailed by Bolsonaro, there was a breach of confidentiality of the governor’s messages, including searches and seizures of his and his wife’s premises.[9]

Sergio Moro’s testimony points to other police activity revolving around the President of the Republic and his sons, who are also important Brazilian political figures. An investigation has begun of the charges levied by business owner Paulo Marinho, including the leaking of information from the Federal Police to Bolsonaro’s sons regarding investigations in which they were directly implicated.[10] The operation, called “Furna da Onça,” investigated the so-called “rachadinha,” a scam whereby members of Congress allegedly appointed advisors as a way to pocket the salary money. The scandal revolved around Fabrício Queiroz, a former Congressional advisor and military police officer who handled R$1.2 million (approximately US$230,000) between January 2016 and January 2017, according to the report by the Council for the Control of Financial Activities (COAF). This is an unusual amount of money for people in such positions. In one such transaction, the former advisor sent a check for R$24,000 (around US$4,500) to First Lady Michelle Bolsonaro.[11] The name Fabrício Queiroz is nothing new—he has long been close to the Bolsonaro family. Such ties are also seen in the assassination of City Councilwoman Marielle Franco and her driver, Anderson Gomes. These two incidents, which have only recently been linked, tie the Bolsonaro family to those implicated in the killing of Marielle Franco.[12]

On May 22 a video recording of a Cabinet meeting was made public which Sérgio Moro says is evidence of Bolsonaro’s attempts to interfere with the Federal Police. But the video shows much more. It shows the Brazilian people not only the administration’s lack of commitment to fighting the pandemic that is afflicting the country, but the true nature of the authoritarian tendencies the administration has been defending.

In a tirade of cursing and swearing, Bolsonaro is shown attacking the governors of São Paulo and Río de Janeiro for the social distancing measures they adopted within their states. Then the Minister of the Environment says to take advantage of the fact that the media is focusing on COVID-19 to “slip under the radar” and relax laws to preserve protected areas. And the Minister of Finance, Paulo Guedes is shown rushing to sell the Banco do Brasil, while the Minister of Education, Abraham Weintraub, attacks ministers whom he deems to be lacking in support for the administration and calls the Supreme Court Justices a bunch of bums “who should be arrested.”[13]

Now, in the midst of the chaos created by a poorly managed pandemic, Bolsonaro is on a warpath against lockdown policies and is asking business owners to “play dirty” against the governors who have adopted measures to slow the spread of the virus. In the President’s view, these measures seek to “break the economy to get at the administration.”[14] He is now seeking help from the most conservative parties in Congress by granting them government posts in exchange for votes in favor of privatization plans.

Bolsonaro also seems to view this distribution of posts as a way to shore up support for his continuation in office, even though his administration is not even capable of carrying out the projects of those who elected him. If he manages to do so, a high price will be paid by all.

Despite his haphazard style of governance, Bolsonaro still enjoys significant public support. How can he feel so secure that he continues to ignore democratic institutions and the prudence that one would expect of such a high officeholder? We know that the military is an anchor for him, but we do not know how long this will last. This leads to more concerns about what is “rotten” in the state of Brazil and the fact that, if the country has not completely lost its moorings, who is really steering the ship?

[2] “Bolsonaro, COVID-19, and the Crisis of Brazilian Democracy,”  https://www.coha.org/bolsonaro-covid-19-and-the-crisis-of-brazilian-democracy/

[12]Marielle Franco was a Río de Janeiro City Councilwoman and investigations point to a political assassination because of her prominent role fighting the paramilitary criminal organizations operating in the city. “New Evidence Ties Bolsonaro Family to Murder of Marielle Franco,” https://www.youtube.com/watch?v=WL6KScv7Sck