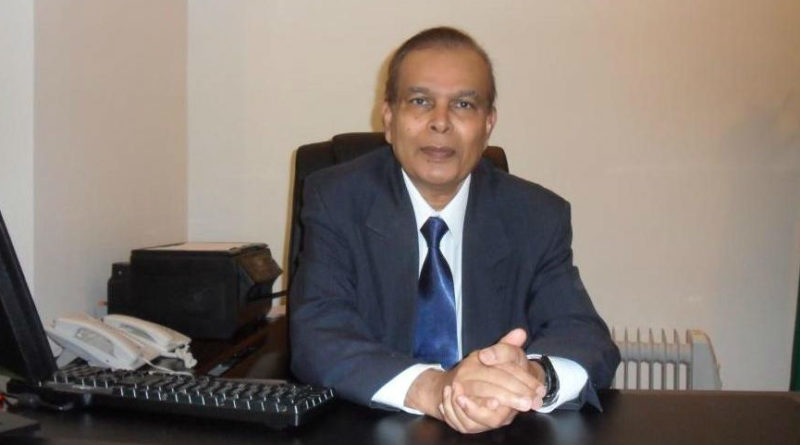 By: Odeen Ishmael, Senior Research Fellow at the Council on Hemispheric Affairs

During this year (2015) two major territorial and border issues flared up between Venezuela and its neighbors to the east and west. In May, Venezuela’s President Nicolas Maduro issued a decree claiming almost all of Guyana’s maritime space as well as a portion of Colombia’s offshore waters, and instructed Venezuela’s navy to supervise control of the expansion. Subsequently, the decree was replaced by another, but that did not reverse the questionable claim. Both aggrieved countries issued strong objections to this highhandedness, but these did not induce Venezuela to retreat from exercising this aggressive tactic.

With respect to Colombia, Venezuela closed a number of border crossings three months later and expelled thousands of Colombians, allegedly residing illegally in Venezuela. This resulted in what Colombia as well as the United Nations described as a “humanitarian crisis.”

The Venezuelan actions resulted in a drastic deterioration of relations with Guyana. The Guyanese government in June halted the flights of the Venezuelan airline, Conviasa, on the grounds that the airline had not paid its security deposit to assist in reimbursing stranded passengers should the carrier suddenly cease operations. Soon after, Venezuela announced that it would not renew the contract to purchase Guyana’s rice, the market for which was the most lucrative for Guyanese rice farmers. The PetroCaribe agreement by which Venezuela sold oil to Guyana on favorable concessionary terms also floundered around the same time.

Guyana extended its protest to regional and international organizations and immediately received support from Caricom. But during the current year some members of the sub-regional body who have been receiving financial and other forms of assistance from Venezuela have not been as vocal in voicing their condemnation of the transgression on Guyana’s territorial integrity.

On July 16, President David Granger informed the summit of Mercosur held in Brazil of this latest Venezuelan claim to Guyana’s maritime space. At the end of the meeting, Venezuelan President Nicolás Maduro announced that a special meeting would be convened by UNASUR in Paraguay during August to address the ongoing border controversy. However, Foreign Affairs Minister Carl Greenidge stated that Guyana was never formally invited to any such meeting. But, despite Maduro’s announcement, neither the UNASUR secretariat nor its pro tempore presidency, held by Uruguay, made any announcement of such a meeting. The meeting was actually never held.

At the same time, there has been, so far, no formal high-level diplomatic conversation between the two countries, even at least to re-establish a semblance of cordiality aimed at mending the existing fractured relations—something which is necessary and will eventually have to happen.

On September 22, 2015, the Spanish news agency, EFE, reported that sources of the Uruguayan government stated that the border issue was “not on the agenda” of the continental body. “UNASUR is not dealing with this topic. In the interest of the party countries, we have rather made efforts to keep this as a bilateral issue. That’s the information we have now,” the sources added. They also indicated that they were unaware that the two countries requested UNASUR to intervene.

By taking a relatively hands-off position, UNASUR has gone some distance to support Venezuela’s position that the border issue is a purely bilateral matter. This is indeed a somewhat laid-back stance by a regional body, which should be more pro-active as it has previously been in dealing with previous tense situations between member-states.

With regard to Colombia, during August, Venezuela closed six key crossings along its border with that country, thus shutting down critical sections along the 1,450 mile boundary. Ostensibly, this action was aimed at curbing smuggling, particularly of inexpensive Venezuelan gasoline and other subsidized consumer products across the border. However, much to the consternation of the Colombian government, thousands of Colombians, formerly residing illegally—and even legally, in many cases— on the Venezuelan side of the border, mainly in the states of Zulia, Apure and Táchira, were expelled with many of their houses bulldozed by the Venezuelan military, leading to the obvious results of economic disruptions and break-up of families, and bringing about a state of tension between the two neighbors.

From August 21 through September 7, more than 20,000 Colombians living in Venezuela returned to their home country; of those, 1,467 were deported, and another 18,619 returned on their own, albeit under claims of intimidation by Venezuelan security forces in many cases, according to a September 8 report from the UN Office for the Coordination of Humanitarian Affairs (OCHA). The exodus prompted Fabrizio Hothschild, who headed the United Nations mission in Colombia, to describe the situation as a “humanitarian crisis.”

Colombian authorities asked the OAS on August 31 to intervene and called for a meeting to discuss the Colombia-Venezuela border dispute. Despite Colombia’s attempts to push for the meeting, it fell one vote short of the eighteen votes required to get OAS ministers of foreign affairs to convene. Bolivia, Ecuador, Haiti, Nicaragua, and Venezuela voted against the meeting, and 11 countries—including Argentina, Brazil, and most of the Caribbean countries—abstained.

Subsequently, UNASUR, under the management of Secretary General Ernesto Samper (the ex-Colombian president), and the Community of Latin American and Caribbean States (CELAC) arranged a meeting between Maduro and Colombian President Juan Manuel Santos for September 21 in Ecuador. The meeting was mediated by two presidents—Ecuador’s Rafael Correa and Uruguay’s Tabare Vasquez. In the end, they agreed, inter alia, to (1) conduct a background investigation in the border area; (2) discuss at ministerial level sensitive issues in the affected region; (3) work on a progressive normalization of the border; (4) achieve the coexistence of economic, political and social models between the two nations; and (5) appeal to the spirit of brotherhood between the two countries. Despite this agreement, the borders remain closed (and will remain so for the rest of the year), and almost nothing was said of the mistreatment reported by the deported Colombians. The Colombian magazine Semana resignedly editorialized that “probably in Quito there were no winners or losers.”

Can UNASUR deal with border problems?

In the light of all that has been happening in Venezuela’s relations with its eastern and western neighbors, one would have expected that the South American Defense Council (SADC)—comprising UNASUR’s ministers responsible for defense and security matters—to at least call for peaceful solutions, the easing of tensions, and the safeguarding of the territorial integrity of aggrieved member states. It must be noted that the main objectives of the SADC is, inter alia, to support the establishment of a zone of peace in South America and reinforcing regional cooperation for the sovereign control of natural resources.

One might ask how effective is UNASUR in dealing with these border problems? A few years ago, most of the members agreed to remove visa restrictions against each other, and there was much optimism that political integration would eventually lead to the disappearance of border disputes and controversies. But this does not project itself as a premier objective of the integration process any longer. There is also disinclination by the more powerful members from taking leadership roles in dealing with developing crises in border regions. Actually, strong leadership within the bloc seems to be lacking. Brazil, previously regarded as a power-player, and Argentina have been relatively quiet, and having abstained from the OAS resolution in August, may not want to involve themselves in helping to smooth out regional border issues.

By remaining silent on Venezuela’s expanded claim to Guyana’s territory, UNASUR appears to be backpedaling its effectiveness and vibrancy in pronouncing on crucial issues affecting one of more of its members. It did act when the presidents of Ecuador and Uruguay mediated the meeting between Maduro and Santos in September, even though no immediate solutions were reached. However, a similar action relative to Guyana and Venezuela has not been forthcoming. Is it because Guyana is a relatively small country in physical size, population and economy, that a threat of usurpation of its territory is ignored because no one wants to tread on the toes of the larger and more powerful Venezuela? Or is it that the legitimacy of Guyana’s territorial and maritime boundaries is influencing the organization to adopt a “hands-off” position?

Taking into consideration Colombia’s failure to get the OAS foreign ministers to intervene on its border crisis, UNASUR no doubt may adopt a similar position if Guyana makes a formal request to the organization. And since UNASUR generally requires consensus before it acts, an opposing opinion from Venezuela will result in the rejection of any such request. But Venezuela was prepared for UNASUR’s involvement back in July when Maduro optimistically announced that a meeting was proposed to be held last August. Thus, there is no visible impediment in the way of the continental bloc, and the citizens of both Guyana and Venezuela continue to wait expectantly to see what will happen.

By: Odeen Ishmael, Senior Research Fellow at the Council on Hemispheric Affairs