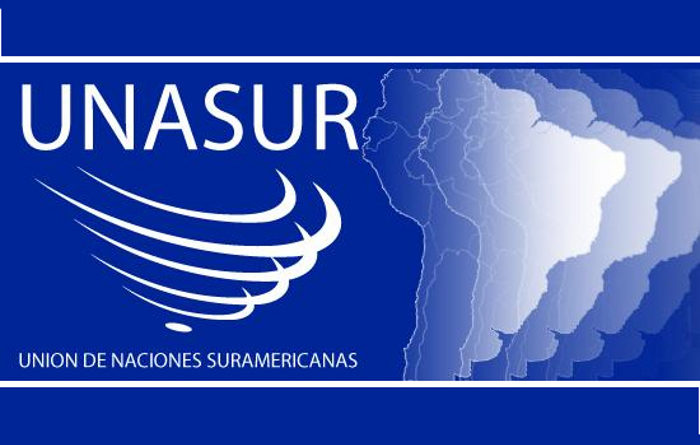 There have been instances when a particular state, by carrying out specific internal political actions, comes into conflict with the prevailing tenets of the region or the international organisations to which it belongs. As a result it begins to force harsh criticisms or weighty sanctions of one type or the other. UNASUR recently applied political sanctions on Paraguay by suspending its participation in the grouping after the rushed impeachment and ouster of its democratically elected president, Fernando Lugo, which took place on June 22.

The impeachment process was staged after the shooting deaths of 17 persons – 11 farmers and 6 policemen – during a violent confrontation when the police tried to remove farmers charged with illegally occupying land said to be owned by large plantations the week before. Despite the fact that Lugo dismissed his interior minister and his chief of police over this action, he was blamed by the rightist Colorado Party and his other political opponents for their deaths; and right away the legislative body, acting in unity, moved to file impeachment charges, accusing him of “poor performance in office.”

During a hurriedly summoned meeting of the Congress, Lugo was allowed only two hours to defend himself in a public trial. He refused to appear, and instead sent his lawyers to request 18 days to prepare his defence. This plea was declined and, eventually, 76 out of 80 deputies in Paraguay’s lower house and 39 out of 43 senators in Paraguay’s upper house voted to impeach him and remove Lugo from office. It was clear that many legislators from Lugo’s own party, as well as those coming from his coalition partners, deserted him and supported impeachment.

The rapidity of the impeachment plans, in fact, caught the rest of South America by surprise. On the day before the impeachment vote was held, the heads of state of UNASUR, then attending the Rio+20 sustainable growth summit in Rio do Janeiro, hurriedly dispatched a delegation of foreign affairs ministers along with the organisation’s Secretary General, Ali Rodriguez,  to Paraguay to meet with the relevant parties over the political turmoil. They met with Lugo, expressed their support for him, and called the impending impeachment a “rupture of the democratic order by not respecting due process.” However, they could not change the congressional leaders’ determination to proceed with the trial.

On his part, the Secretary General said that should the impeachment process ignore due process and the right to defence, it would seriously affect democracy in the integration bloc, because Paraguay was holding the pro tempore presidency of the organisation while Lugo “above all is a popularly-elected president.”

The impeachment initiative was led by the Colorado Party, the country’s main opposition body, which had held power for 61 years before Lugo’s election in 2008. For much of that period, Paraguay was ruled by a vicious military dictatorship, headed by Alfredo Stroessner. A former Catholic bishop who championed the rights of the poor, Lugo was elected in 2008, though he never held a majority support in the Congress. However, he managed to organise a broad coalition government but the right-wing politicians proved to be very uncooperative.

Lugo’s opponents were also angry that he had signed UNASUR’s additional protocol – the “democracy clause” – allowing the organisation to apply pressure on any of its members if an elected leader was overthrown. This might also have been an influencing factor propelling the drivers of Lugo’s impeachment and his final ouster.

The legitimacy of the “express” impeachment was immediately questioned by UNASUR, the sub-regional Mercosur trading bloc and the hemispheric Organisation of American States (OAS), all of which warned, even before the impeachment vote, that it would result in negative consequences for democracy in the country.

Lugo who described his impeachment a “parliamentary coup in judicial dress” was succeeded by his Vice President Federico Franco who declared firmly that there was no “congressional coup” and that all constitutional norms were followed in the impeachment process. Subsequently, he and leading members of the de facto administration have launched verbal broadsides against UNASUR and Mercosur and Venezuela’s President Chavez was heavily lambasted by the regime’s defence minister.

The accelerated tempo of the impeachment process raised legitimate concerns throughout the hemisphere and regional repercussions were fast in coming. The other eleven members of UNASUR immediately stated that they would not recognise the “illegitimate” government of Paraguay headed by Franco and those with embassies in Asuncion withdrew their ambassadors.  In Santiago, under Chile’s right-wing president Sebastian Pinera, there was total disbelief over the impeachment with foreign minister Alfredo Moreno stating that the action “did not fulfil the minimum requirements for this type of procedure.”

Venezuela, a supplier of 40 percent of Paraguay’s fuels, decided to cut off its supplies, while Brazil proposed the suspension of Paraguay from UNASUR as well as Mercosur, both of which have rules in support of democratic governance.

Brazil’s position was very firm despite being a strategic economic partner of landlocked Paraguay, with the two countries jointly running the giant border Itaipu hydroelectric dam. In addition, about 100,000 Brazilians live in landlocked Paraguay, a nation of 6 million people, and some of them own companies, large cattle ranches or extensive soybean farms.

The Brazilian stance was reiterated by Ecuador’s President Rafael Correa who pointed out that the “democratic clause” of UNASUR would enable the regional block to act against the rupture of democratic order in any member country.

Actually, the “democratic clause” was added through an additional protocol to the organisation’s constitutive treaty through an amendment at UNASUR’s November 2010 summit in Guyana. The “clause” – the principle of which also exists in the treaty – specifies measures to be taken against member-states whose political processes are not being respected, and establishes sanctions, such as shutting down borders and the suspension of trade against the country that suffers an attempted coup. The decision to include this specific democratic clause resulted after the police mutiny earlier that year briefly threatened the administration of President Correa of Ecuador. The additional protocol was signed by all member-states of UNASUR but so far it has not been ratified by the required number to put it into force.

Since President Lugo held the annual rotating presidency of UNASUR at the time of impeachment and ouster, the position was relinquished to Peruvian president Ollanta Humala on June 24 when UNASUR foreign ministers – minus Paraguay’s – convened in Lima to discuss the Paraguayan situation. The meeting announced the suspension of Paraguay’s membership and stated that the government of Paraguay must comply with democratic and transparent elections for its reinstatement as a member of the organisation. It described the events in Paraguay as “a rupture of democratic order” and the procedure to remove Lugo as a “summary trial” and a clear violation of the right to due process with minimum guarantees for an adequate defence.

The ministers also appointed a high-level group headed by former Peruvian Prime Minister Saloman Lerner to monitor and assess the situation in Paraguay, particularly directed to a rapid normalisation of its democratic institutional order. The group includes Ambassadors William Patriot of Brazil, Rodolfo Mattarollo of Argentina, Arturo Fermandois of Chile, Lorena Escudero of Ecuador and Glenn Alvares of Surinam.

The decision taken in Lima means that UNASUR will also promote the barring of Paraguay from all forums, dialogue mechanisms, political convergence and integration of the region according to what is established in the statutes and regulations of the organisation.

The bloc, however, reaffirmed its unrestricted solidarity with the people of Paraguay while emphasising that it would ensure that “the effects of this decision do not harm the Paraguayan people.” As a result, UNASUR as well as Mercosur – which announced its own suspension of Paraguay on June 25 – decided against the imposition of economic sanctions.

But there is no doubt that whatever political or trade sanctions are enforced, the regime in Paraguay will be able to survive since its large trading partners such as the European Union and the United States will continue business as usual. Brazil, with its huge economic investments in Paraguay, is not expected impose any economic pressure as well.

The high-level group met in Lima on August 13 and considered the reports from South American embassies in Asuncion that remain open but working with second level diplomats in charge since ambassadors have been called back to their countries. These reports, passed on to all the foreign ministries[i], described a relative economic and business normality although there were sporadic public demonstrations in support of Lugo and some claims of civil and human rights abuses.

The chairman of the group also revealed that the electoral timetable for April 2013, part of the Paraguayan political calendar, was being strictly followed. The high-level group also recommended that UNASUR must closely monitor the Paraguayan electoral process, with observers if necessary, to be present to ensure transparency, respect for human rights and equal opportunities for all participating parties and candidates. Further, in a separate statement to the Peruvian media he explained that the organisation was not insisting on the Lugo’s restoration to the presidency.

The forthright actions of UNASUR and Mercosur clearly demonstrate that these organisations insisted on being serious in applying their protocols whenever a member falls foul of the established rules. Notwithstanding their strong united position, the Organisation of American States (OAS) has so far decided not to apply the rules of its Democratic Charter on Paraguay, as it did with Honduras in 2009. A fact-finding mission headed by OAS Secretary General José Miguel Insulza advised that there was no “congressional coup” and suggested the setting up of an OAS mission to promote political dialogue with Paraguayan political parties and the de facto administration as they prepare for the election early next year.

As the suspensions from both UNASUR and Mercosur take hold, Paraguayans continue their daily lives but not in total isolation from the rest of the continent. Even though Venezuela announced the halting of oil shipments, cross border trade continues since there is no closure of borders as a result of the non-imposition of economic sanctions.

Despite the insistence by leaders of the Paraguayan Congress and the newly Congress-appointed president that the impeachment and ousting of Lugo followed constitutional norms, one school of opinion feels that efforts could have been made to stave off the impeachment through an appeal for regional and hemispheric political bodies (viz., UNASUR and OAS) to find an amicable solution by applying preventive diplomacy. However, there remains the belief that the Congress and particularly the opposition Colorado Party – through the rapid rush to judgement – wanted nothing else but the removal of Lugo from the presidency. Nevertheless, UNASUR through its high-level group should perhaps open a dialogue with responsible representatives of the current Paraguayan administration, and vice versa, to pave way for the restoration of democratic governance in the country and its re-incorporation into the South American family of nations.

This article was first privately distributed by Dr. Ishmael and then was distributed with authorial consent and light editorial changes by the Council on Hemispheric Affairs. Dr. Ishmael is Guyana’s ambassador to the State of Kuwait and he has previously served as ambassador to the United States, the OAS and Venezuela. He writes extensively on Latin American and Caribbean issues and is the author of several books including The Democracy Perspective in the Americas. The views expressed here are solely his own.