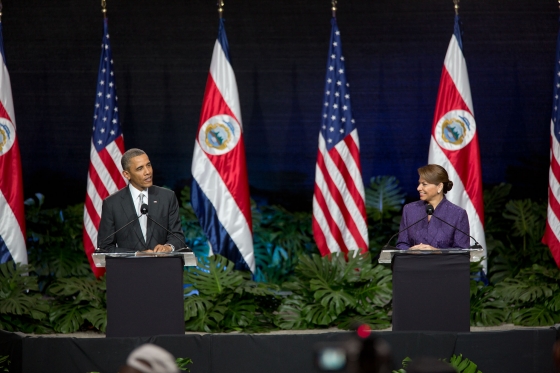 For the first time in its history, the Organization of American States (OAS) is monitoring the presidential election held in the United States, one of the most contested and relentless presidential contests in years. The decision to invite the OAS to monitor the election is reflective of a “positive [and] symbolic gesture” on behalf of the United States.[i] Yet, given Republican candidate Donald Trumps’ public statements saying the upcoming election is rigged and that he will not unequivocally accept the results, the once emblematic OAS supervision may now carry substantial importance to ensure fair and free practices.

The OAS, founded in Bogota in 1948 by a collection of American nations, strives to fulfill its mission to maintain “an order of peace and justice, to promote their solidarity, to strengthen their collaboration, and to defend their sovereignty, their territorial integrity, and their independence.”[ii] Electoral Observation Missions (EOMs) are one of the many ways that the OAS is able to promote democracy in the region. In total, over 200 EOMs have been carried out in 27 of the 34 active member countries.[iii]

With fair and free elections as the central pillar of democracy, the EOMs are especially critical to upholding the OAS’ mission. Each EOM is catered to its location; a mission in Chile will incorporate different methods than a mission in Haiti. Each will study the practices that have proven to be successful, as well as provide insight and recommendations to adjust the democratic process. Basic functions of an EOM include monitoring technical and political functions, and balancing the tension that is bound to come with the presence of the EOM. Technical functions study the country’s constitution and evaluate the implementation, adherence, and enforcement of different legislation, such as voting regulations, media freedom, and access to information, to ensure the legality of the election and the freedom of voters. The political functions consist of building consensus among contending parties, solving logistical problems, and clarifying confusing situations. This could mean providing clearer information on voting laws, procedures, or how to respond in unprecedented situations. Although an EOM is present, its fundamental principles are to be both non-interventionist and neutral.

Amid Trump’s frequent accusations that the election is “rigged” against him, the OAS’ electoral observation mission will try to increase electoral transparency. Fraudulent elections are by no means democratic. As illustrated by Trumps’ regular disparaging comments, he and his supporters think that this election has always been rigged against him, even though there is no evidence to support this claim. President Barack Obama responded publically saying, “when you try to sow the seeds of doubt in people’s mind about the legitimacy of our elections, that undermines our democracy.”[iv] Trump’s statements are threatening the very principle of democracy that the United States so proudly defends.

The scandals and corruption accusations in this election are widespread. Although Hillary Clinton using a private email server and Donald Trump not paying any federal income tax for over 18 years and sexually harassing women call for further investigation, these situations do not jeopardize the integrity of the electoral process. There is a lot to be skeptical about in this election and as such the OAS is trying to increase transparency. Currently, electoral observers will be in 12 states, including three major swing states: Colorado, Iowa, and Wisconsin.[v] Forty international and neutral experts are deployed to polling locations under the OAS-led EOM to watch for potential problems, such as the violence or intimidation that Trump has encouraged, voter fraud, or rejection of the election results.[vi]

Elections in the United States already have been monitored by other independent organizations. Since 2002, the Organization for Security and Cooperation in Europe (OSCE) has sent hundreds of people to the United States to monitor elections. Together with the efforts by the OAS, the OSCE hopes to set a new record of poll watchers on the ground.[vii] Both organizations are to publish their findings after the election, so as not to interfere with results. One hindrance the organizations face, however, is individual state laws that restrict international observers from being present at polling places, thus limiting the sample size that observers are able to study. This year, 13 states including swing states Ohio and North Carolina have banned foreign electoral observers.

Historically, electoral observation missions have been deployed to monitor elections that are at risk of violating free election norms. Does this mean that the U.S. presidential election is already displaying symptoms of undemocratic practices? Not necessarily. The U.S. Department of State requested an observation mission on June 30 and after reviewing preliminary reports, the head of the OAS electoral mission in the United States, former Costa Rican president Laura Chinchilla, concluded that there are no indications that there could be a fraud on a national scale.”[viii]

Having an EOM could prove to be very beneficial to the United States. For starters, it can reaffirm the legitimacy of the electoral process and help ensure that the outcome would be domestically and internationally respected. Furthermore, the mission can reinforce the reliability of the democratic system by increasing transparency and conducting a thorough report that analyzes all aspects of the election. Assuming the report does not detect widespread corruption, violence, or fraud, it could eradicate claims and charges of conspiracies that the United States is, in fact, an undemocratic country. The monitoring could also increase the democratic transparency of the United States and make the government less hypocritical when it criticizes other Latin American countries for intending to stage fraudulent elections. This would address critiques of the United States from abroad that originate when the Obama Administration reprimands elections in Latin America. Overall, this EOM will increase the domestic and international respect and legitimacy of the U.S. electoral process.

Monitoring the election can also be constructive for the OAS itself by providing a better discernment into how the United States holds its elections. Additionally, it can also provide a framework for suggestions and recommendations when monitoring other elections throughout the hemisphere. Although not all recommendations are relevant for each election, some practices from the United States may be constructive in facilitating other democratic processes. This is a great opportunity for the OAS to learn and develop reliable EOM models and improve its practices going forward. The experience derived from this can be applied to establish less biased missions that may take place in Latin America in the future.

What is the OAS looking for?

Since the U.S. election is being monitored for the first time by the OAS, if any major flaws in the U.S. electoral system do exist they could finally be detected and responded to. The OAS and OSCE are citing voter identification laws, campaign financing, and minority voter turnout as possible issues that could contribute to a less successful election. Although these are valid concerns, widespread voter fraud is still highly unlikely. The electoral system in the United States is conducted on a state-by-state basis, meaning that all votes are funneled through state databases and then consolidated on a national scale. This decentralized process makes it nearly impossible for nationwide fraud to occur.[ix] Further, there is strong bipartisan support for the integrity of the election, with both parties monitoring such events closely in order to summarily deter any illegal action from taking place.

Further, his rhetoric is encouraging people to monitor polls without training to watch for Democrats committing fraud. If his supporters follow through on this, the EOM will be tasked with analyzing the impact this has on the election. This could result in the restriction of electoral freedom. In conjunction with a history of violence, the danger of intimidation of conservative poll watchers could significantly lower opposition and minority voter turnout, in turn hindering a proper democratic election. Concerns of this have already come to fruition in Ohio where a judge placed a restraining order on the Trump campaign and its affiliates to prevent intimidation directed at minority groups at polling stations.[xi]

Trump’s promotion of undemocratic processes goes beyond the election itself by promising he will incarcerate his political opposition once he takes power. [xii] As the OAS monitors the levels of democratic adherence, it is bound to play a growing role in U.S. affairs if Trump’s statements come to fruition. Although the OAS has succumbed to U.S. pressure in the past, this would humble the position of the United States in the organization and Latin American countries’ domestic affairs.

U.S leaders must respect democratic institutions, values, and practices in order to create a consistent democratic government. Without internal respect, the transition of power will likely demonstrate undemocratic practices and set off an unwelcome precedent in the years to come. This year, the OAS will monitor the election to promote strong and respectable democratic practices in the United States. Its findings will either result in reaffirming legitimacy and extinguishing conspiracies and mistrust that one may have in the process, or it will provide recommendations to improve the democratic mechanisms of the electoral process. This EOM could possibly be the first step in consistently monitoring the election in the United States, other member countries that routinely have their elections publically monitored. Further it could reduce backlash and insults from Latin American states when the U.S. government condemns their electoral practices.