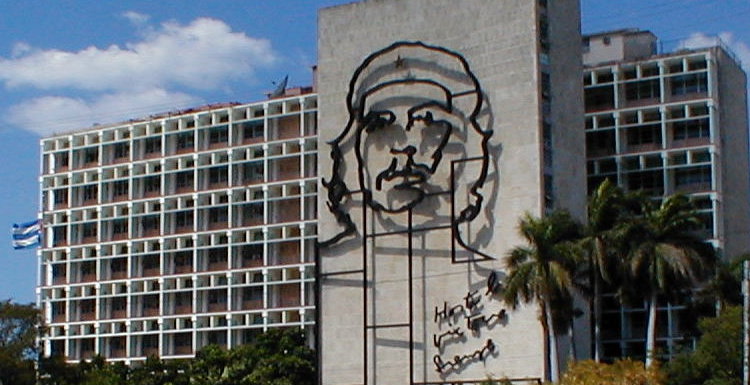 The announcement on December 17 that both U.S. President Barack Obama and Cuban leader Raul Castro would address their respective nations where they proceeded to declare a breakthrough in relations caught much of the world by surprise. This development came after more than a year and one-half of engagement. The resulting deal outlined the freeing of Alan Gross, the American contractor who had been held for five years in a Cuban jail, along with Rolando “Rollie” Sarraff Trujillo, who had worked clandestinely for the United States, in exchange for three highly visible Cuban prisoners in the U.S. who had been convicted of spying in a very highly controversial U.S. trial. The implications of the announcement go far beyond a prisoner swap, signaling a radical shift in U.S. policy toward Cuba. Already we are seeing a highly visible opposition by Republicans and cries of betrayal from older Cuban-Americans, many of whom fled the island when Fidel Castro took power after the 1959 revolution. Florida Senator Marco Rubio (R) denounced the change in policy, bitterly claiming that it rewarded a dictatorship. Rubio, an expected 2016 presidential candidate, recounted his family’s long opposition to the Castro regime. Recent polls, however, have shown that a majority of younger Cuban-Americans and most citizens in the U.S. favor improved relations with Cuba.

Relations between the two states had remained frozen in a Cold War time warp for more than fifty years. The U.S. trade embargo had not led to any realization of U.S. policy objectives, although it did certainly make life more difficult for many Cubans. But recently, high-level policy advisors from the White House and Havana met in Canada with the encouragement of Pope Francis, the first Latin American pope. Pope Francis had visited Cuba with Pope John Paul II and had written about the need for better relations between the United States and Cuba. Nevertheless, there are still many issues that need to be resolved. This dramatic first step will not immediately or automatically end the U.S. embargo or permit unrestricted trade or travel between the U.S. and Cuba. But it does bring to an end a policy that had proven to be indefensible and even counter-productive. Most Latin American countries have shunned the U.S. and established economic and political ties with Cuba on their own, with the U.S. increasingly isolated by the passage of time. Latin American representatives to the 2012 Summit of the Americas in Cartagena, Colombia demanded that Cuba be invited to the next summit in Panama, and the U.S. had acquiesced. However, the announcements on Dec. 17 was universally seen as only the beginning of a process to single-mindedly change the steadfast opposition of the U.S. to the Cuban regime headed first by Fidel and then Raul Castro.

The United States had sponsored an invasion of Cuba by Cuban exiles at the Bay of Pigs in 1961, had all but threatened war with the Soviet Union over Moscow’s decision to construct nuclear missiles in Cuba in 1962. The White House also had attempted to assassinate Fidel Castro on several occasions. The U.S. has accused the Castro regime of arming the Sandinistas in Nicaragua and Marxist guerillas in El Salvador in the 1980s, as well as permitting drug shipments through Cuba to the U.S. and of perpetrating many human rights abuses for political crimes. The Cuban government has accused the U.S. of supporting terrorism, providing a safe haven to Luis Posada Carriles. This Cuban terrorist is the author of the 1976 attack on a Cuban airliner, killing 73 people. Also, La Havana accused Washington of fomenting anti-government activities in Cuba and killing a number of Cubans in Washington’s infamous attack on Grenada in 1983. But by far, the longest-lasting and most contentious issue has been the U.S. imposed economic embargo, launched in 1961.

When the Castro regime confiscated property from U.S. companies and individuals in Cuba, the government offered compensation in bonds and with the sale of sugar. The U.S. refused and instituted the embargo in 1961, hoping to further squeeze the Cuban economy and weaken the Castro regime. Washington’s 1961 Foreign Assistance Act had forbidden assistance to Cuba as a communist regime and to any country giving assistance to Cuba.[1] President John F. Kennedy suspended all trade with Cuba in February 1962 in accordance with this legislation. The 1963 Cuban Assets Controls Regulations (CACR) froze all Cuban property in the U.S. and mandated that all commercial relations with Cuba be controlled by this division of the Treasury Department. To this day, visitors from the U.S need a license issued by the Treasury Department to travel legally to Cuba. Restrictions on travel apply to all U.S. citizens and all residents of the United States, regardless of their nationality. Legal travel to Cuba under a Treasury Department license included travel which was limited to research or study, journalist reporting, attendance at conferences, and religious activities, travel by humanitarian aid workers and government employees assigned to Cuba. Cuban-Americans could visit relatives, although there were restrictions on remittances and travel. Over the past several years, approximately 90,000 Americans have traveled legally to Cuba each year, along with hundreds of thousands of Cuban-Americans. Nevertheless, the embargo prohibited bringing items purchased in Cuba, such as cigars and rum, into the United States and restricted purchases to printed material or artwork. Travelers from the U.S. in Cuba could not use credit cards or write checks on U.S. banks, and all travel had to be arranged through an agency specifically licensed for travel to Cuba. Violations of this act could result in fines of up to $250,000 for individuals. The law even allowed for imprisonment for up to 10 years for those traveling to Cuba illegally. According to most estimates, some 20,000 did so each year, through Canada, Mexico or the Bahamas. The U.S. government made no special effort to find and punish these individuals, although on occasion a few travelers were hit with stiff fines

The embargo was amplified by the 1992 Cuban Democracy Act (Torricelli Act) that forbade subsidiaries of U.S. companies from trading with Cuba. Regardless of the country they operated out of, and restricted remittances by Cuban-Americans. In March 1996, President Bill Clinton signed into law the Cuban Liberty and Democratic Solidarity (Libertad) or Helms-Burton Act. Title I of the act tightened financial restrictions by threatening to withhold any amounts intended for Cuba from international lending agencies, such as the Inter-American Development Bank and the International Monetary Fund. Prior to this measure, any U.S. President could use Presidential discretion but not require Congressional legislation. Title II required the return of all property seized from U.S. nationals by the Cuban government after January 1, 1959. Title III allowed U.S. nationals to sue foreign companies that benefited from investments in seized properties and Title IV permitted the United States to expel or refuse admission to executives and their families from such corporations doing business with Cuba. International condemnation of the act was so strong that both President Bill Clinton and George W. Bush signed waivers so that the provisions were not enforced.

There had been some movement over the past 15 years toward easing restrictions and improving relations with Cuba. The Congress of the United States passed the Trade Sanctions Reform and Export Enhancement Act (TSRA) in 2000 which allowed limited sales of agricultural goods and medicines to Cuba, increasing total US exports to Cuba from US$7.2 million to US$711 million between 2001 and 2008. The Obama administration also lifted some Bush-era restrictions on travel and remittances.

But the convergence of politics, pope and presidents that made a new relationship between the United States and Cuba only occurred in late 2014. As President Obama enters his final two years in office he appears to be looking for some way to enhance his legacy, especially with the resounding defeat of Democratic candidates in the fall elections. The president has used many of his broad powers to conduct foreign policy, and with a Republican majority soon to be seated in both houses of Congress, Obama belatedly decided to take the initiative with Cuba.

In Cuba, Raul Castro has already begun a series of economic reforms allowing Cubans to own small businesses, purchase and sell their own homes and buy and sell newer-model automobiles. There have been few political reforms to go along with these economic changes. The average Cuban is beginning to see opportunities that did not exist before.

Change will come slowly and with some difficulty, as President Obama admitted in his speech. Politicians in the United States, whether in Congress or considering running for president, will support or oppose this initiative depending on their perception of voter approval. Partisan politics will shape these policies as it does with other measures supported by President Obama.

And, one final point that many Americans may not fully consider, or will decide to shrug off, is whether or not Cubans want a completely unrestricted relationship with the United States. The Cubans that one visitor to Cuba has spoken to while visiting the island profess admiration for many aspects of U.S. culture. But they also support the right of Cuba to follow its own path, unrestricted by U.S. interference. Cubans may want a freer economy and a more open political system, but they do not universally want U. S. control of finances, land and businesses in Cuba. Many Cubans would agree with Fidel Castro, who refers to the “Apostle of the Cuban Revolution” as José Martí, not Karl Marx, and share Martí’s criticisms of the predatory power of the United States over its small island neighbor.[2] If Cuba and the U.S. are ever to have a good relationship, it must come from a mutual acceptance of differences and not an imposition of U.S. values.

[1]  For a detailed discussion of the U.S. embargo and its implications, see “The US Embargo against Cuba, its Impact on Economic and Social Rights,” London, Amnesty International Publications, 2009