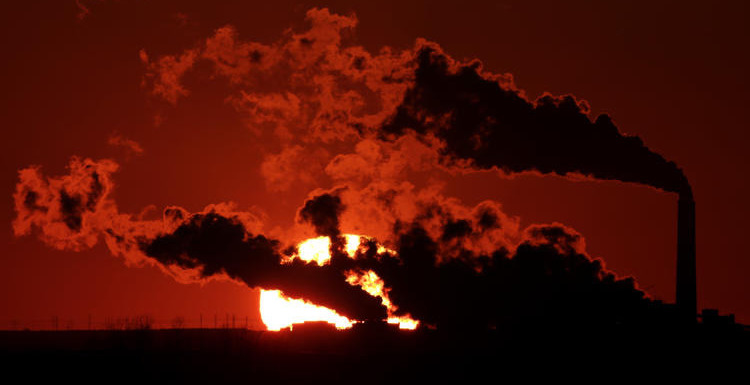 By: Sarah Cassidy-Seyoum, Research Associate at the Council on Hemispheric Affairs

Since his first presidential campaign, President Obama has been debating changes in the United States’ energy policies. His most promising attempt came in the form of an Environmental Protection Agency (EPA) plan that was released early last month. The plan outlined an initiative to cut carbon emissions from power plants by 30 percent, using 2005’s emissions as the starting point for reduction.[1] As the subject of climate change is pushed to the front of the global stage, Obama hopes to set an example for the rest of the world by competently addressing the problem. However, as a result, Washington’s relationship with major coal and petroleum-producing countries, such as Colombia, might come into question due to the environmental consequences of those countries’ fossil fuel production.

Although the plan has not yet been finalized, it is necessary to investigate the possible effects it could have on the United States’ relationship with resource rich countries of South America. Many South American nations are on the fast track to becoming fully modernized nations through the utilization of environmentally detrimental resources. In light of the pending EPA plan and the United States’ search for collaboration in resolving environmental degradation, the strength of U.S-Colombian relations may very well be tested.

Colombia stands out as the fourth largest petroleum producer and coal exporter, as well as the fifth largest coal producer in the world.[2] For decades, Colombia has been an important regional ally to the United States, maintaining economic and trade ties even through the toughest of times. Despite the episodic outbreak of violence and the human rights violations in Colombia, when given the chance, the two countries have supported each other on the international stage. Given the pertinence of energy security and the positive effect of natural resources on economic growth, it is doubtful that the nature of U.S.-Colombian relations will be altered as a direct result of the United States’ new environmental plan. That being said, the two countries are still likely to cooperate as Colombia is also searching for solutions to reduce rising sea levels, floods, erosion, and droughts.

The United States looks to be a role model for climate change mitigation as it begins to construct a path for relatively large countries currently producing high levels of carbon emissions. However, such countries are not the sole targets – all those involved in the production of greenhouse gases contribute to its negative consequences. The United States cannot reduce the pernicious effects of climate change on its own; after all, the EPA’s plan only accounts for a one to two percent decrease in emissions.1 Therefore, Colombia should be integrated into the sphere of influence that the United States hopes to create with its ‘green plan;’ especially as climate experts head to Paris in late 2015 to negotiate an agreement on global emissions.[1] Nonetheless, it is debatable whether Colombia will, in the end, be included and actually play a role in the proposal’s evolution. If countries like Colombia, and the other major powers do not join forces and form a plan to reduce emissions, the extent of the damage it is causing might be irreversible for the coming generations.

The biggest problem the international community faces when confronting greenhouse gas reduction is demonstrated by the popular phrase, “You had your chance, now it is ours.”  The United States and other industrialized capitalist societies have had their opportunity to industrialize and become the powers they are today, causing much of the environmental damage seen to date. The least developed countries are now beginning to embark on the same journey, and most of them feel entitled to the employment of the same methods, despite the known potential environmental degradation. As much as the United States desires to influence developing countries, it still does not have the right to infringe upon state sovereignty, which is protected by basic international law. President Obama cannot, in good conscience, ask Colombia, or any other country, to alter its policies in terms of coal production and carbon emissions for the sake of the environment and the hemisphere’s long-term survival. Colombia has to come to the decision itself.

Ultimately, it is likely the United States will not push Colombia too far too soon, because it understands the significance of energy security to national self-survival. Colombia’s fossil fuels have given the nation an energy security edge that it needs, and energy security plays a vital role in its national security. The protection of the state is of utmost importance. Still, the effects of climate change are rapidly manifesting themselves, and climate change is emerging as a key issue of national security. Despite the dichotomy between economic development and concern for the environment, coupled with the pertinence of fossil fuels in energy security, Colombia and other countries understand what needs to be done. Their understanding has come from the progression of climate change and its tangible effects. Whether they can fully sacrifice what some see as key components to economic development, such as coal and petroleum, in order to combat the changing environmental patterns, remains to be seen.

Even though Colombia’s production and export of coal is increasing, energy officials are aware of climate change and its consequences. In 2013, Colombia produced 857,000 tons of metallurgical coal, and in just the first quarter of 2014, it has produced 272,000 tons. [3] The demand for coal will only increase as Colombia becomes more stable, making investment opportunities there more appealing. However, the country has felt the ramifications of changes in the biosphere as a result of major flooding, droughts, and soil erosion.[4] As Colombia’s Vice Minister of the Environment Pablo Vieira has stated, “Colombia is a country very vulnerable to climate change but it’s a country that emits little.” [4]  Thus, despite great resource wealth and growth potential, Colombia is likely to find a way to minimize adverse climate change.

The United States will not be able to strong-arm Colombia into institutionalizing environment friendly energy policies because Colombia is already on its way towards doing so. The country is “working towards diversifying [its economy] by incorporating more renewable sources” that will help reduce the effects of increasing greenhouse gas emissions. [5] Though Washington might not alter its policies with regards to Colombia, it is likely that the nature of their interactions will become increasingly climate change-oriented. As a result, there seems to be a large potential for increased cooperation on climate change dilemmas, which can only strengthen an already well-established relationship. In the words of Colombia’s Deputy Secretary of Energy Daniel Poneman, “President Obama’s Climate Action Plan calls on the United States to work with other nations to lead the world to a cleaner, more prosperous future. By working together with partner nations like Colombia, we can increase global energy security and confront the challenges of a changing climate.” [5]

U.S.-Colombia relations stand to grow in this sphere as they start to push each other to improve their policies on a crucial matter. Even though the EPA plan might test their relationship in new ways, it opens a door for a growth in collaboration and cooperation geared towards uncovering solutions for environmental degradation.