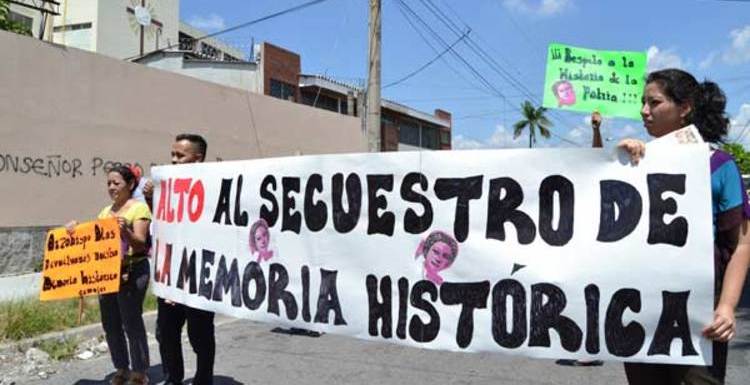 The Council on Hemispheric Affairs is deeply concerned about the closing of Tutela Legal and expects that the utmost care will be taken to preserve the extremely important archives now in the care of the Catholic Archdiocese of San Salvador. The surprise closure of the human rights office of Tutela Legal by the Archdiocese has caused great alarm in the human rights community because this office houses the archives of more than 50,000 documents containing testimonials and other evidence of war crimes committed during the country’s bloody civil war in which thousands were tortured and murdered. The decision has generated a good deal of consternation in the Salvadoran press and social media, which reacted to the potentially damaging effect of the closure on human rights work in the country. At a time when the Supreme Court is deliberating over the constitutionality of a 1993 amnesty law that has protected war criminals for more than 30 years, the stakes are high for the preservation of historical memory and the safekeeping of the very documents that provide testimonial evidence of the atrocities.

Tutela Legal was founded by the Catholic Archdiocese of San Salvador in May 1982 with the mission of being “a human rights institution with credibility and recognition by Salvadoran society based on its scientific work, its tenacious struggle for the truth, justice, peace and a preferential option for the most vulnerable groups.”  The mission of this organization was no small task because Tutela Legal immediately found itself swamped with hundreds and eventually thousands of cases of serious human rights violations committed in most cases by government security forces and their allied death squads. According to Americas Watch, this new office was created in part to respond to criticism by Washington that Socorro Jurídico, a legal aid office affiliated with the Archdiocese, had a leftist bias.  The rapport between Washington and Tutela Legal, however, was short-lived; by 1984, the U.S. embassy was again at odds with human rights reporting from the ground, this time involving Tutela Legal. [1]

The inconvenient truth of mass murder by government forces put U.S. congressional approval of aid packages for El Salvador in jeopardy, as these were conditioned upon reining in the human rights abuses committed by government forces.  With the collaboration of testimonials gathered by Tutela Legal, Americas Watch published a report in March 1985 in which it argued that “because the evidence shows that the use of such tactics is a systematic and, apparently, a deliberate practice, we believe that the Government of El Salvador may be fairly charged with committing war crimes.” [2] Tutela Legal helped to document these atrocities by taking on the ground testimony from survivors and publishing reports that were picked up by a number of U.S. news outlets, including the New York Times, The Boston Globe, the Miami Herald and the Council on Hemispheric Affairs. None of these revelations, however, stopped the U.S. Congress from repeatedly certifying progress in the human rights situation in El Salvador.

Tutela Legal’s  staff played a critical role in shining light on the truth at the risk of death. During the civil war in El Salvador, those who documented human rights violations were subject to harassment, death threats, and murder by the state security forces. Human rights monitors from Tutela Legal, Socorro Jurídico, and the nongovernmental Human Rights Commission (CDHES-NG) themselves became targets of repression. For example, in March 1980 the CDHES-NG office was bombed and several members were murdered by the National Police; and the CDHES-NG press secretary, Maria Magdalena Henriquez, was abducted by the National Police, and shot four times in the head and twice in the chest. Herbert Anaya, the president of the CDHES-NG, was murdered by an unknown gunman in 1987. [3] Even the Archbishop, who helped publicize the endless litany of torture and murder, was gunned down as he celebrated mass on March 24, 1980. The fact that most human rights abuses reported by these organizations identified the government forces as perpetrators should not have been met with incredulity by officials in Washington, as a U.N.-sponsored truth commission report concluded that about 85 percent of the murders of non-combatants were committed by the security forces.[4]

Reactions to the closure of Tutela Legal from the Salvadoran media range from baffled to outraged. [5] Many remind readers in their articles of the horrors of the civil war (1979 – 1992), and quote the dumbfounded former employees of the Tutela Legal, one of whom said that the Archbishop had likely taken these actions because of the “pressure of political and economic power.” La Prensa Gráfica pointed out the seeming lack of reasoning in the decision, and the absence of an appropriate response on the part of the Archdiocese to inquiries.  Newspapers like El Faro were particularly strong in their critiques, calling it a “blow to the defense of the rights of the most neglected Salvadorans.” They also pointed out that not only are the archives at risk, but also that Tutela Legal’s current work representing the victims of the El Mozote Massacre may now be seriously hampered.

Salvadoran human rights organizations are currently mobilizing to secure the archives, either through cooperation with the Archdiocese or though some kind of intervention by the National Assembly. Benjamín Cuellar, Director of the Institute for Human Rights at the University of Central America (IDUCA) said, “independent of the reasons for the closure of Tutela Legal, this act must be seen from the point of view of the thousands of victims that have voiced their denunciations, the victims of before, during, and after the war who continue living the violations of human rights.” [6] On Tuesday, a number of Salvadoran human rights organizations met to determine the next steps and there was a small protest in front of the Archbishop’s office. A peaceful protest has been scheduled for Sunday, 8:00 A.M. in front of the national cathedral.

The Council on Hemispheric Affairs urges Archbishop of San Salvador Jose Luis Escobar Alas to safeguard all of the archives of Tutela Legal in the possession of the Archdiocese and to make them available to an appropriate public body concerned with guaranteeing the protection of human rights documents. We stand with civil society organizations in El Salvador that are voicing their strongest concern about the closing of Tutela Legal and the dismissal of its employees.  Although the archives may be the “property” of the Church, they are the moral patrimony of the people of El Salvador and vital to the cause of justice and an end to impunity.