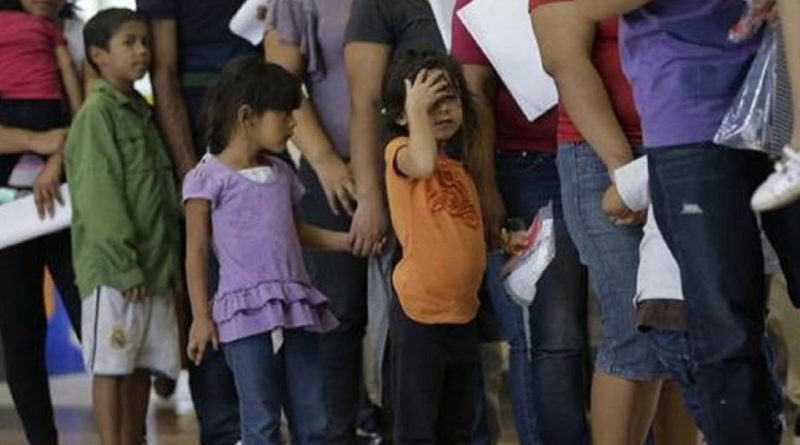 Last week, in response to widespread criticism (from Democrats, Republicans, and the public at large) for separating families apprehended while crossing the border, President Donald Trump very publicly issued an executive order to halt the practice because he said it would bypass the long process needed to end the policy through Congressional action (Trump claimed a law existed that needed to be repealed to end the practice). Just days before, in an effort to defend the policy, President Trump and top administrators in his government made and defended some incredibly bold and often unsupported claims, many of which led to widespread confusion over what is really going on at the border. For the sake of the children who are being affected by these claims, it is crucial to set the record straight on what is fact and what is fiction.

Claim 1: There is a law in place passed by Democrats that requires the separation of families at the border, and the Trump Administration was powerless against its requirement to enforce this law.

Trump reiterated this claim many times in the face of criticism for the family separation policy, saying that he hated to see children separated from their loved ones. However, no such law actually exists. There has been no piece of federal legislation, passed by members of Congress or established through executive action, that requires children to be separated from their families as their parents await prosecution for illegally crossing the border. This policy was orchestrated and enacted by President Trump and his administration, with no legal requirement that such a policy be created. [i]

There are rules established by the 1997 Reno v. Flores settlement, some codified later by federal law, that regulate how the government must deal with migrant children who enter the country illegally. By those standards, children must be placed in “the least restrictive environment” possible or sent to live with family members. The settlement also states that children, as well as families with children, cannot be held for an unreasonable amount of time, which the courts have interpreted as a maximum of 20 days. The Trump Administration set a precedent by interpreting this settlement as necessitating the separation of children from their parents (who are being detained while awaiting trial, asylum proceedings, etc.) after a certain period of time. [ii]

Claim 2: Former presidents Barack Obama and/or George W. Bush maintained a similar policy, but it was simply not publicized in the way it has been for the Trump Administration.

Although President Obama and President Bush both implemented some very strict deterrence policies that led to the detention and deportation of many children and their families, neither systematically separated children from their parents as a method of discouraging families from crossing the border illegally.

In 2005, Bush launched Operation Streamline, which prosecuted almost all those who entered the country illegally in assembly-line-style trials aimed at deporting them as quickly as possible. The policy was first enacted on a smaller portion of the Mexico-Texas border. It was then expanded to include other entry points after the program yielded effective results. However, this program did make special exceptions for immigrants traveling with young children, unaccompanied minors, and those who were ill upon arrival. Trump’s new immigration plan is said to be based on Operation Streamline, however, his administration has chosen to take on a “zero-tolerance” policy when it comes to prosecuting immigrants, not allowing for the kinds of exceptions that existed under the Bush Administration. [iii]

President Obama also extended the use of Operation Streamline when illegal immigration at the southern border peaked during his second term, but his administration chose not to prioritize the prosecution of people who were apprehended entering the country illegally for their first time. [iv] More upsetting was the fact that the Obama Administration chose to engage in a tactic that was similar to that of the Trump Administration: significantly expanding facilities used to detain women and children for extended periods of time while their cases awaited processing. However, families were routinely held together in such facilities. It has also been reported that the Obama Administration kept far more children in custody than the Trump Administration, which is technically true. But many of those children came as part of the massive surge in unaccompanied minors from Central America that the Obama Administration witnessed in 2014. [v] They were not traveling with their parents across the border, and therefore they could not be separated from them.

The “zer0-tolerance” policy that pushes for the separation of children from their parents, and which is also not addressed in the executive order, is wholly new and exclusively characteristic of the Trump Administration.

Claim 3: Many of the adults accompanying children are not really their parents.

President Trump has long asserted that many of the adults accompanying children as they illegally enter the U.S. are not their parents, but instead criminals who are using them as a ruse to take advantage of border policies that are lenient towards families. [vi] Trump’s Secretary of Homeland Security, Kirstjen Nielsen, provided the supposed evidence fueling this claim in a statement made on June 18. Secretary Nielsen reported that incidences of migrant groups fraudulently posing as families increased 315 percent between October 2017 and February 2018. [vii] If the statements made by Trump and Nielsen truly represent the logic that fueled the creation of the new policy, it means that Trump and his associates believe they are protecting these children because the adults traveling with them are actually human traffickers.

The statistic offered by Secretary Nielsen is factual, but misleading when given without context. What neither Trump nor Nielsen mentions is that the increase of 315 percent that we have seen in cases of fraudulent families still represents an incredibly small number of migrant families apprehended while crossing the border. When Nielsen refers to this statistic, she is referring to the 191 cases of migrant groups posing as families recorded from October to February, compared with the 46 cases of such activity that were recorded for all of 2017. But those numbers are miniscule when one considers that 303,000 cases of “families” illegally entering the U.S. were reported for the year in total. This means that, of the incidences of illegal border crossings, only 0.06 percent consist of groups fraudulently posing as families. [viii]

Claim 4: Migrant children are being forced to sleep on the floor in cages after they are separated from their parents.

Many of the disturbing images that have come out of various detention centers seem to support this claim, although the process is a bit more complicated, as the conditions in which children are kept vary throughout their detention period. National Public Radio’s Camila Domonoske and Richard Gonzalez outlined the process in a lengthy article after circulation of such images led to widespread misinformation.

Children are first taken to Customs and Border Protection (CBP) facilities, which are where many of those images of children sleeping on floor mats, in what look like large chain-link cages, come from. Luckily, it is illegal to hold the children in these facilities for more than three days. From there, they are sent to shelters that can be considered more humane in terms of living conditions, but could create an environment that can still be psychologically damaging.

The child immigrant shelters are operated by the Department of Health and Human Services’ Office of Refugee Resettlement. Journalists who visited such facilities said they were markedly different than the CBP facilities, with children sleeping in rooms with beds, instead of cages with mats on the floor. The children are also granted access to classes and games to entertain themselves, which is an improvement from the CBP centers. However, the shelters are also said to be especially strict when it comes to certain behaviors, especially physical affection of any kind shown between the children, even if they are siblings. Some activists also claim that certain facilities are improperly administering psychotropic medications to children with behavioral problems. And though children are, on average, not kept in these shelters for more than 57 days, there have been instances of children having to stay months longer. Due to the fact that many of these shelters are already at or nearing their full capacity, some children are being placed in a less comfortable temporary tent facility.

Located just outside of El Paso, this facility is comprised of a single large, heavy duty tent that is surrounded by fencing, and little is known about the actual conditions within the tent. Such facilities were also used to house migrant children under the Obama Administration, but in that case, due to overcrowded shelters that resulted from the aforementioned surge in unaccompanied minors that occurred in 2014, not the separation of children from families.

From the shelter or temporary holding facility, the Office of Refugee Resettlement tries to find a family member, foster parent, or sponsor who is willing to take care of the child so that they can be transferred to an environment that better reflects a normalized family home atmosphere. Parents are always the first to be preferred, but because the new Trump policy criminally prosecutes all the parents who the children are separated from, this is generally not an option.

Additionally, the Trump Administration plans to ramp up its background check process on potential guardians for the children, which, in theory, would be better for the child. Though these new background checks will likely call the criminal record and immigration status of potential guardians into question, meaning that non-detained, but also undocumented, relatives of the children who want to take care of them may be unable to come forward without risking their own freedom. [viv]

It is still unclear what will happen to the more than 2,000 children who have already been separated from their parents, many of whom have been sent to live in shelters and foster homes around the country. [x] Officials have said that reunification is the end goal, but, so far there have been almost no reports of these families successfully being reunited.

Beyond that, no one knows yet if Trump’s proposed alternative will be approved by the courts, and if so, how long it will take to implement the new policy. Trump’s executive order proposes that families be detained together beyond the twenty-day limit that is imposed on the amount of time children may be held according to the Flores Settlement. If such a plan is approved and carried out as originally intended, children will be detained with their parents indefinitely. [xi] If not, it is possible that family separations could continue. And for the sake of the children whose lives are being so seriously impacted by this policy, that uncertainty could prove to be incredibly perilous.

[viv] Domonoske and Gonzales. “What We Know,”.