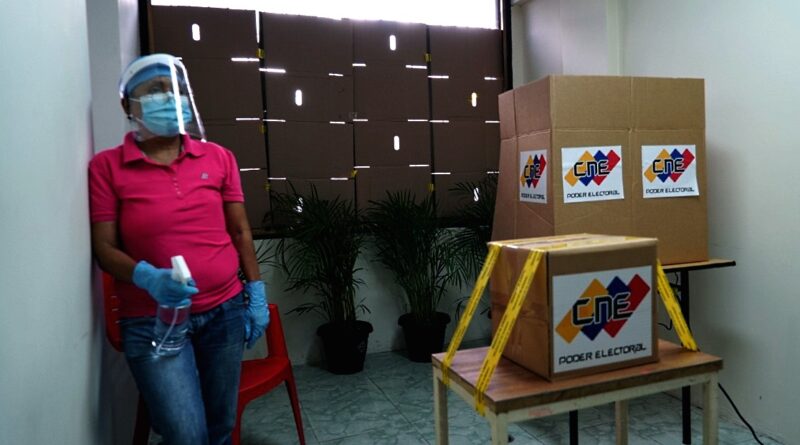 On December 14, a live webinar was broadcast on the topic of “The National and Regional Impact of Parliamentary Elections in Venezuela.” It was organized by the Washington DC-based Council on Hemispheric Affairs (COHA). Along with electoral observers Dr. Margaret Flowers, and Danny Shaw, who had just returned from Venezuela, the main speaker was Venezuela expert Steve Ellner. He is Associate Managing Editor of the journal Latin American Perspectives, and a retired professor of the University of the East in Venezuela.

During his informative presentation, Ellner called out Venezuelan opposition figure Enrique Ochoa Antich for writing recently “Are they [the victorious Chavista leaders] going to celebrate with thunder, drummers, trumpets and fireworks that ‘Pyrrhic victory’ (which, like those of the famous Greek general, only leaves a country more destroyed)?” Antich’s assessment fails to take into consideration the political and economic context of the December 6 elections. A non-stop hybrid war against Venezuela has been waged by the US, the European Union and the Lima group since (and even before) Juan Guaidó proclaimed himself “president” in January 2019. Their goal? The overthrow of the Maduro administration by any means necessary, to be replaced by the US surrogate Juan Guaidó and his US-funded shadow government.

However, not only did the strategy fail, but the Bolivarian government was able to organize the constitutionally mandated December 6 legislative elections right under the nose of the mighty Western nations and their Latin American allies. Indeed, the electoral process took place peacefully despite attempts at sabotage. Moreover, the Chavistas won over 70% of the vote and an overwhelming majority of seats in the new parliament. So where was the fraud? Even the newly-elected opposition deputies, who oppose Guaidó’s pro-US interventionist policy, agreed that the elections were legitimate.

The electoral process took place peacefully despite attempts at sabotage. Moreover, the Chavistas won over 70% of the vote and an overwhelming majority of seats in the new parliament.

So, how can the extremist Guaidó party deny the Chavista victory and instead claim a triumph? The only pretext was the relatively low voter turnout of 31%. However, as both Steve Ellner, in his presentation in the COHA webinar, and Leonardo Flores, in Common Dreams point out, a fair-minded perspective on the participation rate ought to take into account the economic war being waged against Venezuela, the pandemic, gasoline shortages, the election boycott by the hardline opposition, as well as historic participation rates both in Venezuela and in other countries that have recently held parliamentary elections. Given this context, the December 6 elections were a clear victory for the allied parties of the Great Patriotic Pole (GPP), led by the United Socialist Party of Venezuela (PSUV).

In any case, the most salient feature of the election results, aside from the Chavista popular vote, consisted of the splits and infighting within the different sections of the opposition that promoted a boycott of the elections. An outstanding feature was not the voter turnout, which was to a large extent expected given the adverse situation. While there had often been division in the past, this time the intramural opposition descended into backstabbing, which was plain for all the world to see while the international corporate media focused on the elections. One example of this dogfight venting its frustration in public was when opposition figure and two-time presidential candidate Henrique Capriles told the BBCthat Guaidó and his Voluntad Popular party are “finished, closed, done.”

When the Trump-backed Guaidó faction declared “victory” because of the low voter turnout, it is reminiscent of the “Pyrrhic victory” cited above by opposition figure Ochoa Antich as having left behind “a country more destroyed.” However, the “country” here is not Chavismo or Venezuela, but rather the land that exists in the imagination of the extremist opposition. If ever the term Pyrrhic victory were to apply, it would be to this hara-kiri in motion. On December 6, the “Greek general,” that is Trump, his Venezuelan acolytes, and European and right-wing Latin American allies left behind nothing but their own political destruction . On the other hand, both Chavismo and Maduro came out of the elections fighting and in better shape than before. The former US-dominated National Assembly is dead and buried, while the new one is opposed to US sanctions and interference. Not exactly a Pyrrhic victory for the Bolivarian Revolution, but rather a real one.

The Trump-Guaidó Achilles Heel in Venezuela.

How did millions of humble Chavistas turn the table on their formidable enemy in the weeks leading up to December 6? In a February 2019 visit to Caracas, I attended a semi-private meeting with President Maduro. This experience resulted in the first of a series of articles striving to explain how the Bolivarian Revolution has managed to stave off the combined criminal sanctions and coup attempts. It has done so to maintain its sovereignty, while clearly advancing the social, cultural, educational, health and housing goals at the heart of the Bolivarian Revolution.

Both the economy and the food supply however, have been greatly affected by the US sanctions. There have also been issues with the way the government has handled runaway inflation, the precipitous drop in oil prices, and the shortcomings of a country highly dependent on the fossil fuel industry–a chronic problem that Chavismo hasn’t been able to resolve. With a renovated National Assembly in January, the government will need to urgently address these challenges in the face of both a blockade and a pandemic.

The theme of my first article stressed the “Trump-led Alliance’s Achilles Heel,” referring to the civil-military union that Maduro brought to life for us that day in Caracas. No matter how hard the Trump-Guaidó faction has tried, it has not been able to remove that thorny arrow from its heel. It is its Achilles heel.

Have things changed since our February 2019 meeting in Caracas? Yes, in many ways. First, membership in the militia, a voluntary force that is part of the Armed Forces, has increased substantially. Second, the political consciousness and patriotism inspired by the civil-military union, when confronting the combined forces of the criminal sanctions and the pandemic, has moved up another notch. All efforts by the US and its allies to provoke a mutiny in the ranks of the military and an uprising of the people have dismally failed.

In the weeks prior to voting day, the civil-military union contributed to the peaceful exercise of the right to vote, acting as that Achilles heel, and helping turn the December 6 elections into a Chavista victory. Meanwhile, those who hoped for a Trump-Guaidó victory only experienced a Pyrrhic one.

Arnold August is a Montreal-based author and journalist whose articles are published in web sites across North America, Latin America, Europe and the Middle East in English, Spanish and French. He is a Fellow at the Canadian Foreign Policy Institute.