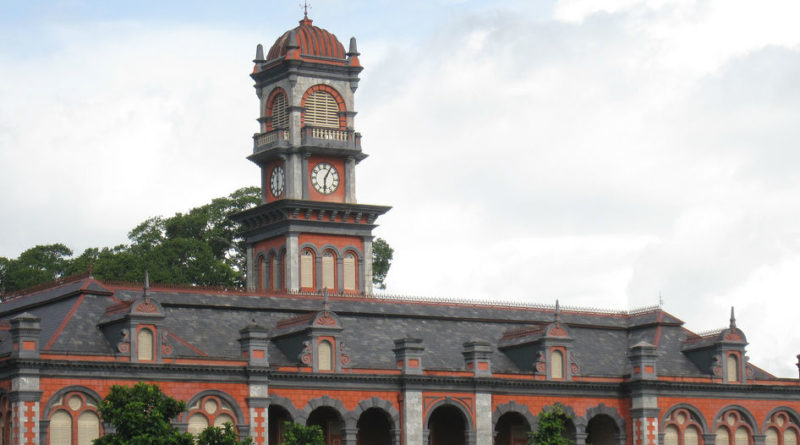 Trinidad and Tobago may begin the process of paving the way for structural reforms within the Caribbean by making dramatic changes to its education system. The country of about 1.34 million people is attempting to reform higher education so that it may increase its economic output. In addition to economic gain, Trinidad and Tobago is seeking to educate its students through a major expansion of its vocational and academic programs. Political figures in Trinidad and Tobago would like to create more solidarity among universities in the Caribbean in order to raise the standard of education throughout the region. While Trinidad and Tobago has initiatives that it is ready to implement in its own school system, the national leaders must also be wary of any brain drain that may accompany these endeavors.

The country should continue to broaden its system of higher education but it also has to focus on creating better educational institutions for students at even younger ages. With a youth literacy rate of about 99.58 percent in 2012, it is clear that the country has no insuperable barriers to comprehension in reading and writing.[1] Therefore, greater infrastructural changes could assist young students in maximizing their educational scores as they progress. By stressing the importance of basic education and then increasing professional specializations, the country can experience substantial growth. Furthermore, it will increase the success rate in higher education and will propel students, no matter their Caribbean heritage, into a solid career and a desirable future. Ultimately, education mobilizes social advancement, and if Trinidad and Tobago can properly invest in its students, it will surely reap the benefits.

Education Structure in Trinidad and Tobago

Trinidad and Tobago’s education system reflects the country’s British colonial past through its current examination system. The British conquered Trinidad in 1747 and Tobago in 1814, gaining the two permanently in 1889.[2] After their conquest, the British remodeled the Caribbean school system after their own. Primary and secondary education is free within the country and is the equivalent of kindergarten to college in the United States. In contrast to the United States, public schools in Trinidad and Tobago tend to guarantee a greater education value than private schools. Public schools receive more financial assistance from the government in comparison to private schools, thus enabling students to gain more from the available educational opportunities.[3]

Primary school begins at age 5 and students can continue their primary education until age 15. After completion, students must take the Secondary Entrance Assessment (SEA) to become eligible for secondary school. The SEA monitors “literacy, numeracy, reasoning, and comprehension skills” and determines eventual placement into a secondary school.[4] Secondary school follows a regular academic curriculum, generally lasting about five years. While in secondary school, students have the chance to become more specialized in vocational and technical programs. These programs offer more hands-on work, but some students may opt to stay in school for another two years upon completion of their Caribbean Secondary Education Certificate (CSEC). The CSEC and the British General Certificate of Education (GCE) are both examinations that are administered by the Caribbean Examinations Council. Founded in 1972 by the Caribbean Community, these tests are given to students in a range of subjects, with some topics falling under the CSEC and others under the Ordinary Level exams (O-Levels) in the GCE. Under CSEC exams, students are given passing grades on a scale between I and II. Under the GCE, grades of A through C are given instead. While the British Advanced Level exams (A-Levels) have long been phased out by the Caribbean Advanced Proficiency Exam (CAPE), the Caribbean exams continue to be a direct measure of academic capacity in the nation.[5]

Staying in school for the additional two years and taking the CAPE can give students a greater chance of being accepted into their tertiary education, or the universities.[6] These tests are similar to the British O and A Level exams; however, their updated versions now reflect the standards of the Caribbean educational system. Tertiary, or university education, is free at the undergraduate level at selected universities through the Government Assistance for Tuition Expenses (GATE).[7] Students who opt for vocational and technical programs instead of taking the CAPE often become specialized in these fields, rather than in academics. One such program is the Welding Academy at the Metal Industries Company Institute. Expected to be launched in September, the higher education program, according to the institute’s website, will give undergraduate students the chance to “use their existing credits to matriculate into the higher level programs offered at the Welding Company.”[8] The program will teach students how to market their vocational skills properly within all sectors of the marketplace. Moreover, according to StateUniversity.com, these hands-on programs will allow students to realize the “practical value of education…making learning a more positive experience with greater payoffs in the end.”[9]

Political figures in Trinidad and Tobago have expressed a need to broaden the educational horizon in the country. Anthony Carmona, the president of Trinidad, along with prominent faculty in universities around the area, has publicly spoken about revamping the educational system throughout the country. In stressing the solidarity of the Caribbean nations, President Carmona insisted that the country should diversify its education sector so that all could benefit from the changes.

At the conference of the Association of Caribbean Higher Education Administrators (ACHEA) at the University of West Indies, President Carmona insisted that Trinidad and Tobago needed to steer away from its dependence on tourism and petrochemicals and focus instead on increasing access to education.[10] The president has outlined goals of developing a solid foundation for Information and Communication Technologies (ICTs) programs. ICTs would encourage the utilization and accessibility of Internet in schools. Furthermore, these programs could expand to younger students in school, thus increasing their technological literacy. By introducing technology at a younger age, administrators hope that students will be able to compete in the technological market along with their American and Asian tech-savvy counterparts. Larger investments in human development have led to the betterment of tertiary education in general.

In 2014, records from the Central Statistical Office (CSO) show that 13 percent of Tobago’s labor force has had a tertiary education, compared to 7 percent in 2001.[11] The growth of new government organizations aiding in the restructuring of the tertiary education system has also helped to enable students’ endeavors. The Youth Energized for Success (YES) program has helped about 900 Tobagonian students, aged 18 to 35, to secure both jobs and internships in the public and private sectors.[12] Yearly, the program offers a few select students studying banking and economics the chance of an internship in the United States as well. President Carmona stated in his address at the ACHEA Conference that students should be “given a fair shot at the tertiary level…to achieve their goals without the burden of school fees or student loans.”[13]

This increased financial burden can often cause students to dismiss the prospects of a higher education. As a result, the government of Trinidad and Tobago has raised its aid programs. Though undergraduate degree programs are free under the GATE, education at the graduate level is still only 50 percent covered by the government. The introduction of the MTEST edu-ID card in July by Senator Fazal Karim, Minister of Tertiary Education and Skills Training, has been instituted to help track the financial needs of over 70,000 students.[14] The first of its kind in the country, the ID card will be able to provide a comprehensive list of all students (part-time and full-time) enrolled in a tertiary degree program. In a speech at the O’Meara Campus of the University of Trinidad and Tobago, Mr. Karim stated they would “provide a unified system to allow the unique identification of students… who will benefit from a downstream of services offered by the Ministry and its subsidiary agencies.”[15] By identifying students enrolled in the program, the government can better service the students who need the most financial aid.

In addition to financial services, the Ministry is working cohesively with the country’s National Training Agency to institute the first ever National Youth Fair. The Fair will take place from August 12th to the 16th; will give university students a respite; and will allow their families to engage in university activities. It will “draw thousands of students who have completed their examination at the secondary, post-secondary, or tertiary level” and integrate more families into the university’s community.[16] The event, which will held under the theme of villages, will have areas designated as “an Education Village [and] a Community Village.”[17] By familiarizing younger family members with the educational institutions, it is hoped that they too will decide to pursue a higher degree and increase the potential of the next generation.

By strengthening financial aid endeavors and increasing community involvement within university programs, Trinidad and Tobago is steadily creating a stronger education system. President Carmona has acknowledged that other Caribbean countries have also improved their universities. He expressed his want for solidarity in education around the region. He stated that Trinidad and Tobago, along with other Caribbean nations, needs to “provide higher education…that is globally competitive and twenty-first century relevant.”[18] Leaning on the collective unity of the region, President Carmona is merely echoing the goals of many other Caribbean nations. The restructuring of tertiary-level education in Trinidad and Tobago is now spreading outward to other countries like Guyana and Jamaica. Guyana’s president, Brigadier David Granger, has now called for reform for his country as well. In a speech regarding the opening of the new $600 million USD St. Augustine South Campus at the University of West Indies in Trinidad and Tobago, Granger stated that students of higher education should “suppress their outdated social and class differences [and] build a more inclusive political system.”[19]

The political and social cohesion that may arise from the educational solidarity in Trinidad and Tobago may be enough to create ripples throughout all of the Caribbean. Education is one of the greatest investments a society can make; it lays the foundation for academic achievement and contributes significantly to infrastructural growth. Though Trinidad and Tobago still has to work on diversifying the programs within its educational sector and implementing better technology in schools, it is creating greater opportunities for its future generations. Its support for better tertiary education in other Caribbean nations has also strengthened relations among these countries. Within the coming decades, the Caribbean perhaps will become a steady competitor in the rise of accessible and affordable higher education.