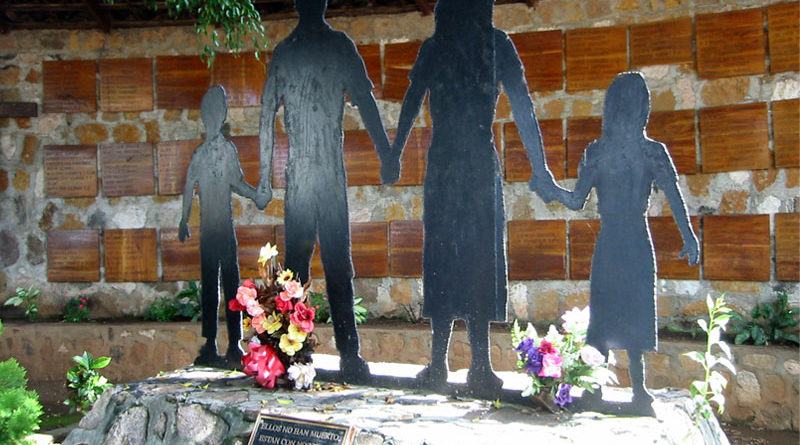 The Salvadoran Supreme Court announced on July 13, 2016 its decision to finally strike down an amnesty law that has stood for over 22 years. This now-overturned amnesty law shielded war criminals from justice and sabotaged progress on fundamental pillars for transitional justice.[1] By declaring key parts of the amnesty unconstitutional, the Justices have taken a profoundly necessary step, giving thousands of war victims an opportunity to seek truth and healing through the democratic institutions El Salvador has built in the post-conflict era. Furthermore, the invalidation of the amnesty law also provides a pivotal opportunity to strengthen rule of law and democracy in this Central American nation.[2]

Lasting 12 years, the armed conflict in El Salvador pitted leftist guerilla forces against the oppressive military-led government. With the help of the United Nations, the warring parties decided to sign Peace Accords in 1992. These Accords enshrined democratic principles and the rule of law as a path to be followed by both parties.[3] The factions also agreed to establish a Truth Commission to investigate human rights abuses carried out during the armed conflict.[4] Of the thousands of cases that the Commission on the Truth for El Salvador (CTES) investigated, almost 85 percent were attributed to the Salvadoran Army and security forces, and about five percent to the guerilla forces[5]. In total, well over 100,000 civilians were killed, tortured, and disappeared during the civil war. [6]  Despite ongoing massive atrocities, predominantly perpetrated by government and right-wing paramilitary forces, El Salvador looked forward to a democratic post-conflict period.

Unfortunately, fewer than 16 months after signing the Peace Accords, a Legislative Assembly dominated by the ultra-conservative ARENA (Alianza Republicana Nacionalista) party approved an amnesty law in March 1993, which impaired transitional justice (the process of truth telling, criminal prosecutions of violators, and reparations in societies ravaged by armed conflict) in post-conflict El Salvador. This amnesty effectively removed all criminal and civil responsibilities for those that carried out war crimes throughout the nation during the civil war years. Since the end of the internal conflict, the ARENA party remained in control of the executive and legislative branch until 2009. Throughout the ARENA administrations, each president touted the benefits brought forth by this amnesty. Some stated that it allowed for a process of reconciliation and peace to take root in El Salvador.[7] Others believed that this law encouraged forgiveness and the healing of wounds caused by the armed conflict. None of the presidents ever officially acknowledged the injustice, much less apologized to the victims that were tortured, or to those whose relatives were assassinated or disappeared by state-sponsored forces throughout the conflict.

After signing the Peace Accords, the five guerilla forces fighting as the Farabundo Martí National Liberation Front (FMLN) agreed to trade bullets for civil negotiations in the Legislative Assembly, becoming an officially recognized political party. Evolving in the democratic arena created by these accords, the FMLN was first elected to lead the executive branch when Mauricio Funes won the presidential elections of 2009. Funes became the first Salvadoran President to accept the state’s responsibility and publicly ask for forgiveness for the 1981 Massacre of El Mozote, one of many gruesome massacres perpetrated by military forces during the armed conflict.[8] Salvadoran President Salvador Sánchez Cerén, an ex-guerilla and current FMLN leader, set another precedent by becoming the first Salvadoran President to officially recognize the need to repeal the still-standing amnesty law while campaigning for the 2014 presidential elections. Cerén openly acknowledges that wounds of the civil war are still open for thousands of victims, and that abolishing the amnesty law is not only “an act of justice to eliminate impunity, but also an act that would strengthen democracy.”[9]

The actions of President Funes and the groundbreaking statements of President Cerén provide a much welcomed and sharply different approach to human rights and justice than all of their ARENA predecessors combined. It is in this context that the Salvadoran Supreme Court declared unconstitutional the law that has provided coverage for war criminals of both warring factions.[10] By invalidating the amnesty law, the Supreme Court has jumpstarted a bonafide process of transitional justice and generated strong momentum to finally achieve a breakthrough for the victims of El Salvador’s civil war. While it may be possible to forgive perpetrators in order to move forward, as many politicians have stated in response to the remarkable ruling by the highest court, the victims have demanded to know their names, and the crimes for which they can potentially forgive the perpetrators if they ultimately choose to do so. It is not up to a political or economic class of elites or self-serving political pundits to proclaim that the country has moved on and no longer needs to rehash the past with the amnesty law.[11] The only ones that are owed deference to determine if they have moved on, and if they have forgiven the crimes they endured and survived, are the war victims themselves.

As Pope Francis rightfully stated in his official letter regarding the recent Beatification of Archbishop Romero, now “is a favorable moment for a true and national reconciliation” regarding the challenges faced by this nation.[12] For El Salvador to heal and a true reconciliation to take place amongst all members of society, regardless of their socio-economic-political status, we must finally bring justice for the thousands of victims that still carry open wounds from the civil war years. All of those involved in the assassination, torture, rape, kidnapping and disappearance of thousands of civilians are still walking free. We must not let this momentum die down, as no true societal healing will ever take place in El Salvador so long as there is no justice brought for the victims’ cases. Salvadoran democratic institutions have the opportunity to capitalize on this changing present into a promising future for the many thousands of victims, and to demonstrate that a future of truth-telling, criminal persecutions, reparations and healing is imminent.

[12] Pope Francis (2015, May 23). “Letter of His Holiness Pope Francis to the Archbishop of San Salvador on the occasion of the Beatification of Monsignor Óscar Arnulfo Romero Galdámez.” Libreria Editrice Vaticana. Accessed at: https://w2.vatican.va/content/francesco/en/letters/2015/documents/papa-francesco_20150523_lettera-beatificazione-romero.html