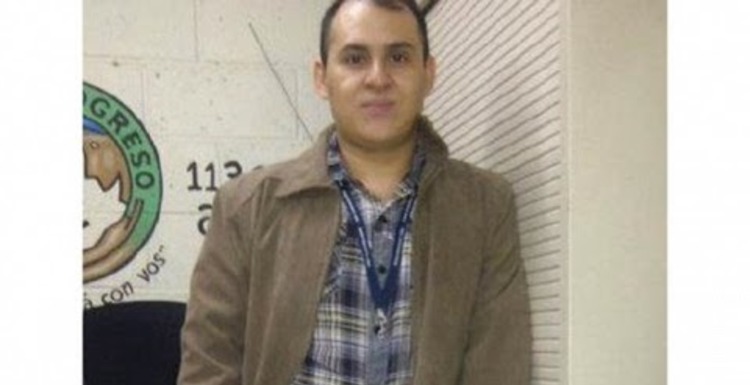 The Council on Hemispheric Affairs (COHA) expresses its gratitude at the behavior of the congressional offices of U.S. Representatives James P. McGovern (MA), Sam Farr (CA), and Janice D. Schakowsky (IL), for the generosity of spirit and the courageous and high-minded nature of the recent statement with which these public figures expressed their personal grief and sense of outrage over the murder of Honduran journalist Carlos Mejia Orellana. Mejia was a tireless opponent of the Honduran death squads and the country’s oligarchies, who have been operating with virtual impunity in the region over the past several months. COHA reiterates calls for the establishment of more safeguards for journalists in dire need of security throughout Central America, and for a serious and uncompromised investigation of Mejia’s murder. COHA also calls for the formulation of a travel ban against U.S. tourists visiting Honduras and a formal warning about the ominous issues of safety that await American travelers headed to the country.

Congress- The best and the worst

Honduras is known for being an egregious human rights transgressor and a scene of violence against individual journalists and media organizations, as well as a number of conscience-driven trade unionists. Unfortunately, calls made for the safety of journalists and transparency in cases where dissident journalists risk their own safety by practicing their profession in the face of extreme danger are all but ignored. The demands by Representative McGovern, Farr, and Schakowsky, while inspiring due to their personal courage and sense of principle they were determined to uphold, are a striking anomaly amidst the cheap political practices and political maneuvering regularly engaged by U.S congressmen, including Senator Robert Menendez, Congresswoman Ileana Ross-Lehtinen and their supporters. The latest cycle of vengeance and violence was sparked by former Secretary of State Hillary Clinton when she defended the 2009 coup against the constitutionally-elected President Manuel Zelaya who was overthrown by the Honduran military over the protest of most of the members of the OAS and in violation of the OAS charter.

For decades the U.S. government has looked upon Honduras’ constitutional democratic institutions as a huge joke and a doormat for Washington’s abusive and inherently dismissive foreign policy, often brushing aside human rights violations and respect for the sovereignty of Honduras. During the 1980s in the decade-long Contra war against the Sandinistas, Honduras provided a series of staging areas to mount the U.S. backed contra campaigns. Honduras also served the United States as a base site for the enormous amount of military equipment that was absorbed by the airbase at the military and CIA facility at Palmerola.

As pleads are being made for a reversal of this tendency and various U.S. authorities in order to reveal a greater sense of priority to the alarming deterioration of the human rights situation in the Central American country, a return to the bad days in the region seem all-but inevitable.

The danger facing the people of principle throughout Central America has been significantly radicalized in the last few years and was stepped up by some of the more extremist elements in the U.S. political party structure. These hardliners include Senators Melendez, Marco Rubio, and Ted Cruz as well as House Foreign Relations Committee Chair Ross-Lehtinen,  who given the chance, would send all of the country’s liberals to the guillotine. By their constant bashing of regional political figures and their dissembling of hemispheric realities, these legislative figures have a destructive sense of reality and may have also done grave damage by concealing the full quality of political realities in Latin America as a whole.  They have served to legitimate Miami Cubans, Venezuelan-Americans, and Salvadoran-Americans who tirelessly have raised funds for their would-be exile co-conspirators. Melendez and his extremist cohorts who have focused on Venezuela’s leftist government now would know no limitations in their support of rightwing movements in that country. Meanwhile immigrants from the region are often too frightened to confront their possible intimidators because they fear that non-enacted legislation like parole-visa statutes or temporary executive orders issued by the Obama Administration will be used against them.

Washington has been bereft of a viable human rights policy for several decades. Washington has been looked upon as too irresolute by the left and bereft of such gumption by the right. This has left the new configuration conjured up by the Obama administration which, if anything, has been a mixture of scatter-brained and formless policies.

President Obama’s “progressive dividend” is a sad piece of rhetoric and little more than left over language that has since evaporated leaving some residue in its path. It never had much of its ridership cadre expired because Latin American issues have not, as of yet, had any kind of particularly noticeable profile even though this kind of material could dramatically change as Democrats work their particular political impacts on the effort. Washington’s rightwing is facing a political dilemma brought on by the demise of communism, which was succeeded by a super authoritarian capitalism that has little to do with idealism, shared values, good will, or the triumph of sovereignty monumentally defined. It is assumed that the present troubled demise of US-Russia relations could very well trigger a range of catastrophes. Additionally, the multiple crises in Ukraine, Syria, and Washington’s tensions with China could turn out to be little more than one conflict after another with no clear-cut victor. Meanwhile, Latin America could enter an even more ominous fate as U.S relations with the rest of the hemisphere deteriorate.

Larry Birns, Director of the Council on Hemispheric Affairs