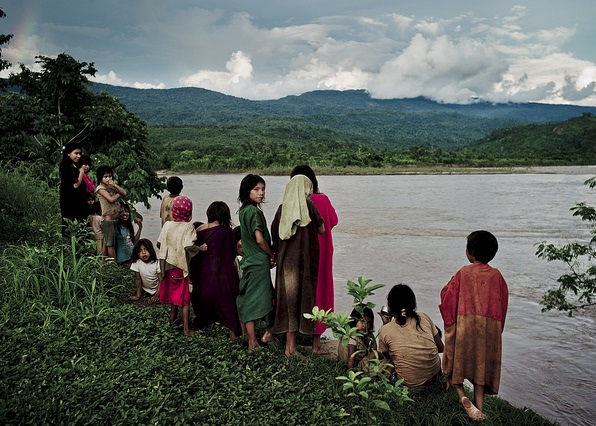 In observance of International Women’s Day, the Council of Hemispheric Affairs has selected three women in the Western Hemisphere whose passion, conviction and activism are shaping the region. These women continue to dedicate their lives to ensuring that women are seen as equal partners with men in order to ensure equitable, progressive, societal change. More inspiring, still, are their relentless spirits, which allow them to overcome the adversity they face as women on the lowest rungs of the social ladder, and which ultimately allow their messages of hope to become powerful tools for progress.

In 2014, Ruth Buendía earned international fame after winning the Goldman Environmental Prize. [i] This recognition highlighted her effort to protect the environment, and risking her life to do so. Today, Buendía is the president of Central Asháninka Río Ene (CARE), an organization that represents 17 Asháninka communities in Peru’s central jungle. [ii] During the government of former president Ollanta Humala, Buendía opposed the construction of the Pakitzapango hydroelectric project, which had evicted 24,000 people from their land.[iii] Buendía, like many other indigenous people in Peru, knows the struggle of being displaced firsthand. She and her family migrated to the city after the death of her father, and after her sister was abducted by the terrorist group Shining Path. “Mothers from the community have experienced social violence, and they do not want to be displaced, something that was going to happen with the hydroelectric project”, Buendía told the Peruvian newspaper Gestión. [iv]But being a woman and indigenous is doubly challenging in the Andean region. Not only did she have to fight against the government and multinational construction companies, she also faced machismo in her own community when trying to lead her people. Luckily, however, she found support from other Asháninka women who convinced their husbands and brothers to trust in Buendía’s leadership.

In 2008, President Felipe Calderón awarded Eufrosina Cruz Mendoza the National Youth Award “for her contribution to the political culture of Mexico.” [v] This recognition exemplifies Cruz Mendoza’s plight to secure gender equality and voting rights for indigenous women in Mexico. Cruz Mendoza is a trailblazer who sought to reform Usos y Costumbres (uses and customs), a Oaxaca law that barred the participation of indigenous women in politics. [vi] The law was founded on the premise of an oral indigenous tradition: women are not allowed in political positions in the community. Breaking with the indigenous tradition, in 2007, Eufrosina ran a successful mayoral campaign in her native village of Santa Maria Quiegolani. Yet, male electoral officials rejected and annulled her victory by destroying all the electoral ballots that supported her candidacy simply because she was a woman. [vii] Her unjust defeat became an even stronger impetus for her to continue to fight for women’s rights and overcome the discrimination that faces her and many other poor indigenous women. [viii] Eufrosina’s perseverance to advocate for gender equality and political participation stems from her belief that all women have the capacity to effect change in the social, economic, and political realms of Mexican society.[ix] Therefore, she founded the Association for Gender Unity, Integrity, and Equality of Oaxaca (Quiego) which recognizes the importance of educating men and women on how traditional gender roles can infringe on the rights and freedoms of indigenous women who aspire to make a difference in their communities. [x] In 2010, she became the first indigenous woman to join the Oaxacan legislature and was later elected to serve as a Federal Deputy in the Mexican National Congress. [xi] The constitutional amendments to the Oaxacan and Mexican Constitution that guaranteed the full involvement of indigenous women in elections are a testament to Eufrosina’s commitment to the advancement of indigenous women’s rights in Mexico. Sacrifice characterizes the fight of Eufrosina Cruz Mendoza for women’s indigenous rights and her efforts to transfigure the cultural paradigms imposed by society in order to challenge the political status quo that hinders the equal participation of women.

Rosalina Tuyuc Velásquez grew up in the Ixil region of Guatemala. During the thirty- year Guatemalan Civil War, her husband and father were two of the over 200,000 desaparecidos, people who were forced into disappearance during the conflict. [xii] In 1988 Rosalina founded the National Coordination of Guatemalan Widows (CONAVIGUA) which works to provide reparations from the government as well as psychological rehabilitation for women and girls who were raped and widowed during the war.  Rosalina was repeatedly threatened and discredited by the Guatemalan government for her work with CONAVIGUA. [xiii]In 1994 Rosalina was awarded the National Order of the Legion of Honor by the French government. In 1996, the year the Peace Accords were signed, she served in congress as a deputy and later as the congressional vice president. This was a huge step forward for both Guatemala and the Mayan communities to have an indigenous woman in a leadership position within the federal government. With Rosalina’s guidance, she worked with the congress to pass the Law of Dignity for Women, which allows women to own land and gain access to credit. [xiv]After leaving congress in 2000, Rosalina returned to working for CONAVIGUA full-time, fulfilling her passion of fighting for women’s rights in her community. For someone who has every right to be angry and resentful toward her country, she responds with peace, grace, wisdom, and a refusal to fight for anything less than justice.