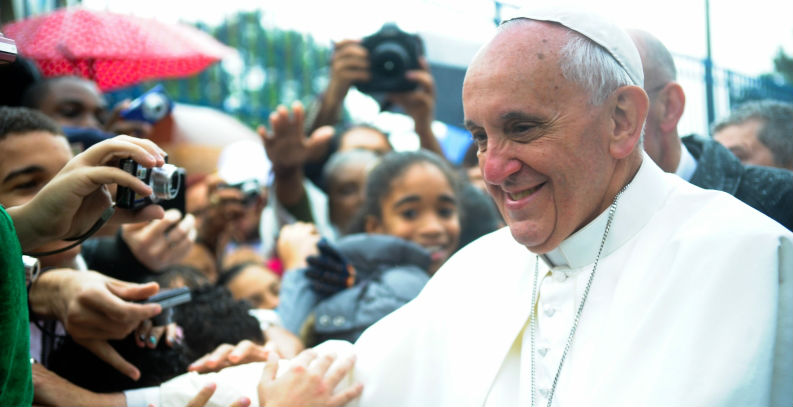 On August 20, during the pope’s Wednesday General Audience, an Argentine handed him a sign that said in Spanish, “It is time for a dialog between Argentina and the United Kingdom over the Malvinas [Falkland Islands].” The pope briefly held the sign and posed for a photo that has placed the Vatican in a seemingly delicate position of presenting a distinctly pro-Argentine position on this thorny issue. It has been thirty-three years since the short, but bloody war between Argentina and Great Britain over control of the South Atlantic archipelago took place. After a nearly three-month conflict British forces dislodged the invading Argentines and reestablished control over the islands. Most of the islands’ population is of British derivation and London strengthened that bond after the conflict by maintaining a symbolic military force on the islands. Moreover, they allowed Falkland Islanders greater rights than before the Thatcher government. As a result, an increased number of professionals and skilled tradespeople were encouraged to reside on the islands. In 2013 a plebiscite on the Falkland Islands resulted in an overwhelming majority of residents affirming their belief in British sovereignty.

The position of several Argentine governments has been that the islands are under Argentine jurisdiction, originally seized by the British in the 1830s when they expelled the Argentine population through the use of force. Britain disputes that description of history by responding that it has legitimately maintained control ever since. For its part, Argentina has taken the issue to the United Nations, which sponsored several resolutions that have called for negotiations to end the conflict. In 2014, the UN 24-member Decolonization Committee favored Argentina’s position that the Falkland Islands are a form of British colony, and that the two governments should resolve the issue of sovereignty. However, Britain has facilitated the creation of a local Falkland Island government and claims that the territory is a self-governing entity whose sovereignty cannot be bargained away by London under any circumstances.

The pope’s sympathy is clearly with his native land. But as pope he must represent much more than a parochial view. Nevertheless, it does not seem that support for a UN position should be too controversial and that the best outcome might be the establishment of a bi-national committee that includes representatives of the British and Argentine governments that would begin a long-term process for resolving the issue. The biggest impediment to the resolution of the conflict is the British government’s refusal to negotiate.

The conflict over the islands is nearly 200 hundred years old, and will not simply go away. Negotiations will be difficult and it may take years just to determine the extent to which the island government would be involved or not. Other points that contain many thorny issues and would need to be clarified are those dealing with oil exploration in adjacent waters, and disputed control over South Georgia and the South Sandwich Islands. Every aspect of the conflict can be resolved with good will and time. The Vatican’s role could be important here, although the British may be reluctant to give this Argentine pope a large role in the peace process. Nevertheless, if the pope’s actions can spur the two nations to take up the UN call for negotiations at a faster tempo, he might be able to contribute to the achievement of world piece.