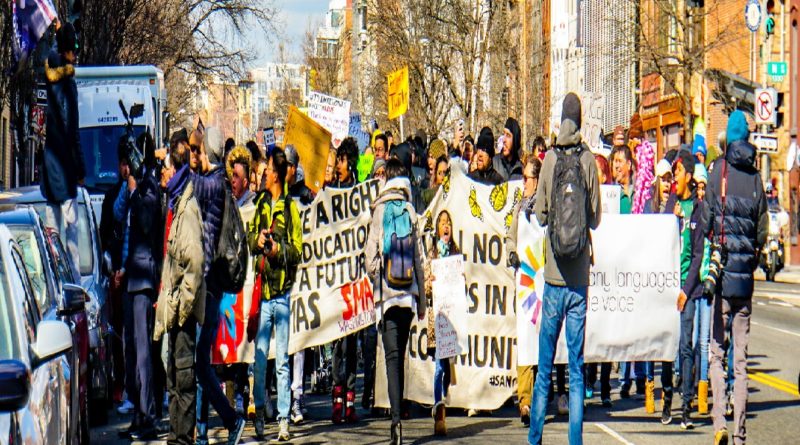 In the polarizing and contentious period since the 2016 presidential election, it has become relatively easy to be swept into the ongoing debate over U.S. immigration policy. Without full comprehension of local, national and hemispheric conditions however, one may be unaware of the real dangers that could be brought on by forced deportation.

Raised in Napa, California and shaped by my early experiences in the predominantly Hispanic bilingual immersion school I attended there—the Napa Valley Language Academy—I was fortunate to have been exposed to an inclusive spirit that brought me together with my peers to cross cultural boundaries and grow up together as fellow Napans.

This spirit, which draws immigrants to our communities from around the world, is paramount to maintaining the dynamism and diversity of our democracy, but is now being seriously threatened by a dangerous and xenophobic policy of the Trump administration: to seek out and evict all undocumented immigrants—not just criminals—with brute force.

This policy, an extensive revamping of the original “Secure Communities Act”, marks a move to recruit local police forces to join ICE officials in hunting down and removing all potentially undocumented immigrants, including our nation’s migrant parents and their children.[i] The problem with this approach is that as local police are given free reign over vetting potential undocumented immigrants, the rights of all community members are also put at risk. Communities around the nation are now taking a stand, declaring themselves “sanctuaries” for undocumented people, meaning they will not instruct their local police to join ICE forces in rounding up, detaining and evicting their immigrant community members.

Aside from the implicit importance of preserving our hospitality to immigrants, there is another pertinent reason for municipalities to stand up and join the Sanctuary movement while President Trump holds office: it will continue to improve public safety. If we persist in complying with Trump’s efforts to root out all undocumented community members, panic and irrational behavior could ensue. We must learn from the 1979 decision of the Los Angeles Chief of Police, Mr. Daryl Gates, to remove local police officials from the task of immigration enforcement, a policy that brought about an unprecedented improvement in public safety after decades of hostility and violence between police and local immigrants.[ii]

Let us not forget, as well, that immigrants are integral members of the American labor force. Here, again, the Napa Valley is a prime example. Between 2005 and 2009, immigrants comprised 73 percent of agricultural workers there, 39 percent of manufacturing workers, and 29 percent of hospitality workers in the county.[iii] If we don’t protect these workers and encourage them to remain in our communities, our local economies will take the one of the worst hits.

Considering these perceived economic and social burdens, it is necessary to clarify the potential ramifications of the Sanctuary City movement as local governments prepare to stand up to the federal forces. Many have expressed concern that the Trump administration could strike back at Sanctuary cities by selectively cutting federal funding, but one need not look any further than an April 14th release from the Associated Press in San Francisco to see that these threats are trifling and would not be easily implemented by the president’s raucous strategies. As the release states, “An attorney for the U.S. Department of Justice says an executive order withholding funds from sanctuary cities applies to a relatively small amount of grant money, not hundreds of millions of dollars as claimed previously”.[iv] While it is surely a deterrence, these threats must not be allowed to derail greater efforts to shelter our immigrant community members from the more menacing goals posed by the current immigration reform movement.

So far, four states, 39 cities and 364 counties in the United States have adopted pro-immigrant policies inspired by the Sanctuary Movement, but the nation must do better.[1] It is time for this list to expand to reflect the necessary level of solidarity for U.S. immigrants.