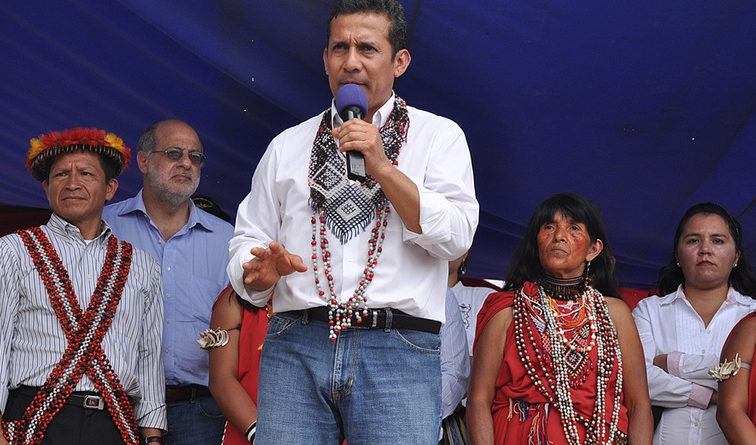 “Indigenous communities and governments in Latin America are facing off over mining.” – Harvard Review of Latin America

By Erika Quinteros, Research Associate at the Council on Hemispheric Affairs

Last December, Ecuadorian president Rafael Correa declared a state of emergency in the province of Morona Santiago. Used in cases of foreign aggression, armed conflict, domestic disturbances and natural disasters, the state of emergency allows for the suspension of basic freedoms like speech, assembly and travel and protections from illegal searches and seizures. Correa made the decision after a conflict between Shuar residents from the community of Nankints and the armed forces resulted in the death of a police officer.

But this tragic outcome was preceded by an earlier violent event. The Ecuadorian government had evicted eight Shuar families in San Juan Bosco canton in August of 2016, arguing that the families were squatting on land belonging to Explorcobres S.A., owner of the Panantza-San Carlos copper project.[1] Nevertheless, leaders from various indigenous organizations reminded the Ecuadorian president that these families belonged to an indigenous community, and that the mining concessions had been granted in contravention of the International Labor Organization (ILO) Convention 169 and its guarantees of prior, free and informed consultation.[2]

Convention 169 of the ILO–also known as Prior, Free and Informed Consult–requires that signatory countries consult indigenous communities about legislative or executive actions that could directly affect them, in order to arrive at an agreement as well as consent for the action. [3]

The Andean Region: From signatures to reality

The Colombian government ratified Convention 169 in 1991, and 10 years later it carried out the first prior consultation related to a mining project. [7]In the cases of Ecuador, Peru and Bolivia, 13, 20, 23 years passed respectively between ratification and implementation. But the problem is not just the delay, per se, in implementing the agreement, but also the mistrust, conflicts, and deaths generated by the delay. According to the Observatory of Mining Conflicts in Latin America, Peru has the second-highest number of conflicts in Latin America, and the Andean region (comprising Peru, Ecuador, Colombia and Bolivia) account for more than 44 percent of all mining conflicts in South America. [8]

Nevertheless, it is important to note that Andean governments have made significant progress towards the implementation of prior consultation. Those efforts, however, have been uneven. In Peru, in 2011, then-president Ollanta Humala enacted the Right to Prior Consultation for the Indigenous Peoples law. He also created a Vice Ministry for Interculturality, part of the Ministry of Culture, to implement the consultation process and create the database of indigenous communities that would benefit from it, among other responsibilities. So far, three consultation processes related to mining projects have been completed, and several others are underway. Nevertheles, indigenous communities face a new threat: a bill, introduced in 2016, seeks to weaken the prior consultation law whose enactment cost indigenous people so much time and blood in the land of the Incas. [9]

For their part, the governments of Rafael Correa in Ecuador and Evo Morales in Bolivia changed their national constitutions in 2008 and 2009, respectively. The new constitutions recognized their status as plurinational countries and reaffirmed their commitment to prior, free and informed consultation. Nevertheless, the first mining consultation in Bolivia was carried out more than six years after the enactment of the new constitution, and there are five flagship mining projects in Ecuador marred by conflict. Panantza-San Carlos is one of these.

Colombia has gone further and includes not only indigenous communities, but also Afro-Colombian and Roma communities, among the ethnic groups that benefit from prior consultation. Nonetheless, the consultation processes are not always carried out or completed, and lead to complaints about the lack of information. [10] In 2009, the government of then-president Alvaro Uribe granted the Muriel Mining Corporation exploration rights on land that is home to the Emberá indigenous community, violating Convention 169. [11] This case was hardly unique to Uribe’s government or to Colombia. Similar actions are carried out both in Andean countries and elsewhere in the hemisphere. The full application of Convention 169 in Peru, Bolivia, Colombia and Ecuador has seemed to be an impossible dream: five years after the first consultation in the Andean region, major challenges remain.

It is also important to highlight the role of mining companies in the prevention and resolution of conflicts. The companies that explore and exploit mining concessions without consideration of the most basic environmental and social standards or international and national laws bear as much responsibility as governments do. Several mining companies refuse to participate in consultations under Convention 169, heightening the risk of conflict. Contrary to what Canadian mining company Barrick Misquichilca’s director of corporate affairs once claimed, the fact that Convention 169 has been signed by relatively few countries does not diminish its legality or validity in signatory countries. [12] Likewise, Carlos Santa Cruz, then the regional vice president of the American mining company Newmont, denied the communities surrounding the Conga project their right to prior consultation after years of conflict. [13] The issues there have not yet been resolved.

Consultation takes time and requires investment, and there’s no guarantee that the parties will reach an agreement. But that’s what democracy is about: participating and allowing those with a very different worldview to participate, as well. We can’t wait–as happened with Barrick’s Mande Norte project in Colombia–for the Constitutional Court to intervene and suspend exploration, or even worse, for civilians and soldiers to die before governments recognize the inalienable rights of our indigenous communities.

By Erika Quinteros, Research Associate at the Council on Hemispheric Affairs