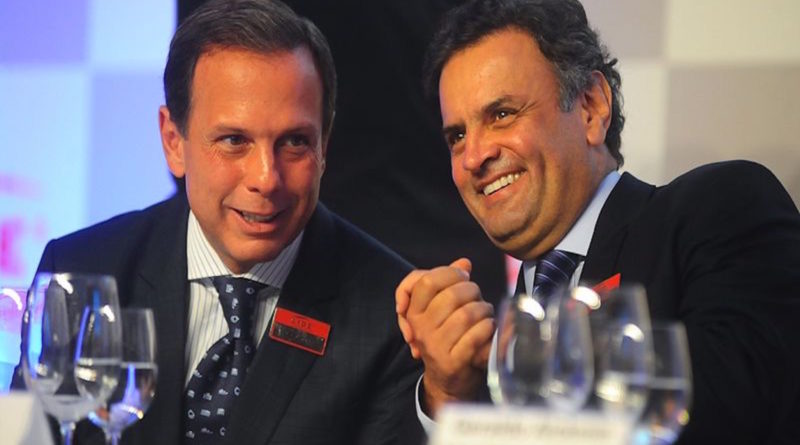 Extramural Contributor at the Council on Hemispheric Affairs

Hosting the Brazilian version of The Apprentice had made millionaire João Doria a popular figure among voters in the city of São Paulo before the 2016 mayoral elections were staged. Nevertheless, the jetsetter and PSDB (Brazilian Social Democracy Party, Partido da Social Democracia Brasileira) candidate made headlines when he was elected to the post with 53% of the vote in the first-round of the mayoral race on October 2, 2016. Incumbent mayor Fernando Haddad from the Partido dos Trabalhadores (Worker’s Party, PT) finished in a distant second place with only 16%.

Despite running on a platform that included broad privatization and concession plans, Doria won in all but two electoral districts. His success among low income voters came as little surprise, as Doria presented himself during his campaign as “O João Trabalhador” (Working João), a self-made man who had overcome hardship and built his own a media empire on grit. Doria’s key to success was not so much based on his own merit as his preceding lobbying-breaking between businessmen and politicians. However, due to having to face the current discrediting of Brazil’s political class derived from the Lava Jato investigation, Doria was successful in portraying himself as an outsider and a savvy businessman with the managerial skills to provide effective solutions to the city’s most pressing issues.

Currently, Doria is considered among the major PSDB politicians most  likely to be delivered a presidential bid. His name may be less well known at the national level when compared to other PSDB heavyweights such as Sao Paulo Governor Geraldo Alckmin. Nevertheless, his unexpected victory in Brazil’s largest city could serve as proof that political outsiders can play a role in the 2018 race.

Lobbying his way to the upper tiers of politics

João Doria’s links to distinct political groups date back to the early 1980’s when he was appointed as São Paulo’s tourism secretary in his mid-twenties. Later, he served as president of the Brazilian Tourism Board. Doria Group, his communication company and the Group of Business Leaders (Grupo LIDE) that he founded became famous for bringing together high-level politicians and businessmen at extravagant social events, private meetings and seminars such as the Fórum de Comandatuba. Doria’s association with Brazil’s political elite, particularly PSDB politicians, goes beyond organizing conferences or hosting dinner galas at his mansion. According to Folha de S.Paulo, one of Brazil’s major newspapers, between 2010 and 2016, ten PSDB governors paid more than $3 million USD in publicity to his media company.

His opposition to PT governments and proximity to right-wing politicians has been evident for more than a decade. In addition to openly supporting Geraldo Alckmin during the 2006 presidential election, Doria was one of the founders of the Cansei (“I’m tired”) movement in 2007, that protested corruption and insecurity in Brazil and where the Fora Lula (Lula Out) chants played an important part in the demonstrations. Moreover, coinciding with the 2015 anti-government protests, the 14th edition of the Fórum de Comandatuba gathered right-wing personalities, celebrities and business tycoons to discuss the role of leaders in overcoming the “social and economic crisis” affecting Latin America and Brazil. Among those who attended were former president Fernando Henrique Cardoso, the infamous former speaker of the Brazilian House, Eduardo Cunha, and the then-Senate president Renan Calheiros. The last two were ousted in 2016 under corruption charges.

João Doria’s nomination emerged after a power struggle within the PSDB that tilted the scale in favor of São Paulo’s Governor, Geraldo Alckmin, who is considered Doria’s “political godfather.” As a result, other PSDB members such as one of the defeated contenders, Andrea Matarazzo, accused Doria of buying the votes of his fellow party members to secure the nomination. Despite some internal divisions, Doria’s nomination and eventual election were seen at the time as positive signs for Alckmin in his quest to get the PSDB presidential bid.

Throughout his political campaign, the PSDB mayor embraced an anti-PT rhetoric that helped him gain votes and recognition among São Paulo’s conservative electorate. Doria repeatedly has called former president Lula a thief and accused him of living off other people as opposed to working from an early age, as he allegedly did. This anti-petismo was successful in gathering the support of São Paulo’s conservative electorate, where the largest anti-government protests were hosted throughout Dilma Rousseff’s impeachment process.

Nevertheless, Doria’s victory in the first round of elections, particularly in low-income neighborhoods, came as a surprise to many observers. As a member of São Paulo’s elite, it was expected that poor, left-leaning voters would find it hard to relate to him and opt to re-elect incumbent Fernando Haddad. Haddad’s policies targeted poor sectors and offered a progressive solution to the some of the city’s challenges through more affordable social services and improved mobility.

Doria’s appeal to poor voters may be explained by several factors. For instance, the Lava Jato corruption investigation impacted PT politicians more negatively than others due in part to a media campaign that connected that party more sharply to the scandal and portrayed its leaders as corrupt and inefficient. In addition to the disorientation of the PT, the image of Doria as a self-made man resonated among many poor audiences who looked up to him as an epitome of the “Brazilian dream.” This served to reveal that despite the social advances obtained under PT administrations, the party was unable to more effectively politicize poor and new middle-class sectors, and instead focused on the rise of a consumer class that endorses a distorted perception of meritocracy and rejects progressive socio-economic and redistributive policies. Finally, Doria’s management approach and the vision that he was an outsider to politics seduced some voters who saw him as capable of providing rapid solutions to São Paulo’s problems. This reasoning illustrates that the current discontent with Brazil’s political class influences political parties to opt for political newcomers, although not necessarily without links to the political system as in the case of João Doria.

Despite this, while the election of a mayor in the first round was historic for the city, São Paulo was the State capital with the lowest turnout in the country. Almost 2 million of the approximate 9 million registered voters chose not to vote and blank and null ballots reached over 1 million, regardless of compulsory voting.  This abstention corroborates the dissatisfaction of Brazilian society with the current political landscape, as well as an apparent apathy and the inability of political parties to mobilize the electorate.

Privatizing the city while paving the way for the presidential nomination

A year after his election, Doria’s performance has not escaped controversy. For example, his wife Bia Doria has been criticized for her shallow remarks and for her ignorance on the challenges affecting poor people. In addition to stating that “all poor people need is a hug”, she has also praised herself for improving the life of the workers of her art studio by making them her assistants.  The condescension of those statements is particularly significant given that during his tenure João Doria has reduced social services by making deep budget cuts to the health, sanitation, housing, and cultural sectors. This reveals a vision shared by an important part of the Brazilian elite that believes that the state should be reduced and that the poor have to rely on the rich people’s generosity.

Doria has also secured legislative support to advance comprehensive privatization, concessions, and public-private partnership programs as a way to make the government “more efficient” and reduce financial costs. Those plans include São Paulo’s largest public venues, such as the Interlagos race tracks, the Anhembi carnival arena, the Pacaembú stadium, numerous municipal parks, cemeteries, and 27 bus terminals. Civil society organization have warned that the privatization of public spaces can increase the risk of exclusion and marginalization in one of Latin America’s most unequal cities. In addition, they have also criticized the absence of public participation in the discussion, as well as the lack of transparency in the entire privatization process.

Recent polls show that Doria has been unable to retain the image of the efficient manager that allowed him to win the election.  His approval rate has fallen from 41% in July to 32% in October of 2017. According to recent polls, some of his voters, now recognize that he has underperformed and regret having voted for him in the first place. However, despite his decrease in popularity, Doria has embarked in recent months on a tour of  many Brazilian cities, hoping to rally support for an upcoming presidential bid. In the case, he is not able to get a PSDB nomination, he seems open to courtship from other political parties. For instance, it was reported that he has been approached by the Democrats (Democratas, DEM) party and the Brazilian Democratic Movement Party (Partido do Movimento Democrático Brasileiro PMDB) in order to discuss a potential nomination.

As the presidential race approaches, Doria is still considered as one of the top political figures more likely to secure a presidential nomination. The mayor is favored by part of the conservative media and the Brazilian elite, due to his managerial approach to politics and because he is seen as a less radical option when compared to Jair Bolsonaro. Vis-à-vis the uncertainty of Lula’s presidential run, the Brazilian right will probably select a scandal-free candidate. Their goal is to get the votes of those dissatisfied with the current state of Brazilian politics, as well as of those influenced by the selective anti-corruption movement that is taking place.  That said, it remains uncertain whether Doria will be successful in convincing the national electorate to vote for a privatization model, such as the one implemented in São Paulo. Likewise, it remains to be seen whether the majority of voters will opt for a political outsider or will favor the return of a more progressive and redistributive model.