On Wednesday July 20, 2011, the Foreign Affairs Committee (HFAC) initiated its markup of pending House bill H.R. 2583 to authorize appropriations for the Department of State for the 2012 fiscal year.[i] The stir created earlier, which was prompted by the controversial features of the measure, was introduced by the committee’s chairwoman Ileana Ros-Lehtinen (R-FL) on July 11, 2011, and made it into the ‘hottest topic’ on the House’s website.[ii] The bill has proposed the restriction of funding for U.S. aid commitments to Palestine, Lebanon, and Pakistan, as well as to several international organizations, amongst them, the Organization of American States (OAS). Section 102 of Ros-Lehtinen’s bill, states that USD 1.5 billion is to be allocated to contributions to international organizations.[iii] An hour-long debate over the pending legislation on Wednesday resulted in a resolution to withdraw the entire USD 48.5 million annual U.S. contribution to the regional organization, a mere three percent of the total that would have been allocated to international organizations.[iv]


Rep. David Rivera (R-FL) argued in favor of the initiative by insisting that, “The OAS is an enemy of the U.S. and an enemy to the interests of freedom and security.”[v] This aversion towards the OAS, which is ­­­joined in by a narrow segment of ultra-conservative Republican legislators, as well as by a few Democrats, is rooted in the belief that the organization is biased in favor of anti-democratic leftist regimes throughout Latin America, whose defiance of U.S. policy goals represents a blatant threat to the U.S.’s security. Extremist Republican legislators, regularly bash the OAS using their wantonly inaccurate charge that the OAS has allied itself with iconic leftist leaders such as Venezuela’s Hugo Chávez, Ecuador’s Rafael Correa, as well as Fidel Castro. Ros-Lehtinen’s misguided bill raises the question from where do such individuals obtain their inspiration to devise this genre of what is little better than off-the-wall legislation: the result is that this congressional action reflects the exile mentality of part of his constituency. In fact, the congressman’s district is composed of a variety of conservative expatriates coming from Cuba, Nicaragua, Venezuela, among other Latin American countries.

Some of their more reflective counterparts were appalled by this initiative to “pull out of the world,” after alluding to other sections of the proposed bill which are applicable to Lebanon, Palestine and Pakistan.[vi] They denounced the Ros-Lehtinen initiative for being a mischievous and mean-spirited gesture, ostensibly aimed at cutting costs, but which ends up becoming a strategy that will ultimately bear irreparable consequences. As Rep. Gary Ackerman (D-NY) perceptively phrased it, “Here we are for a lousy $48 million willing to symbolically turn our backs on our own hemisphere…this is folly. It’s more than folly, it’s dangerous.”[vii] The repercussions of withdrawing funding to service these international and regional organizations could severely further the erosion of the U.S.’s image, and continue to alienate it from the rest of the hemisphere.

Is the OAS really that ‘evil’ and ‘threatening’?


The OAS has 35 member states and 66 observer states, making it the most comprehensive regional forum for discussion amongst governments in the hemisphere. The organization is led by Secretary General Jose Miguel Insulza, whom COHA director Larry Birns has characterized as a “gifted figure, whose hemispheric leadership has been of demonstrable importance in resolving compelling regional issues in recent years.”[viii] The U.S. signed the OAS Charter in 1948; since then, the rhetoric utilized by the organization served as a fig-leave for the U.S. dominated body to service U.S. Cold War interests, narrowly defined. Rather than defending the member states’ “sovereignty, their territorial integrity, and their independence,” [ix] as stated in the Charter’s first article, the OAS during this era routinely served as a forum for completely predictable debate, and for the automatic passage of U.S.-backed initiatives. Since its inception, the OAS has subordinately acceded to the U.S.’s foreign policy agenda without complaint or hindrances. Intrinsically, Washington has been the main financial benefactor to the region, as well as the OAS itself. This, of course, has drawn criticism against the organization by many liberals and regional nationalists– as many argue that the OAS serves mainly as a decorative entity that epitomizes the U.S’s dominance over the hemisphere.

During the Cold War, the OAS stood for a paternalistic brand of democracy ostensibly meant to serve as a counterbalance to the Soviet bloc, even while arranging for the suspension of Cuba’s membership in the organization in 1962.[x] However, since the September 11 World Trade Center attacks, Washington’s foreign policy interests have dramatically shifted and the Western hemisphere has significantly lagged in importance. This lessening in the organization’s profile created a window of opportunity for other opinions to be voiced and other interests to be served, so that today hemispheric politics are no longer uniquely driven by U.S.-guided policy. Hugo Chávez’s leftist-populist ideology, his Bolivarian Alliance of the Americas (ALBA) movement, and the rise of pluralism and multi-centrism in the hemisphere, have left the U.S.’s OAS leadership severely weakened. This defiance of U.S. dominance now, as being seen in the OAS, has disconcerted many U.S. foreign policy experts, and factored into the petty bias of Republican arguments to slash funding for the OAS. Secretary-General Insulza is hardly responsible for the ebbing of U.S. authority in that body. In fact, if anything, Insulza can be accused of going out of his way to accommodate U.S. policy aspirations.


The U.S.’s budgetary woes have contributed to unleashing a much more conservative stance in the House of Representatives’ GOP majority. However, a split exists amongst the more rational wing, and the ‘mad dog’ segment of the Republican Party. Senate Republicans are somewhat more open to a bipartisan compromise on foreign policy issues, and they have expressed their concern over the political right’s extremist stand. This could result in a “public backlash,” in which not only will Republicans appear increasingly irrelevant when it comes to Latin America, but the Obama administration’s lack of definition in its own policy to the region will weaken its opportunity to gain advantage from the benign neglect of the current status quo.[xi] At this point, it is unlikely that Ros-Lehtinen’s bill will pass in the Senate, where a Democrat majority now stands, and Republicans tend to be relatively more moderate when it comes to defining their responsibilities. However, the fact that such a proposal has gotten so far in the legislative process is frightening, to say the least. 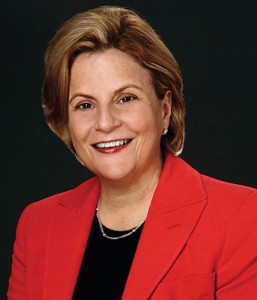