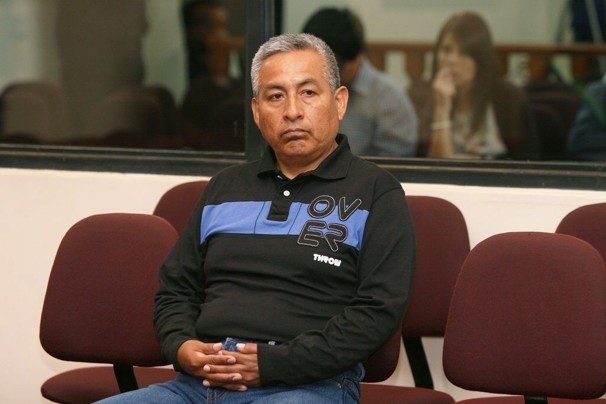 The trial of captured Shining Path leader “Comrade Artemio” has begun in Peru, with the guerrilla commander denying links to drug trafficking or terrorism.

Florindo Eleuterio Flores, known by the alias “Comrade Artemio,” is standing trial at Callao naval base outside Lima. The first hearing was on Wednesday, and the next is scheduled for December 26. It is expected to last about six months.

Artemio appeared before the court, but did not speak. Via his lawyer, he denied any links to terrorism, drug trafficking, or money laundering, as RPP reports. Artemio’s lawyer Mario Paico stated that the guerrilla leader “is a politician, not a terrorist,” and argued that the solution to the “political violence” of the Shining Path should be “legal, not political.”

He also stated that the case against Artemio was based on the testimony of witnesses who had an interest in incriminating him in order to win reduced sentences. Paico said, however, that Artemio was the leader of the Huallaga-based faction of the Shining Path, and that he took responsibility for what had taken place there.

Artemio is accused of some 500 terrorist acts, according to RPP, including the murder of 60 police, a prosecutor, and a number of civilians. Counterterrorism prosecutor Julio Galindo told the press that the trial would show Artemio’s involvement in drug trafficking.

Former Congress members Nancy Obregon and Elsa Malpartida will testify. They are both leaders of the coca-growers’ movement, and have been accused of working closely with the Shining Path to build their careers in politics and the in the coca movement.

Shining Path commander Oscar Ramirez Durand, alias “Feliciano,” who was captured in 1999, will also be called to testify on the subject of Artemio’s links to the drug trade, reports Diario Correo.

The prosecution is seeking life imprisonment, and wants Artemio to be ordered to pay 13.8 billion soles ($5.3 billion), as Andina reports.

Artemio was captured by the security forces in February. He was the leader of one of the remaining branches of the Shining Path rebel group, which was active in the Huallaga region of northern Peru. That branch is thought to be severely weakened, while the faction in the VRAE region, further south, appears to be gaining strength and has carried out a series of high-impact actions this year, including the kidnap of more than 30 gas workers.

The Washington Post points out that Artemio’s trial comes at a time when some members of the rebel group locked up 20 years ago are due for release, and when a political movement linked to the rebel group is trying to register itself as a party, stirring up painful memories of the conflict.

The political solution that Artemio’s lawyer called for is not likely to become a reality. As the Post states:

Unlike neighboring Colombia, which is considering granting political representation to the … FARC, to end the 50-year armed conflict, the idea of incorporating former insurgents into legitimate political life appears unthinkable in Peru.