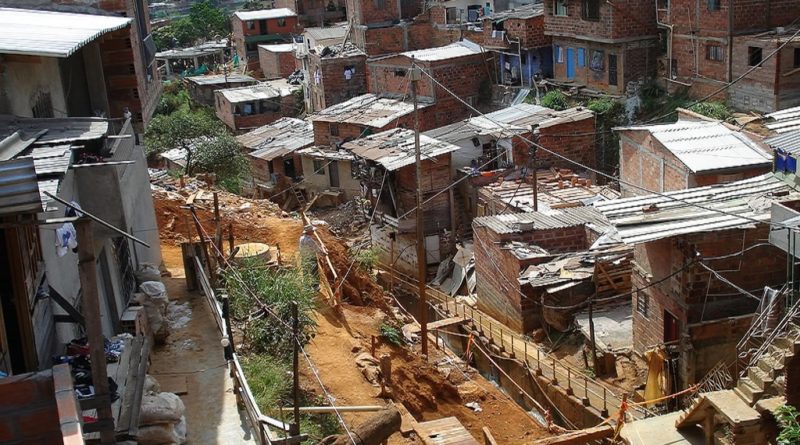 Since the enactment of the Colombian government’s peace deal with the Revolutionary Armed Forces of Colombia (FARC), former president and current senator Alvaro Uribe’s Democratic Center Party (CD) has heavily criticized the agreement and labelled it as a capitulation to the FARC.[i] Particularly, the CD has condemned President Juan Manuel Santos’ decree #899, which states that the federal government must provide ex-FARC members economic grants to start small businesses and a monthly stipend equivalent to 90% of the minimum wage for a period of 24 months.[ii] The CD is baffled as to how the government can provide economic security to ex-FARC members while allowing the impoverished Colombian communities to become poorer. [iii] As a Colombian citizen, I agree with the CD in the necessity for further federal investment in the country’s impoverished population. However, the government must not rescind decree #899; otherwise ex-FARC members will not be able to integrate into society and will end up in a cycle of poverty and drug trafficking once again.

Many Colombians do not understand why the government should give economic assistance to rebels that once terrorized the nation. This is a fair concern. The FARC was a major contributor to the 220,000 deaths and 5.7 million displacements of Colombia’s civil war[iv] – how can the government help former FARC members now? One has to analyze why the FARC became an opposition group in the first place – economic inequality. Although FARC’s actions can never be justified, it must be said that the organization originated as an opposition group because of the Colombian government’s disregard for the lower classes.[v] Fifty-three years later, the government must not make the same mistake again. If the government does not help impoverished areas develop habitable conditions, members of the FARC and other rebel groups will once again opt to engage in illicit activities to make a living.

Colombia, a country that is geographically divided by the Andes mountain range and socially divided by socioeconomic disparities, has long fallen victim to underdevelopment due to a weak state presence in rural areas. In fact, most – if not all – of Colombia’s wealth is concentrated in the urban regions of the country. To the south of Bogotá, Colombia’s capital, and in many areas along the Pacific coast, the country remains highly underdeveloped – to a point where many towns do not regularly receive basic services from the central government.[vi] For example, in the city of Buenaventura, a coastal city in which 64% of its urban population and 91% of its rural population live under the poverty line, residents lack clean drinking water, functioning hospitals, and a strong security apparatus.[vii] In general, over 40% of Colombians rural population lives in poverty.[viii] Under these dire conditions, Colombian authorities cannot expect rural communities, from which most of the former FARC members derive, to support the government.

If the government rescinds decree #899, it will continue to impoverish Colombia’s rural population. Essentially, it is a perpetual cycle. Without funds, ex-FARC members, who generally are uneducated because many were forced to join the FARC at a young age, will not have the means to provide for their families and could turn to illicit groups that can offer them a decent living. Since demobilizing, former FARC members have been moved to concentration zones in the rural areas of Colombia. Although many camps have been successfully assembled, some have already had problems with disease control and an insufficient and contaminated water supply.[ix] Furthermore, many ex-rebels have already struggled to join the workforce because most employers do not want to hire ex-FARC fighters.[x] With these conditions and without government subsidies, former FARC members will not be able to escape the cycle of poverty, violence and drug trafficking.

The way that the FARC manifested its opposition to the Colombian government through violence and terror for half a century was despicable and will never be forgiven or forgotten. However, the fact that most provinces that had been primarily affected by the atrocities of Colombia’s civil war voted “Yes” for the peace deal is strikingly telling. Most Colombians in conflict zones simply want peace. This can only be achieved by reintegrating ex rebels into society, which is the objective of decree #899. Moving forward, the government must ensure that decree #899 is implemented and must also listen to the CD – while focusing on reintegration efforts is necessary, investing in the poor areas of the country such as Buenaventura is equally important. Colombia has the potential to reach harmony and stability, but first it must direct its attention to its marginalized communities.