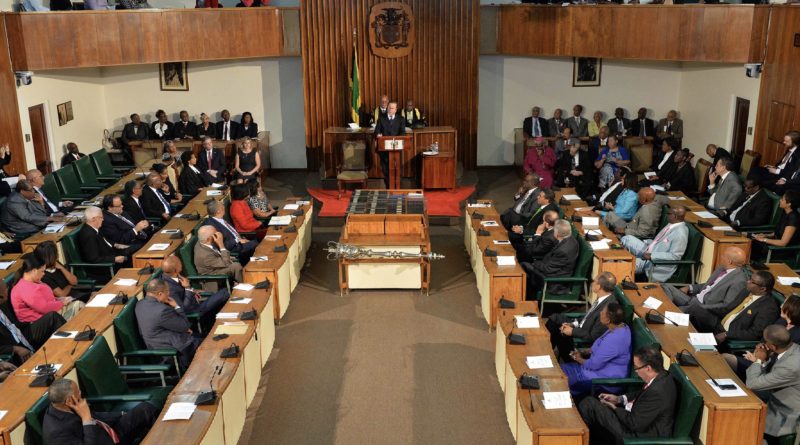 In July 2016, Jamaica’s Attorney General, Marlene Malahoo Forte, declared that some “fundamental rights and freedoms guaranteed to Jamaicans may have to be abrogated, abridged, or infringed.”[i] The Attorney General proposed an amendment to the Bail Act in murder cases involving intentional homicide: the accused are to be immediately remanded and subjected to trial without a jury. This drastic suggestion came at the heels of a staggering intentional homicide rate. Jamaica has the sixth-highest intentional homicide rate in the world, at 46 per 100,000.[ii] These radical propositions received vehement support from Jamaican Prime Minister Andrew Holness.

If any democratic government seeks to impose such draconian legislation, especially such a politically reprehensible one, it must be able to support its decision with overwhelming reasons confirming that suspending constitutional rights will actually diminish radical violence. Therefore, this infringement of basic rights can only be upheld through a State of Emergency if its measures of success can be immediately quantifiable. The Holness Administration has not given enough justification for such a radical, unconstitutional measure that defies both Jamaican laws and international ideals.

The Jamaican Constitution allows for some temporary suspension of rights upon the declaration of an official State of Emergency by the Governor General. However, this State of Emergency cannot last longer than fourteen days. Parliament can sanction an extension by a two-thirds majority, but even then, it cannot last more than three months.[iii] To impose a State of Emergency, the Governor General would have to justify that something has occurred in the nation that affects the government’s ability to function or that a total loss of control has rendered government and law enforcement unable to rule in the normal manner.

The proposal was met with immediate opposition from many high-level officials and attorneys. The Jamaican Bar Association warned that these laws would unjustifiably breach the rights of citizens without achieving the desired results.[iv] K.D. Knight, a private attorney practicing in Jamaica, advised that the government cannot assume that everything it imposes is constitutional or even legal.[v] Bert Samuels, another private attorney, in a raging editorial reminded the Attorney General of her oaths to remain “faithful and bear true allegiance to Jamaica. . .[and] uphold and defend the Constitution and laws of Jamaica.”[vi] Despite the tenacity of opposition, the Holness Administration seemed undeterred by public opinion and likely to pursue this radical agenda.

By measure of the nation’s own laws, the proposition is hardly legal or constitutional. The Ministry of Justice (MOJ) has made it its mission to create a “just and law-abiding society” that has an “accessible, efficient, and fair system of justice for all,” in order to “promote respect for rights and freedoms” of all Jamaican citizens. It intends to enact these principles by

…protecting the constitutional rights of citizens, maintaining the independence of the judiciary, reinforcing confidence in the Legal Institutions, carrying out law reform to effect greater social justice, providing means of redress when people are abused by organs of the state, [and] carrying out legal directives ordered by the courts for the protection of society.[vii]

This proposed enactment hardly appears to protect constitutional rights or reinforce confidence in legal institutions. However, most disconcerting of all, this proposed amendment does not retain the fundamental independence of the judiciary. Jamaica is a democratic state and as such, relies on the separation of power between the legislative and judiciary branches. This separation exists to guarantee accountability. The legislative branch cannot impose changes upon the judiciary based on its own interests to lower the island’s intentional homicide rate; this removes the legitimacy of the entire system. The MOJ qualifies that it may need to carry out legal reforms as necessary. However, these reforms cannot be allowed to undermine the validity of the constitution. Imposing such a naïve and undemocratic tactic to diminish the high levels of crime is demonstrating an abuse of power.

Chapter III, Section 13.1(a) of the 2010 Constitutional Amendment to the Charter of Fundamental Rights and Freedoms denotes “all persons in Jamaica are entitled to preserve for themselves and future generations the fundamental rights and freedoms to which they are entitled by virtue of their inherent dignity as persons and as citizens of a free and democratic society.” Chapter III, Section 13.2(h) pronounces “the right to equitable and humane treatment by any public authority in the exercise of any function.” Incarceration without chance of bail and trial without a jury of impartial peers is hardly “humane treatment.” It is a direct defiance of the self-proclaimed “fundamental rights and freedoms” to which the nation prescribes in its constitution. The wording “to which they are entitled” may allow for some leeway. The government could argue that a person in defiance of the laws of the nation (e.g. by committing murder) is not entitled to the freedoms and rights written into the laws of that nation. However, that tactic is an assumption of guilt of the offender. True democracy, per Article 11 of the United Nation’s (UN) published Universal Declaration of Human Rights, requires an ideal of assumption of innocence until there is proven guilt.

As a free, democratic nation, the Jamaican government and constitution must subscribe to the values imposed in this document. However, the suspension of juries and the right to bail for those accused of murder would further violate even more fundamental articles of the UN’s Universal Declaration of Human Rights: Article 5, which denies the use of cruel treatment or punishment, 7, which states that all men are entitled to equal protection under the law, 9, which states no one shall be subjected to arbitrary arrest or detention, and 10, which states that everyone is entitled to a fair and public hearing by an impartial tribunal.[viii]

Prime Minister Holness had asserted that the government did not intend to diminish human rights but that “the government has to weigh the balance of human rights as a whole, and the rights of those persons who are being murdered by persons who get bail. . .and go out and commit more crimes.”[ix] However, this emotional plea does not justify the suspension of human rights. It perpetuates the problem of assigning guilt before there is any proof of it.

Unlike most other nations in the region, Jamaica is a middle-income country.[x] However, there are still vast pockets of poverty and a rather large divide between the rich and the poor. The privileged and wealthy are often able to escape arrest and incarceration due to monetary bribes and personal ties to government officials, police, and judges. The cases involving wealthy individuals that do make it to trial are often tried more leniently than those involving poor individuals. The amendment to the Bail Act would perpetuate the already popular idea amongst citizens that the poor have no rights.[xi]

The nation also suffers from an increasing trend of jury victimization through threatening, or even murdering jurors.[xii] Though the government has put systems in place where victimized or threatened jurors may attempt to reach trustworthy law enforcement, it has been largely unsuccessful in tempering the crime. Perhaps this dramatic amendment assumes suspending juries will aid in stemming the violence against jurors as well as the mishandling of juries and witness tampering. However, correcting one crime with a policy that denies basic rights is hardly an appropriate response. Jury and witness tampering occurs because criminals do not want to be incarcerated. Therefore, they target the individuals responsible for deciding their guilt. Suspending juries is hardly the solution to jury tampering; it is the creation of an even more skewed legal system.

It has been eleven months since Attorney General Mahaloo Forte proposed these radical changes to crime and punishment in Jamaica. In that time, there has been absolute silence on the topic. Perhaps the ill-considered idea has been sent to its grave. Perhaps, however, the Jamaican Parliament is quietly writing amendments to the Bail Act that would make these propositions legal, although criminally negligent when it comes to protecting human rights. The Holness Administration would be wise to refrain from advocating such a drastic change to the prosecution of homicides. The amendment to the Bail Act is unlikely to have the desired results in mitigating violence. It is much more likely to increase distrust in the government and increase tensions between citizens and law enforcement agencies.

[viii] “The Universal Declaration of Human Rights,” The United Nations, accessed May 16, 2017.

[xii] “Witness Intimidation,” Office of the Director of Public Prosecutions, accessed May 16, 2017.