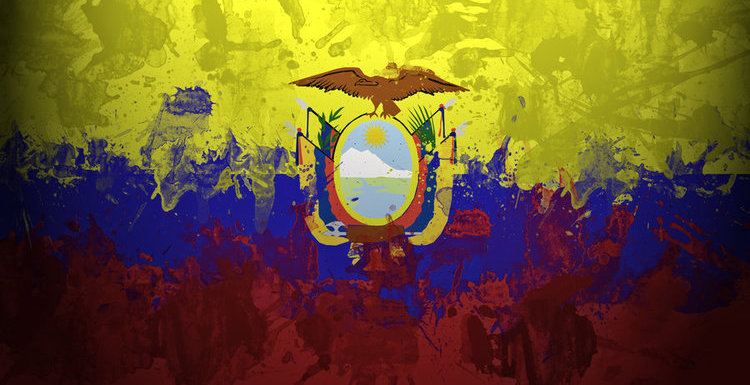 By: Patrick Burchat, Research Associate at the Council on Hemispheric Affairs

Capitalism is the only route for development in Latin America. So said The Economist in its June 14, 2014, article “The Gods that Failed”. [1] This opinion reflects the prevailing norm of modern Latin American economic development theory. Most academics and analysts from the developed world praise the ongoing performance of the Pacific Alliance countries: Chile, Peru, Colombia, and Mexico. Their success, according to the dominant story, is due to the Pacific Alliance’s adherence to free-market capitalism. Meanwhile, their struggling Atlantic brethren—Brazil, Argentina, and Venezuela—chose to follow the ill-fated path of populism and democratic socialism.[2] Indeed, the Pacific Alliance has experienced robust macroeconomic growth over the last decade in terms of real GDP (3-5 percent growth), inflation (between 2-4 percent), trade (15-30 percent as percent of GDP), and domestic investment (around 23 percent).[3] At the same time, their Atlantic counterparts are faring much worse: between -0.5 and 3 percent change in real GDP, 6-72 percent inflation, 14-24 percent of exports as a percent of GDP, and 18-22 domestic investment as a percent of GDP.[4] However, many scholars and analysts who applaud the liberalizing economies of Chile and Colombia overlook their mutual neighbor, Ecuador. An easy cop-out could attribute Ecuador’s absence from the discourse to its small size and outlier status. However, it is equally intuitive that the proponents of “no alternative” liberalized capitalism do not discuss Ecuador because of its economic success, while embracing social welfare and stricter government controls is deviant to the now-dominant narrative that unfettered markets are the only way.

The Not So Invisible Hand

Some critics have chalked Ecuador’s continued growth model and ability to reduce inequality to wealth derived from petrol exports. The fact that Ecuador is a petro-state certainly has a positive effect on its economic vitality, but petroleum is not solely responsible for the country’s success. Oil exports made up 34 percent of Ecuador’s GDP in 2007. So, when the global price of oil dropped in the financial crisis of 2008, Ecuador’s economy absorbed a huge shock.[10] Despite these claims that Ecuador’s ongoing success lies on the back of petrol exports, Ecuador’s economy seemed poised to collapse in 2008 thanks to the drop in oil prices and remittances. However, Quito has implemented a number of centrally planned measures that mitigated the damage. Financial reforms prevented capital flight, as banks now keep 69.7 percent of their assets at home. The government placed interest rates under the Central Bank’s oversight. It also quickly enacted one of the hemisphere’s biggest government stimulus programs—more than $900 million USD spent on housing and infrastructure. These factors, combined with a large increase in social spending (9.3 percent of GDP), greatly contributed to the speed of Ecuador’s recovery.[11] Apart from using government spending to stimulate infrastructure and job opportunities, Ecuador is now unique in reigning in capital flight from the country. It has also effectively established government control over its central bank, and a program of social spending by the central government has been effective in reducing unemployment to 4.1 percent; the lowest it has been in 25 years.[12]

Ecuador’s ensuing success, and its continued rejection of free trade and liberalizing policies, stands in direct opposition to what many in the Developed World have stood in favor of: the inevitable (and solitary) success of the free-market in Latin America. Generally, the common praise for Chile, Peru, Colombia, and Mexico is complemented with lambasting of Argentina, Brazil, and Venezuela for not embracing liberal trade and market strategies.[13] In “The Gods That Failed,” The Economist, a magazine that has often advocated for its own rightist definition of government intervention in the economy, blames government manipulation of the markets and the opposition to liberal capitalism for the slow growth and high inflation rates in those countries.[14] The article goes on to insinuate that criticisms which point to the negative effects of the free-market Latin America have fallen short because, after all, the countries that let the market run itself are exhibiting GDP growth. The Economist does not stand alone in insisting that anything but free-market strategies lead to ruination. In fact, this is the prevailing narrative of Latin American development.

For example, this narrative was omnipresent during a panel discussion on entrepreneurship in Latin America among economists from the World Bank, the Inter-American Development Bank, and the Brookings Institution, held at the latter’s Washington headquarters on June 5. The discussion focused entirely on how more competition and innovation in the private business sector is the surest way to drive economic prosperity and success for all in Latin America.[15] Instead of discussing other possible success stories of productive firms and economies in Latin America, the panelists focused on Chile (referring to its booming private sector as “Chilecon Valley”) and Peru.[16] Many other analyses from large policy-influencing entities blatantly ignore any possibility that growth and prosperity can come from anything but liberal capitalism. Some go so far as to ignore divergent evidence. In Raymond Colitt’s May 28 article for Bloomberg, “Latin Free Markets Rule as Pacific Ocean Nations Beat Atlantic,” the author discusses the divide between Pacific and Atlantic economies. Colitt focuses on the Pacific economies of Peru, Chile, Colombia, and Mexico, and how well liberal capitalism has served their growth in contrast to the Atlantic nations. When reached for comment on why he neglected to mention Ecuador, Mr. Colitt responded, “In this piece we decided to focus on the region’s major economies.” It is certainly true that Ecuador is not a major economy. Its GDP is less than half of Chile’s. Chile’s GDP, however, is less than one-seventh the size of Brazil’s. Economic significance, after all, is a matter of scale, not an arbitrary classification between small and large. Furthermore, Mr. Colitt’s thesis does not even mention scale. It simply asserts that the South American countries that have opened their economies have fared better than their planned counterparts. Ecuador is clearly deviant to this trend, regardless of its size.

The Scourge of Cognitive Dissonance

The dominant narrative of liberal capitalism has proclaimed its own eventual victory as the leader of development in Latin America, much in the same manner that Fukuyama confidently proclaimed the victory of his concept of liberal democracy in 1992. The false premise of this narrative is that it does not leave room for any alternatives, while one clearly exists in Ecuador. This is not to say that liberal capitalism is not necessarily the complete answer; rather, it is not the only answer. Ecuador’s progress through the nationalization of finance, import substitution, and heavy social spending should be watched closely, not slighted with neglect. The fact that the debate surrounding economic development in Latin America leaves out evidence that contradicts the narrative is devastatingly harmful to the future of Latin America. Not only does it reflect the prioritization of ideology over outcomes on the part of academia; it hides a perfectly viable alternative to the development model of globalized liberal capitalism.

Just because neoliberalism works for a couple of years in Chile does not mean it will work for Argentina or Uruguay, and just because government-controlled markets have not led to economic success in Venezuela does not mean that they will not be optimally applied in Ecuador. In the same vein, Ecuador’s success could be only temporary. However, one thing is abundantly clear: Ecuador has shown that liberal capitalism is not the only means of growth. The gods of government intervention have not failed; they have been selectively ignored.

[1] “The Gods that Failed,” The Economist, June 14, 2014, http://www.economist.com/news/americas/21604164-writers-recantation-highlights-intellectual-failures-latin-american-left-gods