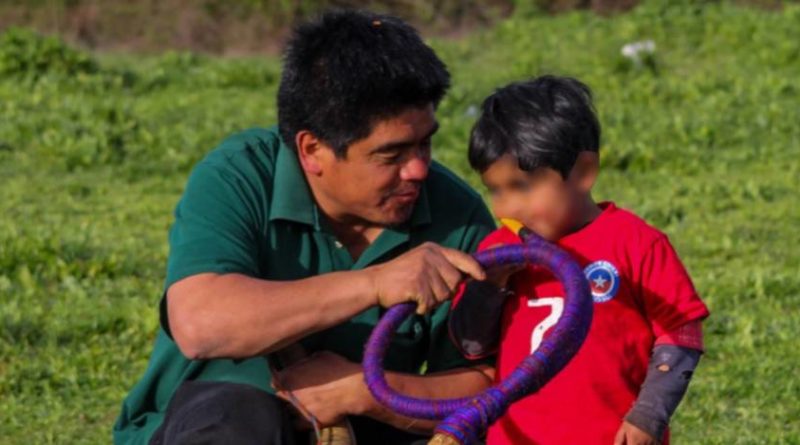 In the context of police brutality in the US, which has many similar dynamics around the world, stories like that of Alejandro Treuquil in Chile call our attention. His assassination is still under investigation, but declarations by his family verify that the Mapuche leader was regularly harassed and his life threatened by the Carabineros police. In 2018, another Mapuche leader, Camilo Catrillanca, was also assassinated by a police officer. The anthropologist, Enrique Antileo, also Mapuche, analyzes this new crime for COHA. He describes an atrocity that took the life of a father and defender of the rights of his ancestral community. Police brutality is a continent-wide problem that gravely impacts the most vulnerable communities. In both the US and Chile, the police, who enforce multiple hierarchies of domination, are meeting with ongoing resistance and growing international denunciation.

Last June 4, the spokesperson for the “We Newen Community”, Alejandro Treuquil, was assassinated, shot by unknown assailants while he was searching for his horse; three other persons were wounded in the incident. This all happened in the town of Collipulli, in the Araucanía region (Southern Chile).

This crime, from the perspective of those familiar with the context, is related to a series of threats made by Carabineros and other paramilitary groups that constantly harass communities organized in the struggle over Mapuche land. In this case, Alejandro, along with 60 families who participated in the recuperation of the San Antonio Institute, drew the attention of hitmen from power groups in the area who are often protected by the Chilean police and judicial system.

Although the facts remain to be clarified, and although the Prosecutor’s Office and the Investigative Police are working on the matter, for the wife of the werken (spokesperson) Alejandro, there was a clear motive involved in what happened. Andrea Neculpán pointed out to Interferencia media outlet that “about two weeks ago we began to be harassed by Carabineros. In fact my husband was shot in the head. They even called him to threaten him.” Andrea’s report to the journalist Paula Huenchumil also indicates that the Carabineros had entered the area on June 3, 2020, and being driven away by the werken Alejandro, the uniformed men threaten to kill him.

This cruel murder has left Andrea without her life companion and his three children, 9, 5 and 4, without their father. It is a devastating crime in human terms that has dealt a serious blow to Mapuche communities and organizations.

The power groups, constituted to defend the large estates and the forestry business, have been perpetrating criminal and murderous actions for many years, driven by rabid racism and its concomitant disregard for the lives of the Mapuche. That contempt is also reflected in the sparse coverage of the Chilean media and in the insensitivity of many about what happened.

Today the lives of many leaders of Mapuche political processes of  resistance are in danger. In countries such as Mexico, Honduras and Chile, the selective murder of land defenders, and the indigenous leadership, has become a perverse practice, financed by groups  hungry for wealth. That is why maximum solidarity is urgent, maximum unity in the fight against racism, to denounce these acts and ensure they do not go unpunished like many previous attacks.

Today, the Mapuche people and their organizations are in the process of claiming their rights to self-determination and to the recovery of their ancestral lands that have been seized by the State and by private individuals. This fight has the support of hundreds of social organizations in Chile and other countries.

This is a call to fraternity among the peoples who struggle. It is vital to the advancement of our collective denunciations and the development of improved collective security, that we combat the racial attacks and organize ourselves in various spaces. And above all, to indicate in letters wrought large that Mapuche lives, and the lives of all oppressed  peoples, matter.

Enrique Antileo Baeza, Mapuche, is an anthropologist, Doctor in Latin American Studies from the University of Chile. Also a member of the studies and research center “Mapuche History Community”