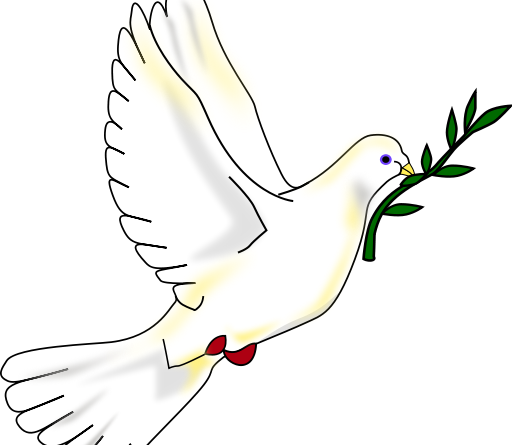 By Jordan Bazak, Research Associate at the Council on Hemispheric Affairs, under the supervision of an SRF

After 52 years of armed conflict, the Colombian Government led by President Juan Manuel Santos and the Fuerzas Armadas Revolucionarias de Colombia (Revolutionary Armed Forces of Colombia, FARC) signed a historic agreement Wednesday ending the country’s civil war. The conflict was the longest and one of the bloodiest in modern Latin American history. The Council on Hemispheric Affairs (COHA) welcomes the agreement as a monumental first step toward the consolidation of peace in Colombia that deserves to be celebrated around the world. Nonetheless, the signing of the accord does not guarantee that the peace process will be successful, nor that Colombia’s era of guerrilla warfare has come to a definitive end, as several formidable obstacles still remain.

Since its commencement in 1964, the war between the FARC and the Colombian Government has created millions of victims, including 5.7 million displaced, 25,000 disappeared, and over 220,000 dead – 80 percent of which were non-combatants.[1][2][3] Both sides have been accused of serious abuses. On one hand, Colombian security forces and paramilitary groups are responsible for more than two-thirds of all deaths.[4] On the other, the FARC employed a number of reprehensible strategies including kidnapping, extortion, recruiting minors, and attacking public property.[5]

In the past decade, Colombian armed forces have made a significant dent in FARC’s membership. Due to casualties and defections, the number of FARC guerrillas has dropped from 18,000 in 2007 to around 7,000 today. [6] In spite of the government’s strengthened bargaining position, it still took 54 months to reach a final deal. [7] [8] One reason for the slow pace is that both sides came to the table with radically different visions of what could be achieved. While the government intended to focus on issues directly related to the war—such as disarmament, amnesty, and reintegration—FARC has sought to use the negotiations to secure political objectives like reducing rural inequality.[9] The end product represents a compromise between these two visions.

The agreement signed earlier this week consists of six thematic points:1) Comprehensive Rural Reform, 2) Political Participation, 3) Ceasefire & Security Guarantees, 4) Solution to Illicit Drugs, 5) Victims, and 6) Mechanisms for Implementation and Verification.[10] The deal must now pass a popular plebiscite on October 2 and its amnesty component must be approved by the national legislature. An official signing ceremony will be held in the coming months.[11]

Still, Colombia faces a number of obstacles in securing a sustainable peace. These include rejection of the accord by the Colombian people, sabotage during the demobilization process, and the persistence of other armed actors such as the Ejército de Liberación Nacional (National Liberation Army, ELN).

The accord’s first major hurdle will come during the October 2 plebiscite. In a “yes” or “no” vote, the agreement needs the support of a simple majority to be approved. National polls have varied widely in their results, with some presenting the race as a dead heat.[12] Recently, however, the most reliable sources–ones that survey both rural and urban areas and focus on likely voters–indicate a sizeable lead for the “Yes” Campaign.[13][14]

Important sectors of Colombian society, however, have rejected the peace process from the beginning – most prominently former President Álvaro Uribe and his supporters. Uribe took to Twitter immediately after the accord advocating for the “No” Campaign, declaring “We are in the battle for NO.”* Uribe has over a month to capitalize on popular opposition to some of the agreement’s key provisions. Polls have shown that a majority of Colombians disapprove of the FARC’s conversion to a legal political party and favor guerrillas serving prison time as opposed to the accord’s model of restorative justice.[15] If Uribe’s campaign can make a convincing argument that the deal concedes too much, the final tally may be much closer than current polls suggest.

Another vulnerable juncture for the peace process will occur as the FARC demobilize and begin reintegrating into civilian life. Violence perpetrated against ex-guerrillas by those loyal to Uribe’s stance, including members of security forces and paramilitaries, could lead others to rethink their decision to disarm.

There is precedent for such sabotage both in Colombia and abroad. In the 1980s, for example, a similar accord was reached with the FARC. Guerrillas demobilized, formed a political party called the Unión Patriótica (Patriotic Union, UP), and began participating in the nation’s electoral process. But then, government-allied death squads systematically killed hundreds of the UP’s activists and candidates, including two of their presidential nominees.[16] This led the FARC to take up arms again and the conflict escalated over the next 20 years. Internationally, similar murders occurred in the wake of the 1992 United Nations-sponsored Salvadoran peace agreement. Dozens of former guerrillas, including important leaders, were attacked or assassinated, threatening the fragile peace.[17]

To avoid similar incidents, the current peace agreement includes a detailed disarmament process with the creation of “temporary normalization hamlets” that provide sanctuary for ex-guerrillas. Colombian security forces cannot come within a kilometer of these specially-designated towns without permission and monitoring.[18]

Even if the FARC peace process goes smoothly, guerrilla violence in Colombia may not be over. Next, the government must reach an agreement with the country’s other armed leftist movement, the ELN. A process to open peace talks began this March but has made little headway.[19] On August 17, the ELN kidnapped five rice farmers in the province of Arauca on the Venezuelan border.[20] These violations constitute a serious impediment to reaching an agreement. Speaking in the region, President Santos declared, “I will not permit open negotiations with the ELN… while kidnappings continue.”[21] There is also the possibility that factions of the FARC who refuse to demobilize could join with ELN forces, dragging out the armed conflict for years to come.

In conclusion, the Council on Hemispheric Affairs joins the Colombian people in celebrating this auspicious peace accord. However, there is still a real possibility of backsliding into the abyss of violence. To avoid such an occurrence, the vigilance of the international community is essential. We call on all international actors, especially the United States government, to fully support and fund peace in Colombia with the same enthusiasm with which they have supported the Colombian government in the recent past. Only once the Colombian peace accord is carried out to fruition can the real work of transforming the underlying causes of the country’s bitter conflict begin.

By Hector Perla and Jordan Bazak, Senior Research Fellow and Research Associate at the Council on Hemispheric Affairs