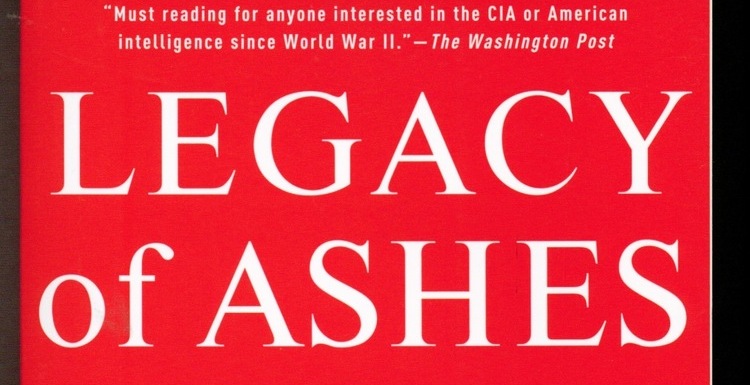 One way to undermine your credibility in any argument about Latin American politics is to allude to secret operations involving the CIA; do so and you can come off sounding like Dennis Hopper spinning into one of his out of orbit rants in Apocalypse Now.

Fortunately, there is a highly credible source of information on the CIA: Legacy of Ashes: The History of the CIA, published in 2007 by New York Times reporter Tim Weiner, winner of a Pulitzer Prize for his reporting on the CIA. The book, now available on Kindle, is a first-rate piece of scholarship. Exhaustively researched, Weiner pored through countless declassified documents and interviewed dozens of former CIA employees, including ten former directors. Powerful and convincing, Legacy of Ashes has earned high praise, including a National Book Award.

The idea for a Central Intelligence Agency grew out of the failings of the previous U.S. spy organization, the Office of Strategic Services (OSS), the intelligence service widely operational during World War II. The OSS bungled its way through the war, its multiple mistakes leading to the death of many of its often-youthful agents. After the war the OSS was dissolved, but many of the former officers engineered a soft landing for themselves by pushing for the creation of a permanent replacement intelligence service, one that would employ them. President Harry S Truman agreed, and in 1947 signed The National Security Act which founded the CIA. Still, the CIA needed an enemy, and shortly came to find one in the perceived threat of international communism. As the Cold War grew more bitter, the CIA gained added authority and a much larger, and secret, budget.

One key goal of Weiner’s book is to make plain the serious shortcomings of the CIA. “[T]he most powerful country in the history of Western civilization,” Weiner finds, “failed to create a first-rate spy service”(xvii). From the beginning, there were many problems inside “the company.” The CIA had been formed for the essential but often humdrum task of providing American presidents with information about geopolitical events, but the agency soon grew bored with its assignment. Instead, the CIA found itself drawn toward the more alluring world of covert operations. The trouble was that the agency proved itself to be egregiously unskilled at covert operations, and it failed miserably at nearly everything it tried.

During one of the CIAs first efforts, the planting of spies behind the Iron Curtain in Eastern Europe in the 1950s, the agency performed so poorly that nearly all the CIA agents were identified, captured, and killed (51). “Rampant alcoholism …[and] financial malfeasance” (88) plagued Langley, Weiner finds.

Weiner devotes a generous portion of his narrative to two covert operations, the CIA-engineered coups in Iran (1953) and Guatemala (1954), both of which the agency scored as victories. The United States undertook covert operations in Iran, Weiner writes, with the goal of keeping British oil interests from falling into the hands of the Soviet Union. The CIA helped remove the popular reformer, Mohammad Mosaddegh, and install the dictatorship of the Shah, Mohammad Reza Pahlavi. The Shah held power for the next 20 years, distinguishing himself as a particularly cruel tyrant and devoted ally of the United States government (105). The long-term repercussions of the CIA coup were, of course, disastrous, as a “generation of Iranians grew up knowing that the CIA had installed the Shah” (105). In the days just before the Iranian Revolution and the seizure of 53 American embassy hostages, Howard Hart, a CIA officer, reported on the clearly impending dangers. Lamentably, Hart’s report was ignored, Weiner notes, because it “contradicted everything the CIA had said about the shah” (427).

In 1954, building on what it regarded as a success in Iran, the CIA moved to overthrow the reformist and democratically elected government of Jacobo Arbenz in Guatemala. The coup was not the fruit of careful planning or clever execution. Instead, Weiner concludes, the CIA overthrow “succeeded largely through brute force and blind luck” (118). Although the CIA was proud of its work, Weiner correctly points out that after the coup, Guatemala began “forty years of military rulers, death squads, and armed repression” (118). The regime that the U.S. brought to power ultimately killed hundreds of thousands of innocent Guatemalan civilians. The CIA’s best examples of success, Weiner emphasizes, were the creation of an Iranian government with an intense hatred of the United States and a 40-year genocide in Guatemala.

In the early 1960s, the CIA gave much of its attention to trying to murder Fidel Castro. This was a signature CIA effort: a bad idea, an immoral plan, and a failed CIA operation. The CIA reasoned that it would be a good move to hire “members of the Mafia to do it” (314). Capping its record of moral bankruptcy and singular ineptitude, the agency spearheaded the doomed Cuban Bay of Pigs invasion. The CIA used maps of the area that had been crafted in 1895, and then landed its invasion force in a distinctly pro-Castro section of the island. Nearly all of the paramilitary force was captured, and many were killed. And it was not just Cuba. Amazingly, every CIA Chief of the Clandestine Service was involved with at least one plan for the assassination of a foreign leader (315).

Weiner strives for balance, covering some operations for which he offers praise. For example, he notes with approval—“a smashing success” (448)—the 1981 CIA operation to thwart Soviet theft of U.S. technology. The CIA also did well, he finds, in making an accurate prediction of the Six-Day War in 1967. Weiner is also careful to underscore that not everything that went wrong was the CIA’s fault. If its actions were often immoral, the agency was, after all, only following orders.

Weiner has done a great service in Legacy of Ashes by providing an authoritative account of the CIA in action. While Weiner can be searching in his criticism, he still believes that even democracies need intelligence services, working to gather and accurately assess information on potential threats, and yes, sometimes carrying out covert operations. That is why the lessons that can be drawn from this account, while troubling, must be confronted if this “most powerful country in the history of Western civilization,” is ever to have “a first-rate spy service” (xvii).