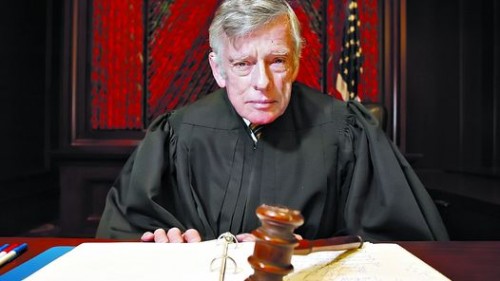 In an alarming turn of events in the long-running Argentine debt saga, a U.S. appellate court “granted an emergency stay.”1 In doing so, the court has allowed itself the opportunity to fully examine the case appealed by Argentina, a case in which the country had been ordered to deposit $1.3. billion USD in order to realize payment to its holdout creditors. This is a critical development in what has become a decade-long fight between Argentina and its vulture funds creditors, financial entities that have twice failed to agree to terms with the sovereign in regard to debt restructuring. Yesterday’s stay by the appellate court of New York will not only give the court time to adequately examine the case, but will also function to permit Argentina to pay the next installment on its exchanged bonds that is scheduled for December 15.  Argentina did not see itself forced to cancel its debt with the primary vulture funds Elliot Management Corporation and Aurelius Capital Management; had the situation remained unaltered, a likely scenario would have reflected an expectation for Argentina to fall into technical default. However, the importance of this most recent move by the U.S. Judiciary is anything but final. While indeed Argentina has momentarily been saved from financial disaster, the country still must await a decision by the appeals court. The court is scheduled to make a ruling sometime after February 27, 2013, on the legitimacy of the district court’s decision, which in February of this year deemed Argentina responsible for all outstanding debt owed to its vulture fund creditors.

After realizing two debt restructuring processes and achieving a balanced primary account, Argentina has been left to deal with the remaining 7 percent of its creditors which chose to hold in order to seek full repayment of the original paper issued by Argentina.   Last February, the U.S. federal judge for the Southern District of New York, Thomas Griesa, awarded NML Capital, the hedge fund responsible for the seizure of Argentina’s Fragata Libertad, most of the $1.3 billion USD as full compensation for the Argentine debt that it had attached after the country’s 2001 sovereign default.2 NML Capital, a subsidiary of Elliot Management Corporation, has been publically condemned and categorized as a prime “vulture fund,” an organization that buys defaulted debt at fire sale prices with the aim of collecting full payment in the future. On October 26, Argentina appealed Judge Griesa’s decision in the U.S. Second Court of Appeals and lost.3 However, Griesa’s November 21 ruling appeared to be even more devastating for Argentina, in that the judge not only upheld his previous ruling but also provided Buenos Aires with an ultimatum. As of Wednesday November 21, Buenos Aires had until December 15 to deposit the 1.3 billion USD that it owed as outstanding debt, most of which would go to NML Capital.4 In response to this development, investors with massive bond holdings began to dump their Argentine paper, thus dropping the discount of the sovereign’s debt to 15.6 percent in New York and 12.5 percent in Buenos Aires.5 With the knowledge that Argentina was scheduled to pay interest on its restructured bonds on December 15, Judge Griesa chose this date as the deadline for payment to the hedge fund-hold out creditor, NML Capital. On November 28, and as a result of an Argentine appeal of Judge Griesa’s ruling, Buenos Aires was saved from sure financial disaster by a stay issued last minute by the Appellate Court of New York.

Had the appellate court failed to issue this measure, the situation could have unraveled in several ways, none of which would have been particularly good for Argentina. In the case that Argentina chose to pay the interest owed on its restructured bonds—an amount totaling approximately $3.3 billion USD—while ignoring the hold out creditors, Judge Griesa has said that he would have ordered an injunction against Argentina’s financial go-between in order to freeze the paid assets.6 In this event, Argentina would have been in technical default. On the other hand, if Argentina were to have first paid the 1.3 billion USD owed to NML Capital and the other hold outs, the country may have found itself unable to finance the payment of interest due on its earlier restructured bonds. Again, if this had taken place, Argentina would be in default, but more importantly the entirety of its decade long debt-restructuring process would have been threatened.

Unsurprisingly, many of Argentina’s creditors who now hold restructured bonds were quick to lambast Judge Griesa’s original ruling. This reaction was due of course to the exorbitant amount of money that they stood to lose should the high stakes game being waged between Argentina and NML Capital have turned against the already wounded sovereign. Indeed, even the Federal Reserve issued an amicus curiae (friend-of-the court-brief) arguing that an injunction aimed at Bank of New York Mellon, the financial intermediary responsible for processing Argentina’s payments to its creditors, would be highly destabilizing for its payment system. This stance taken by the U.S. Federal Reserve, while apparently being in support of Argentina, was instead a self-serving attempt to avoid further loss by U.S. based financial institutions.

Regardless, it is evident that fundamental problems still exist within the realm of sovereign debt restructuring. Although many international institutions, such as the International Monetary Fund, have been attempting to address this dilemma since the 19th century, all attempts to do so have failed thus far.7 Perhaps the most direct method to rectify this problem would be via an independent arbitrator legitimized by the international community. This would represent a giant step forward from the often-contentious application of domestic courts, a process that often allows large financial institutions to manipulate large but internationally marginalized sovereigns. Although it is difficult to say from the current perspective just how feasible an “international court of debt restructuring” would be, it remains evident that the current method’s approach is dysfunctional. The lack of such a mechanism has allowed for the decade-long process of debt restructuring, carried out between Argentina and its creditors, to be placed in extreme peril. With financial turmoil being witnessed in Europe, and the consequent potential for similar cases to arise, a new and legitimate international body that could act as an arbitrator would therefore seem to be of absolute necessity.

The struggle between Argentina and the unfavorably named “vulture funds” is sure to take many more surprising turns before a final resolution is at hand. Should Argentina eventually lose its appeal, a ruling that should be had sometime after February 27, it is widely believed that the country will then take its case to the U.S. Supreme Court.

Gene Bolton and Alec Lee, Research Associates at the Council on Hemispheric Affairs

Argentina has been saved from a “technical default” after a U.S. appeals court indefinitely suspended a federal judge’s ruling on paying holdout creditors in the latest installment in the country’s ongoing debt saga.

The previous ruling had given Argentina a December 15th deadline to pay $1.3 billion to creditors who had refused to swap their debts for new government bonds, which Argentina has paid reliably since 2005. The ruling would have stopped Argentina’s payments to other bondholders, sparking a new fiscal crisis.

The holdout creditors represent a small minority of bondholders after 93% of creditors accepted debt swaps in 2005 and 2010, which restructured the $100 billion of debt on which Argentina defaulted in 2001 when in the midst of an economic collapse.

Argentine president, Cristina Fernandez Kirchner, has declared the country will continue to meet its agreed to financial obligations in the meantime and has defended her hardline stance against the holdouts. “We constitute the counter model of a world where the financial capital has become king and master and wants to punish us,” she said.

Since the original ruling, Argentina has threatened to annul 59 bilateral investment treaties signed by the country, which have the World Bank’s International Center Settlement of Investment Disputes as the arbitral tribunal for disputes between the State and multinationals.

Comparing Argentina to debt-ridden Greece in a Guardian opinion column, Cambridge economics professor Ha-Joon Chang argues that the case, which pits the interests of a small number of investors against the welfare of a country, demonstrates the need for countries to be able to declare themselves bankrupt in the manner of a business.

In the Financial Times though, Jude Webber details Argentina’s long and turbulent debt history, arguing “Argentina has struggled to manage its money throughout its two centuries as an independent nation.”

Despite the ruling, on Tuesday Fitch Ratings slashed Argentina’s sovereign credit rating five steps to CC from B on “increased probability” of a default.

The appeals court has set a February 27th deadline for oral arguments in the case.

The analysis was prepared by James Bargent of the Pan-American American Post. Bargent is also a guest contributor for the Council on Hemispheric Affairs.