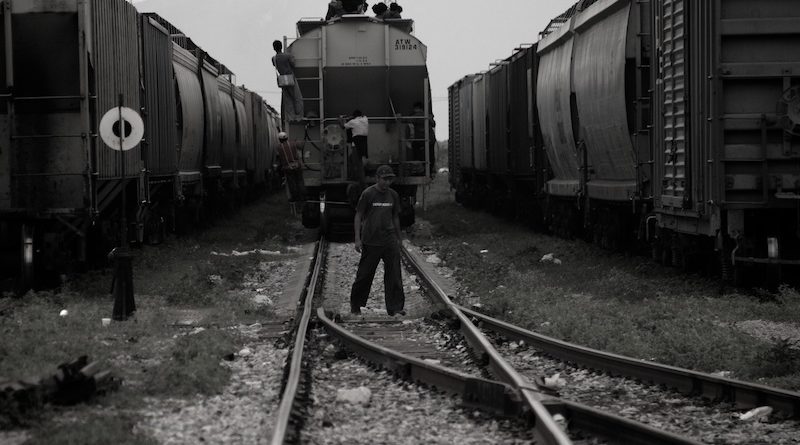 The Alliance for Prosperity Plan in the Northern Triangle of Central America (APP), a five-year joint regional plan created and implemented by the United States (U.S.), Guatemala, Honduras and El Salvador was announced in November 2014. At first look, the APP seems to contain a well-designed, innovative approach towards the ongoing Central American immigration crisis. It purports that its aim is to reduce the migrants’ incentives to leave their countries by prioritizing a cause-based approach to address what is often seen as an ongoing immigration crisis. However, the APP has been under intense criticism by numerous human rights organizations, immigration advocates, and policy makers, who claim it has only resulted in growing human rights violations at the expense of individuals seeking to migrate to the United States.

In December of last year, the U.S. Congress allocated $750 million USD in the 2016 budget “for development assistance for Central America,” within the Alliance for Prosperity Plan. Surprisingly, it is estimated that more than 60 percent of the entire budget for the APP is going towards “security measures.” Such a high percentage allocated to security, along with the opacity regarding the implementation of the additional funds raises concerns as to what extent the APP is just a continuation of the several failed strategies towards security already seen throughout Central America.

Department of Homeland Security (DHS) Secretary Jeh Johnson recently stated that immigration enforcement along the U.S.-Mexico border is down compared to 2015, proof that current migration policies have been at least partially effective in stemming migration flows from Central America.[1] This statement is highly debatable considering that in the last six months of 2015, apprehensions of Central American migrants by the U.S border patrol increased by 171 percent.[2] The fact that unaccompanied child migrant apprehensions are also soaring makes the situation particularly concerning. According to the U.S Customs and Border Protection, the apprehension rates for “Family Unit Subject and Unaccompanied Alien Children” at the Southern Border in the last three months of 2015 was three times greater in comparison to the previous year.[3]

Since the 2017 fiscal year budget proposal for the APP will be considered later this year, this is a good time to evaluate the effectiveness of the APP in hindering migration in light of the two years that have elapsed since its implementation. As argued in a Council on Hemispheric Affairs (COHA) article in March 2016, “if the Alliance for Prosperity Plan is implemented as structured, it could end up harming, rather than aiding, Central Americans in the long-term.”[4] The major causes for concern rest in the Plan’s continued funding of dubious security initiatives, and its neoliberal approach when it comes to the economic agenda aimed at tackling the emigration dilemma. At least 75 percent of the total funds are to be preconditioned to the implementation of structural changes in the countries’ fiscal, commercial, and investment legislation. These preconditions reveal a poor understanding of, and response to, the complex underlying social phenomena that result in the emigration flows from Central America. A reorientation of the APP budget is necessary for the program to actually allow Central American societies to move towards decreasing violence, strengthening the social fabric, and developing new sources of employment.

Between October 2015 and January 2016, there was a 171 percent increase in Central American migrants apprehended at the U.S.-Mexico border. This peak in the rate of apprehensions correlates with rising levels of violence in the Northern Triangle countries. This statistic shows only the number of migrants who have successfully made it to the United States and were seized by immigration enforcement officials once the immigrants made it past the U.S. – Mexico border.  The figure doesn’t account for those migrants who were apprehended, deported, missing, or currently residing in Mexico. Yet in the face of these troubling numbers, the DHS continues to say that current deportation and immigration enforcement policies are effective in stemming the Central American migrant crisis.[5]

One difficulty in the APP budget is that a majority of the funds are geared towards security rather than development. Such security programs are supposed to take ‘effective steps’ to curb migration through border security, combatting corruption, and working to end organized crime.[6] However, the current approach taken by the APP is inadequate in terms of combating human rights violations and migration from the region. For one thing, such funds will be handled by the central governments of countries that have faced multiple corruption scandals and continue to use heavy handed tactics to combat crime and violence. For instance, in 2009, Honduras saw the assassination of some of the country’s top anti-drug officials by high ranking police commanders and repeated attempts by the ministry to cover up various other crimes. Further, recent political maneuvers by Honduran President, Juan Orlando Hernandez, have seriously weakened the democratic institutions in that country.[7] Levels of impunity remain high as do charges of corruption in all levels of the government in the Northern Triangle countries.

In addition, the notion of ‘mano dura’ or ‘heavy hand’ has been an integral strategy in countries for battling high levels of violence. Guatemala, for example, has continued to utilize death squads to address crime, which have steadily increased in various parts of the country.[8] In addition, low conviction rates for criminal activities, such as homicide and the poor functioning of the courts, are a serious problem, along with a growing level of integration within prominent Central American gangs.[9]

Without question, rising violence has been one of the greatest drivers of emigration in the last several years, especially for child migrants coming from the Northern Triangle countries. The APP and similar initiatives that feature security and border have brought about greater militarization with minimal oversight. Increased militarization, especially in border regions, also appear to result in the development alternative routes through Central America and Mexico which allow immigrants to avoid checkpoints. These routes are usually more dangerous and more likely to place immigrants in contact with organized crime.

In addition, there have been many instances when immigration officers in Mexico have been caught colluding with criminal organizations.[10] Activist groups are concerned that the immigration enforcement and customs officers in Mexico have not been adequately trained or authorized to implement the U.S. asylum claim process in a humane and appropriate manner. They are also concerned about the level of corruption among the officers. Moises Gomez, a professor and researcher with Central American University (UCA) and member of the Jesuit Migration Network of El Salvador recently stated that “Military forces are not trained to analyze what constitutes migration, or to distinguish between a migrant, who has potentially the right to flee, and someone involved in trafficking.”[11]

Along with its security initiatives, the APP seeks to control migration by regulating or influencing labor markets.[12] The influencing of labor markets includes the continued promotion of direct foreign investment through the Central America-Dominican Republic U.S. Free Trade Agreement (CAFTA-DR) program as well as through the funding of developmental programs through the United States Agency for International Development (USAID). With the APP encouraging a direct window to foreign trade and investment through this trade policy, it further exacerbates levels of inequality, violence and emigration within the region.

While aiming to increase foreign trade and investment through CAFTA-DR, the APP has led to increased inequality, violence, and emigration throughout the region. As COHA Research Associate Jennalee Beazley notes, CAFTA-DR has indeed resulted in investment flows into Central American countries, leading to a net increase in jobs along with lower consumer costs. However, CAFTA-DR has also had investments that further resulted in regressive, indirect taxes and a decrease in public investment.[13] Various programs favoring wealthy locals as funds have remained in the hands of a select few.  In addition, this net increase in jobs within the region have seen unequal growth in the various employment sectors, resulting in the exacerbation of the already poorer rural regions and rural-to-urban migration.[14]

Along with incentives for direct foreign investment through CAFTA-DR, the budget of the APP attempts to complement social programs of the Northern Triangle through USAID, though doing so is through the advancement of the neo-liberal model and provides relatively few opportunities for long term improvement and development concerns. Only a portion of this aid is intended to incentivize recipient governments to push towards achieving government accountability and decreasing corruption.

Reconsidering the Budget and the Way We View Immigration

Prior to the APP, Northern Triangle countries focused on medium-term goals regarding migration. The startling increase in child migration pushed these governments to call for a dialogue between the Central American countries. The resulting programs entailed plans to stem emigration from Central America that include the departure of a valuable workforce – estimated at nine percent of the total volume from El Salvador, Guatemala and Honduras. The emigrants were mainly 20 to 30 years of age.[15] It also included steps towards ending human rights violations against migrants as they traveled through Central America and Mexico, while bolstering reintegration programs for migrants who had been repatriated to their native countries. The APP was supposed to build on these programs already being implemented in the Northern Triangle countries.

However, many leaders in U.S. and Central America held that the necessary costs of this medium-range plan exceeded the fiscal capabilities of the participating countries.[16] Despite this, the Central American model provided an important alternative to the militaristic and neoliberal economic agenda for addressing the ongoing migration problem. Given heightened human rights concerns, increased dangers in northern migration, and the adverse economic impact that neoliberal policies have had on developing countries, it is imperative that the APP be revised to prioritize developmental issues over security concerns.

At the same time, the APP must establish a better method for holding countries accountable for human rights violations and other abuses that doesn’t include a “strings-attached” approach. Further collaboration with groups such as the United Nations Development Program (UNDP) and The United Nations Children Fund (UNICEF) is advisable, as these programs often have more comprehensive models that target deportees and their families and, by extension, their communities. Programs like the APP must also incorporate reintegration programs, as deported migrants often perpetuate the immigration cycle. Finally, it would be worthwhile to consider the Central American model previously in place, one which may have fallen short due only to lack of funding.

[16] “Plan of the Alliance for Prosperity in the Northern Triangle: A Road Map.” 2014 September. PDF