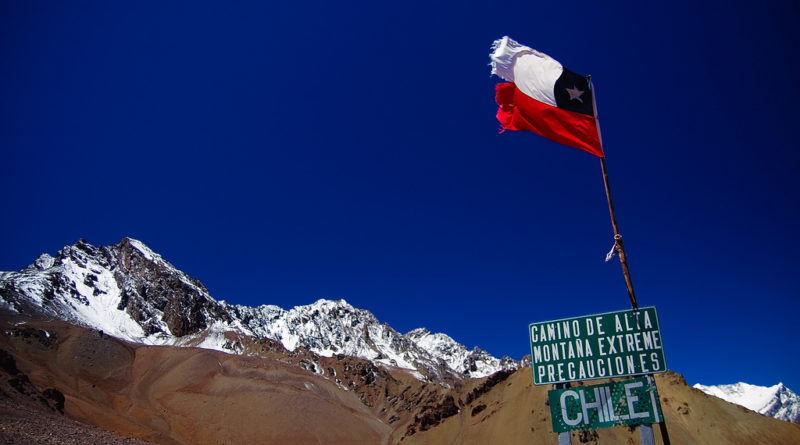 A number of days ago, Bolivia’s President Evo Morales accused Chile of occupying a military facility nine miles from the shared Bolivian-Chile border in Cariquima, close to the contested Silala River. While border patrols, including setting up military facilities on the Chilean and Bolivian border is not a new occurrence, Bolivia claims that the Chilean facility is in violation with international norms that state that occupations of a common area should be around 30 miles. To this accusation, Gabriel Gaspar, who is involved in contesting Bolivia’s claims in the recent dispute over this territory to be adjudicated at The Hague, responded that the Bolivian government was incorrect about a military base being present and that such a base did not exist. Chile’s government did concede that there was an increase in the number of military patrols along the entire Bolivian-Chilean border.[1] The Chilean government maintains that the increase in the number of patrols was in response to a need to combat drug trafficking and a variety of other crimes. In the Chilean government’s response to the accusation, Chile also replied that “Bolivia should answer for why it has a permanent military presence on the border.”[2]

President Morales claimed that Bolivia would file suit against Chile at the International Court of Justice on this issue, leading to yet another run of the ongoing dispute over this river. In September 2015, the UN ruled that it would hear Bolivia’s argument that Chile needed to engage in negotiations with Bolivia over the issue of Bolivia’s quest for access to the sea to transport goods such as natural gas. This comes several months after President Morales had called for dialogue between Chile and Bolivia and told members of the 70th General Assembly of the United National Organization (UNGA) that “sooner or later” Bolivia would peacefully return to the sea, with worldwide support and ongoing dialogue with Chile. [3]

The Silala watershed, which consists of many man made springs fashioned into a canal, remains rather ill defined, especially outside of Bolivia and Chile. It is considered as one of the most “high risk” and one of the most “hydro-politically vulnerable basins of the world.” [4] Many Bolivians regard the Silala Basin, which used to sit entirely in Bolivia, as a symbol of the country’s loss of access to the Pacific Ocean in the War of the Pacific (1879-1883), also known as the Saltpeter War. Situated in the Atacama Desert, water was a prized commodity for the railways who needed the water for their engines to transport minerals now predominantly mined in Chile. Following the war, in the early 1900’s the then-English FCAB group (now Chilean Antofagasta PLC investment group) asked for permission from Bolivia to use the Silala basin to power the railway systems by building a canal. Bolivia granted Chile’s access in 1908. In this agreement, the FCAB was not obliged to return anything for the use.

Between 1975 and 1976, Chile and Bolivia began negotiations towards territory exchange to provide Bolivia with access to the sea, but both countries were run by military dictators. Negotiations fell apart with diplomatic ties ending in 1979.

Specifically in 1997, Bolivia revoked the 1908 agreement, claimed that the waters had been used for needs not stated in the agreement and also sought payment for Chile’s ‘historic debt.’ Since its revocation, Bolivia has taken on many actions in regards to Silala, including establishing a military base on the river bank and conducting studies for potentially building a hydroelectric plant on the river. While there has been an absence of official diplomatic ties between Chile and Bolivia, their representatives have met several times and even created a 13-point agenda headed by Presidents Evo Morales and Michelle Bachelet in 2006. [5] In 2009, a bilateral agreement for the use of the Silala waters was drafted. Even at this late date, the document still remains unsigned due to disagreements, leading Bolivia to the courts to resolve the territorial dispute. The initial case was denied and the court stated instead that the issue could be resolved by a bilateral agreement.

In 2013, Bolivia submitted the case to the International Court of Justice to hear the argument that Chile must allow Bolivia access to the Pacific Ocean. The court agreed with Bolivia’s argument to allow jurisdiction of the Silala River in 2015, and thus access to the ocean. This ruling was in step with the U.N. Convention of the Law of the Sea that states that landlocked countries should be granted access to the sea under certain conditions.

Bolivia’s Use of the Silala

In 2014, the Bolivian government introduced a program, the Patriotic Agenda of 2025, as a plan to reduce poverty as well as to create investment for hydrocarbons and build up such practices as agriculture and science. [6] Along with these endeavors, Bolivia has raised the proposals of using the Silala River for various projects, including irrigation of the waters for fish farming, and building of a hydroelectric plant. [7] However, the small amount of water in the Bolivian region leaves little for generation of power plants and for fishing, and the area around the river is largely uninhabited.[8] Access to these waters remains necessary for access to the Pacific Ocean, a primary hub for transport of goods outside of Bolivia. The history of the Silala River, and access to the Pacific Ocean remains an ‘open wound’ for Bolivia after Chile decisively annexed Bolivia’s primary access in the 19th century.[9]

The Silala River holds great importance for Chile as a major water source and serves as an important resource for various fishing and mining enterprises, especially in the Antofagasta and Atacama regions. While holding a larger economic meaning for Chile, their dispute with Bolivia revolves more on the issue of sovereignty. Sovereignty was an issue that was discussed and debated in great length in the court hearing of 2015. Chile argued that the International Court of Justice’s ruling in favor of Bolivia to have undisputed access of the Silala to the Pacific “would undermine the authority of Article VI of the Pact of Bogota, challenging the stability of extant borders and the present sovereign territory throughout the region.”[10]

Pressure to uphold such disruption to Bolivia’s access became a point of discussion between Chilean politics and President Bachelet, with Chile’s foreign minister, Heraldo Muñoz, stating: “It doesn’t matter how many demands Bolivia presents in international tribunals, Chile will not cede its sovereign territory. It will not yield its sovereignty. Let’s be clear. We are going to defend our national interests by all means.”

Bolivia’s claim for access is now widely supported in Latin America and around the world, [11] despite Chile’s defiance of International law stating that access to international waters is a right granted to landlocked countries, such as Bolivia.

It is debatable what role the Silala River will hold in future political relations between Bolivia and Chile. In the past, their bilateral relations have ranged from general acceptance of Bolivia’s de facto right, to greater tensions involving international courts as we have seen through the present day. Regardless, these new round of events have the potential to be brought up in another suit within the jurisdiction of the International Court of Justice along with growing complaints from Bolivia against Chile.

[7] The Economist. 2012. Trickle-Down Diplomacy: Evo Morales Tries to Swap a Stream for a Piece of Chilean Seafront. November 17. Accessed May 9, 2016. http://www.economist.com/news/americas/21566673-evo-morales-tries-swap-stream-piece-chilean-seafront-trickle-down-diplomacy.