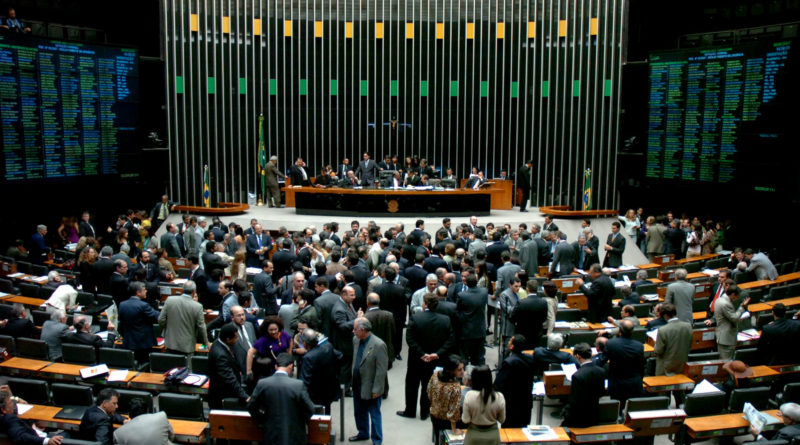 Brazilian President Michel Temer has been trying to take drastic steps to address the economic crisis in Brazil, most recently through the proposed constitutional amendment (PEC) 241. PEC 241, should it pass in the Senate with a two-thirds majority, will cap government expenditures and base subsequent years’ spending on each year’s previous budget—2017’s budget derived from 2016’s—adjusting only for inflation.[i]  This cap would last for 20 years, ending in 2037, and future presidents will not be able to modify it without amending the constitution itself.

Temer promotes PEC 241 on the basis of reducing the budget deficit in the hopes that it will allow for an easier repayment of mounting interest on the government’s debt. The broader goal of this amendment is to regain and maintain foreign investors’ confidence with the hope that they will invest into the Brazilian economy and stimulate growth. [ii] This strategy is being pursued to keep inflation under control and avoid a future debt crisis—as opposed to increased government spending and lower interest rates—in order to achieve sustainable growth. [iii]

In Temer’s pursuit of a comprehensive spending cap on government expenses, he appears to be following a similar path set by his predecessor, Dilma Rousseff. She had routinely pushed for targeted cuts in a variety of government programs, including education, contradicting the very platform that Rousseff promised to advance during her 2013 reelection campaign.[iv] Rousseff also backed a proposed cap on pension spending and then vetoed several proposed Congressional spending increases on salaries and pension payments in 2015 with the focus on reigning in government expenditure and gaining investors’ confidence.[v] The difference is that Rousseff was trying to address specific challenges: the education cuts were limited and backed with a focus on reform, and the pension cap addressed the issue of the “pension bomb” that was unsustainable with changing age demographics.[vi] In contrast with Rousseff’s approach, Temer is taking a broad brush and painting across the government, irrespective of the actual problems specific agencies are facing.

Furthermore, the purpose of the constitutional amendment seems to miss the point of why Brazil is facing an economic slowdown. Temer points to the need of regaining investor confidence, surely an important feature in an economy, but does not touch on the fact that domestic consumption has also dropped significantly since 2010.[vii] This article will first expand upon the legal specifics of PEC 241 and discuss the economic conditions that played a significant role in the economic crisis. Then, it will assess key issues that PEC 241 does not address and will inhibit the Brazilian state from addressing in the future.

PEC 241 has five articles (Art.), 101-105, which establish the timeline, agencies affected, the budget definition process, how non-compliance will be dealt with in punitive measures, how it may be altered, and the responsibility of payments. Art. 101 creates the timeline of “twenty financial years” and expands its coverage to “all powers of the Union and federal agencies with administrative autonomy and financial members of the Fiscal Budget and Social Security, the New Tax Regime” which in effect lays claim over the federal and various branches of government.[viii]

Art. 102 goes on to explicitly include the separate branches of government by individually limiting the “total primary expenditure of the Executive, the Judiciary, and the Legislature, including the Court of Audit, the Public Ministry of the Union and the Union Public Defender.”[ix] This effectively encompasses the remaining features of the Brazilian government and puts central government agencies under the expenditure cap. Art. 102 also has several important subscripts, one of which sets the reference point for the 2017 budget, and following budgets, with the “primary expenditure incurred in the 2016 fiscal year adjusted by the variation of the National Consumer Price Index” allowing only for changes in the budget due to inflation.[x]

Subsequently, a subscript states that government primary expenditure cannot exceed the given cap. Another important subscript of article 102 explains that the “President may propose… the adoption of a Provisional Measure… to take affect from the tenth year of operation.”[xi] The Provisional Measure allows the president a means of “correction” on the spending limits PEC 241 creates.

Article 103 focuses on limits for “non-compliance” that can simply be seen as penalties for agencies that did not follow the measures outlined previously.[xii]  The effect of these limits stop the affected agency from taking actions that call for cost increases such as pay raises or increased hiring. Art. 104 goes on to reinforce the cost savings focus by stating, “the minimum application of resources… shall provide, in each financial year, the minimum application for the prior year adjusted” for inflation.[xiii] Art. 105 serves to limit the State’s compulsion on payments by stating, “the New Tax regime does not constitute obligation of future payment by the Union.”[xiv] As a whole, these articles constitute the legal basis behind PEC 241.

It is necessary to examine Brazil’s economic downturn in order to assess what issues PEC 241 does not address. In a report by the Center for Economic Policy and Research, Franklin Serrano and Ricardo Summa, both professors from the Institute of Economics at the Federal University of Rio de Janeiro, show a strong correlation between low nominal interest rates set by the government and consumption-based growth, as Brazilians could pay for goods and services using cheap credit[xv]. The increase in household consumption led to formal sector growth and caused real disposable income to grow: in effect, a virtuous cycle[xvi]. Nominal interest rate and private consumption activity had a strong correlation with economic growth between 2004 and 2010.[xvii] In 2011, the government “adopted some measures to control consumer credit” because inflation was rising.[xviii] This policy change resulted in a significant decrease in growth of private consumption until mid-2012. [xix]  To counteract the drop in consumption growth, the Central Bank decreased the nominal interest rate. This policy was enacted in late 2011 and Brazil saw an increase in private consumption levels until 2013. [xx]

So while easy access to credit can be strongly linked to growing consumption, this type of credit-based growth is unsustainable, because high levels of debt eventually restrain additional household purchases. On a macro-level, this is a model of consumption-based growth that depends on households that were previously unable to access to credit to take on debt.[xxi] The problem with Brazil’s credit-based consumption is its dependence on households that were previously unable to take on debt.

Such a growth strategy can only work for so long before a “bubble” forms. The Rousseff Administration took action against the growing credit bubble and attempted to reduce inflation by increasing nominal interest rates and reducing access to credit. The drop in consumption is due to the fact that households either did not have access to credit to make purchases or the increase in interest rates would absorb extra funds and may even have led to defaults on payments. [xxii] A reduction in credit-based consumption in turn led to a drop in aggregate demand in Brazil and started a cycle in which jobs were cut due to lack of demand. Less consumption and fewer tax-paying workers decreased government revenue, which increased the deficit as the government maintained expenditure levels. The concurrent changes in interest rates and credit-based consumption illustrate the importance of credit to recent changes in the Brazilian economy.

This article does not intend to leap to the defense of credit-induced consumption as a way out of the current economic recession, but wants to point out that the recognition of the roots of Brazil’s economic hardships is critical in finding an effective way to manage the economy. The impressive period of growth, in part due to credit-based consumption from 2003 to 2011 helped to pull 40 million Brazilians out of poverty and into a group called “Class C,” an economic grouping with households that earn an income between 1,200 and 5,174 Brazilian reals per month.[xxiii] As the Temer Administration attempts to stabilize the economy it must remember that a significant portion of this poverty reduction regimen was due to a consumption boom that has largely faded. Adopting a policy that limits the government’s ability to supplement consumption in times of recession may put these households’ recent economic gains at risk. PEC 241 does not address how to boost consumption in a sustainable manner, yet the spending cap will continue to limit government expenditures in a contracting economy and potentially constrain future changes to critical services.

For example, PEC 241 ignores the changing age demographics of Brazilian society by putting a cap on spending that will conflict with the need for increasing healthcare costs, requiring cuts to be made somewhere else in the budget or see a drop in the quality of care. PEC 241’s cap on government expenditure would have to accommodate the growing elderly population in Brazil, which is currently a bit over 10 percent of the population.[xxiv] By capping government expenditure, health spending is limited. Brazil will not be able to address the growing population over the age of 60, which is expected to almost double from 2011 to 2031.[xxv] To give further context to this issue, both the youth age group (0-14) and the elderly age group are expected to equal 20 percent of the population in 2027 at which point the size of the elderly age group will exceed the size of the youth for the considerable future.[xxvi] During this transition, the workforce is likely to be reduced in size and be unable to support the aging population. In effect it appears that Temer’s PEC 241 is setting the government up for failure in addressing a major health budgeting issue in the long term.

Another troubling aspect of PEC 241 is that it removes much of the administration’s ability to respond to an evolving economy by capping government expenditure. Given the long-term effects of this amendment, Brazilian policy would be less responsive to major changes in the economy, such as rapid growth or crisis. Creating a cap that cannot be easily adjusted within 20 years means that the Temer Administration is depending on the policy’s effectiveness and restricting the next presidents in their ability to change state policy despite variable economic conditions. PEC 241 could also limit the constitutional balance of power between government branches, as the legislature loses its ability to have significant influence on budget decisions under a constitutionally mandated spending freeze.

In Temer’s pursuit of increased foreign investor confidence and attempt to control fiscal deficits, he is overlooking other key issues within Brazil’s domestic economy, which may prove to be costly, if not for him, then for the Brazilian state and people.