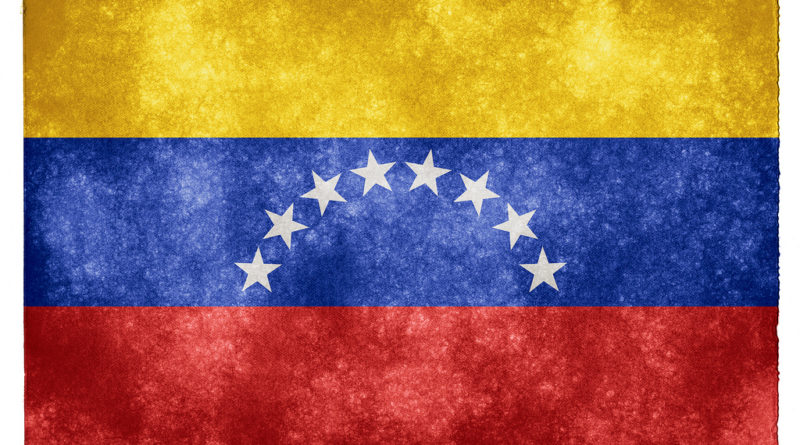 This coming Sunday, November 6, marks the opening of a dialogue between the administration of Venezuelan President Nicolás Maduro and members of the Democratic Unity Roundtable (MUD), with the goal resolving the country’s escalating political and economic crises.

Each side will send a delegation of four members to the meetings, which are set to take place at the Alejandro Otero Museum in Caracas. The negotiations will focus on four issue areas, each mediated by a respected international figure: peace and justice (José Luis Rodriguez Zapatero – Spain), reparations and reconciliation (Claudia María Celli – The Vatican), the economy (Martín Torrijos – Panama), and an electoral timeline (Leonel Fernández – Dominican Republic).[i] In addition, Under Secretary of State for Political Affairs, Tom Shannon, met with Maduro this week to affirm the U.S.’s support of the dialogue.[ii]

Amid food shortages and the suspension of a recall petition against Maduro, some degree of compromise in the four major areas of discussion between the executive branch and its critics on the right is needed to provide short-term economic relief, overcome the political stalemate, and avoid more violence in the streets. However, divisions within the opposition and differences within critical Chavismo over the utility and content of the talks serve as reminders that, for dialogue to be successful, it must be inclusive, substantive, and transparent. Should these conditions not prevail, Venezuela would pass up a golden opportunity for a peaceful and constitutional resolution to its internal struggles.

Venezuela’s political crisis is playing out in the context of severe economic hardship. The Bolivarian Republic is among the world’s largest producers of oil (crude and refined), which accounts for 93 percent of all export value.[iii] Dollars earned from oil sales largely fund government programs and are used to import essential goods. Between 2013 and 2016, the price of crude oil fell from a little over $100 a barrel to around $50, essentially cutting the number of dollars entering Venezuela in half.[iv] The fewer dollars that are available, the more expensive it is for private stores and manufacturers to import goods and inputs.

Without regulation, prices would rise leaving many necessities out of the reach of poorer citizens. To help less fortunate Venezuelans, the Chavista government has maintained price ceilings, directly distributed goods through the Local Committee on Production and Provision (CLAP) program, and allowed for the import of essentials—food and medicine—at a controlled exchange rate.[v] Although such interventions have provided relief to the poor, they have not sufficiently alleviated shortages, as some businesses argue that they cannot charge high enough prices to cover the cost of imports and must sell part of their inventories to CLAP at discounted rates. This said, it is likely that certain manufacturers have cut production and inventory more than necessary as a form of pressuring the sitting government.[vi]

The success of the dialogue, however, is far from guaranteed and depends on various factors.

First, the opposition remains deeply divided over whether or not it should negotiate with the government. This past Sunday, October 30, 14 political parties signed a letter rejecting talks so long as the Maduro government “insists on blocking all peaceful, constitutional, and democratic processes.”[vii] Although many of the MUD’s top leaders, including Jesús Torrealba, Henrique Capriles, and Henry Ramos Allup, support negotiations, the jailed leader of Popular Will, Leopoldo Lopez, has ordered his party to boycott the dialogue. Lopez demands that the government release “political prisoners” before opening discussions, a condition akin to that which has stalled peace talks between the Colombian government and National Liberation Army (ELN).[viii] The refusal of many factions within the opposition to participate in the dialogue diminishes the legitimacy of any agreement that might be reached and could perpetuate social unrest regardless of the outcome.

Furthermore, both sides have reason to doubt the other’s commitment to compromise. Prior attempts at negotiation have produced little. Many in the opposition feel as if the government is just buying time until oil prices recover and shortages begin to ease. Torrealba, the opposition’s chief delegate, has said that the MUD is approaching the talks with “skepticism and distrust.”[ix] Meanwhile, Maduro’s government is wary of the ultra right elements of the oppositon who have historically resorted to extra-constitutional means at attempting regime change and berates the right wing’s consistent appeals to international actors to intervene. If either side fails to arrive at the table with substantive proposals that present a genuine compromise, the conversation could quickly fall through.

But even if the opposition was to coalesce around dialogue and both sides were to show a commitment to productive action, any agreements must find the favor of the Venezuelan people. Recent history is littered with examples of top-down agreements failing before the court of popular opinion, with the Colombian-FARC peace accord as the most striking one. A closed deal that does not reflect the will of the citizenry could be swiftly undone at the ballot box. To this effect, holding timely elections is very important. The decision to postpone December’s gubernatorial and mayoral elections to the first and second half of 2017 respectively is one point that could be reconsidered.[x]

The importance of the third issue area—the economy—cannot be overstated. A poll by Hinterlaces found that 61 percent of the nation wants the two sides to focus on economic problems.[xi] A good compromise would restore some elements of market capitalism (i.e. a floating exchange rate, no price ceilings, and direct subsidies for the poor). The delegates should also discuss strategies for fighting inflation (projected to be 700 percent this year) and reducing the country’s dependence on oil going forward, objectives that are already recognized in the projections of the governments new national budget.[xii]

There are, however, plenty of reasons for optimism. In recent weeks, the government has released political prisoners and removed some price controls as well as stepped up imports and the CLAP to help alleviate shortages. [xiii] [xiv] On Sunday, Maduro stated, “I have an absolute and total commitment to the peace process, I extend my hand to the MUD… we are ready to listen.”[xv] Additionally, the aforementioned mediators—an envoy from the Vatican and three former center-left presidents—should be well respected by both sides. Finally, despite the absence of Lopez, tentative support from Torrealba, Capriles, and Allup is a promising sign that the opposition is on board.

November 6 is absolutely critical. Those involved in the dialogue must make rapid and substantive progress both to win over the skeptics of negotiations and to preempt potentially violent confrontations in the streets. COHA continues to support the talks as well as constitutional means of deciding political differences.