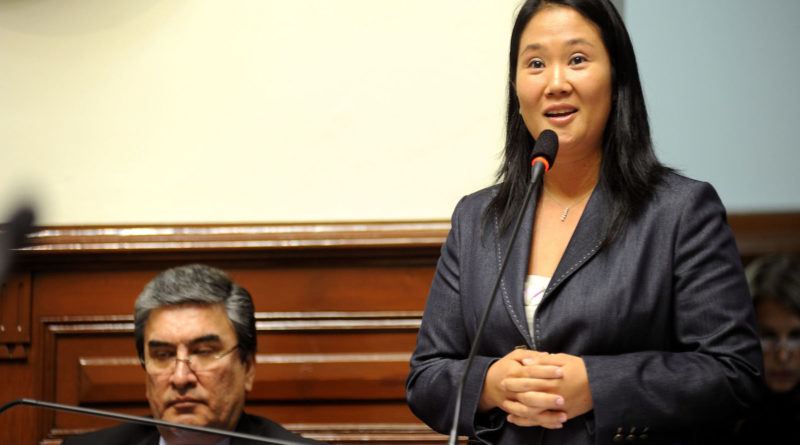 By Ben Tannenbaum,  Extramural Contributor at the Council on Hemispheric Affairs

With corruption investigations, tense impeachment votes, and Freudian familial feuding, recent Peruvian politics resemble a fusion of House of Cards and King Lear. On Christmas Eve, President Pedro Pablo Kuczynski pardoned former president Alberto Fujimori, who had received a 25-year jail sentence on grounds of human rights violations. Kuczynski portrayed the pardon as an act of clemency for a 79 year old with heart issues,[i] but the reality appears far more complex than a simple matter of empathy for medical concerns.

That week, President Kuczynski himself had barely staved off impeachment charges initiated by Fujimori’s daughter, Keiko, who leads the largest party in Peru’s Congress. In a blatantly self-serving maneuver, Kuczynski cut a deal for the former president’s clemency with a group of rogue congressmen. These congressmen were led by Fujimori’s son, Kenji, who thwarted his own sister’s political stratagem by voting against Kuczynski’s impeachment in exchange for his father’s pardon. On the surface, bringing Kuczynski to the brink of impeachment and subsequently obtaining the release of its patriarch would seem like two major victories for the Popular Force opposition party. However, last month’s drama exposes the weaknesses and divisions within Popular Force, leaving Peru in an extended period of stasis.

Before last month, Keiko Fujimori held a strong and enviable position. As leader of Popular Force, she controls 73 of 120 seats in the Peruvian congress.[ii] After losing the 2016 presidential election in a razor-thin runoff, Keiko rebounded by skillfully leveraging her legislative influence to thwart the Kuczynski administration. Over the summer, Popular Force initiated the resignations of three Kuczynski cabinet officers.[iii] In September, these maneuverings continued full throttle when Popular Force maneuvered a no-confidence vote that led to the resignation of Kuczynski’s entire cabinet.[iv] The cabinet shakeup weakened Kuczynski and also helped to advance Popular Force’s policy agenda. This roiling of the political waters embarrassed Kuczynski internationally, forcing him to postpone a trip to the United States and Italy. Domestically, Kuczynski’s selections for replacements of the departed ministers sowed division among his allies. The new cabinet appeared more socially conservative than its predecessor, aligning it much more closely with the Popular Force platform.[v] Keiko’s control over congress gave her and her party a significant amount of power and influence.

However, despite this apparent strength, Keiko’s standing has steadily weakened. Politically, she may have overplayed her hand by ousting Kuczynski’s cabinet. By using this trump card, any future no confidence vote would likely force new elections, potentially imperiling the Popular Force stranglehold over congress.[vi] Keiko also faces personal dangers. In December, prosecutors began investigating money-laundering claims surrounding Keiko’s 2011 and 2016 presidential bids.[vii] The allegations include sordid connections to the infamous Odebrecht construction company. Prosecutors allege that Fujimori received bribes from Marcelo Odebrecht during her presidential campaigns, citing text messages obtained from the tycoon’s cell phone.[viii] Additionally, her father’s release from prison could actually add to Keiko’s challenges. Like Lear’s daughter Goneril, Keiko had sought to acquire power from her father and limit his sway over the party. She distanced herself from her father’s legacy during the 2016 presidential campaign, blocked proposals to shift his sentence to house-arrest,[ix] and opposed his recent pardon.[x] If her father regains any political influence after returning from prison, it would directly challenge Keiko’s standard-bearer position within Popular Force. The recent turmoil has threatened Keiko’s control over congress, control over her party, and her personal legal status.

Further, Keiko’s brother, Kenji, has sown additional divisions within Popular Force and undermined his sister’s leadership of the party. The sibling rivalry preceded the recent dispute over their father’s pardon. Kenji abstained from voting for his sister in the 2016 presidential runoff, reportedly because he feared she would impede his own 2021 campaign prospects.[xi] Kenji continued his rebellion last summer by supporting President Kuczynski during the cabinet turmoil, an act of defiance that earned him a 60-day suspension from the party.[xii] His father, former President Alberto Fujimori, exacerbated the fraternal tensions by chiming in from his prison cell with a round of tweets supporting Kenji’s insubordination.[xiii] To some extent, these divisions do represent substantive policy differences between different wings of Popular Force. Kenji has taken relatively liberal positions on LGBT rights and church abuse, stances that directly contrast with his sister’s socially conservative bent.[xiv] Yet power politics continue to provide the true source of discord. Kenji hopes to supplant his sister as leader of Popular Force and, in all likelihood, become the party’s nominee in the 2021 presidential elections. By cultivating allies within the party- such as the 10 congressmen who voted against impeachment and the 23 that opposed his temporary suspension- Kenji has weakened Keiko’s control of the party. These internal divisions, which the impeachment and pardoning proceedings brought to the fore, weaken Popular Force’s capacity to serve as an effective opposition.

In addition to dividing Popular Force, the recent turmoil could lead Peru into a period of significant stasis and stagnation. Even before the impeachment proceedings, Kuczynski had to retreat from his proposed tax cut plan.[xv] After the president’s near ouster, the chances of implementing this tax cut appear quite slim. Likewise, it seems difficult to imagine Kuczynski returning from his brush with impeachment to resuscitate his stalled infrastructure spending plan or his abandoned healthcare and pension reforms.[xvi] The lack of infrastructure spending has proven especially damaging to Peruvians still recovering from last spring’s flood damage.[xvii] The drama surrounding Fujimori’s impeachment and subsequent pardon will potentially impede economic progress.

This Peruvian paralysis seems likely to extend well beyond the economic sphere. Just as with his economic policies, Kuczynski may have a hard time enacting reforms of the judiciary and police force.[xviii] Likewise, the forced resignations of his first two education ministers will impede passage of much-needed education reform in the wake of this summer’s nationwide teacher strike.[xix] The instability has also prevented social reform. Peruvian officials have not managed to effectively control or investigate abuse allegations surrounding church-based organizations in the country, forcing the Vatican to step in and take control.[xx] Especially given Keiko’s hardline stances on social policy, future church reform seems unlikely to arise from the current Peruvian administration. The Kuczynski administration appears too impotent to implement meaningful economic, political, or social reforms.

The unrest surrounding impeachment and pardon proceedings has weakened nearly every prominent player in the Peruvian political firmament. The opposition Popular Force has become woefully divided internally and riven with fratricidal factional feuding. Meanwhile, the administration itself appears pitiably feckless and incapable of implementing its own agenda.

Going forward, three different scenarios appear possible, none of which are likely to help Peru rebound from its stagnation. New congressional elections, not due until 2021, could take place sooner if another no-confidence vote occurs. However, neither of the major parties stand to benefit from an early campaign. Polls indicate that Popular Force’s approval has reached a nadir, and President Kuczynski can hardly take to the hustings with his approval ratings at record lows.[xxi] As a result, a new round of elections would almost certainly keep Peru muddled in its current malaise.

A second scenario involves the investigation into Keiko Fujimori. If she faces indictment or incarceration, her political career could conceivably come to an abrupt end. This might even strengthen President Kuczynski’s hand in the short term. Meanwhile, serious charges against Keiko would harm Popular Force’s standing with the public, while also enabling Kenji to claim control of the party and run in the 2021 race. Regardless, an extended trial involving the head of congress’ main party would likely thwart the chances of passing major legislation.

A third, and less dramatic, potential outcome would be maintenance of the status quo. Without the major upheaval of early elections or a corruption trial, the unpopular president continues feuding with an unpopular congress, itself divided between rival factions and sub-factions. Here too, the chance for new, bold, and productive policies appears unlikely. Under any of these scenarios, the chances of fruitful and exciting reforms seem slim. In the wake of its recent turmoil, Peru faces a period of extraordinary factionalism, disablement, and stagnation.

By Ben Tannenbaum, Extramural Contributor at the Council on Hemispheric Affairs