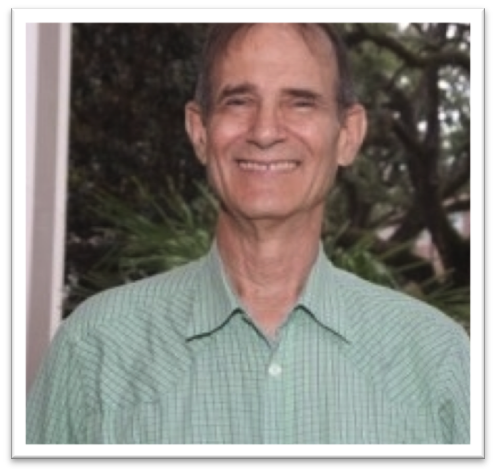 On Friday, November 17, the Council on Hemispheric Affairs (COHA) welcomed guest speaker Dr. Steve Ellner to its Washington office for a presentation and discussion on the politics and economics of Venezuela. Dr. Ellner is the author of Rethinking Venezuelan Politics and other books and articles on the political history of his adopted country. He has taught economic history at the Universidad de Oriente in Puerto La Cruz, Venezuela since 1977. He frequently lectures on Venezuela and Latin American political developments in the U.S. and elsewhere. He received his Ph.D. in Latin American history at the University of New Mexico in 1980 and is regularly cited in both the Venezuelan and international press. Ellner has recently engaged in debate with other scholars by means of the web site Venezuela Dialogue. Links to Dr. Ellner’s most recent articles can be found on his blog.

Dr. Ellner’s talk placed the current political conflict between the Venezuelan government and the opposition United Democratic Roundtable (MUD) as well as the economic crisis in a historical and regional context. On the political front, Ellner argued that Venezuela has been in the unique position, since Hugo Chavez was elected president in December 1998, of having an elected government undergo relentless attack by a “disloyal opposition,” including a short-lived coup (April 2002), a lock out by oil company executives (2002-2003), the more recent violent street actions, called guarimbas, and the support of some opposition figures for unpopular U.S. and E.U. economic sanctions against their own country.

Chavez had come to power in a climate of public rejection of neoliberal policies of the 1990’s governments of Carlos Andres Perez and Rafael Caldera. Chavez ran on a platform aimed at social investment and regional integration. After being elected president, he opposed neoliberal economics and reversed some of the privatizations of Venezuelan industry that had taken place during the Fourth Republic. Chavez was the main protagonist in the creation of UNASUR, CELAC, and ALBA; Venezuela also joined MERCOSUR in 2012. As a leading force of the so called pink tide of progressive Latin American governments, Venezuela had become a major anti-imperialist force in the region and an advocate for a multi polar world.

On the economic front, Ellner maintained that part of the reason for the failure of Chavez to diversify the economic base of the country was his reluctance to engage with a Chamber of Commerce that had been directly involved in the short-lived coup of April 2002 and continued to seek his ouster. For this reason Chavez preferred to engage with an emerging business class that was more disposed towards cooperation with the government. Some elements of this sector, however, which received the benefit of a preferential exchange rate, lent itself to corruption and did not become a major motor of the economy. Chavez also prioritized social investment over private accumulation as part of his effort to alleviate poverty and exclusion of the majority of Venezuelans in the areas of healthcare, housing, and education by means of the social missions and other public sector programs, especially after the oil company bosses lockout of 2002-2003. Ellner also made the case that in addition to the mistakes of Chavez as well as Maduro in managing the economy, there has been an economic war waged by some sectors of the opposition. In this war by the Venezuelan opposition, some of its leaders have encouraged U.S. and E.U. economic and financial sanctions against their own country.

Ellner argued that the defeat of Chavistas in the December 2015 legislative elections was primarily due to the abstention of a significant part of the Chavista base. Disillusionment with the Maduro administration, caused in large part by the continued shortages of basic goods, as well as out of control inflation, arguably led to the opposition victory. Although most demonstrations were non-violent, the more extreme elements of the opposition, rather than present a coherent program for national recovery, immediately called for Maduro’s ouster and resorted to guarimbas, in an attempt to force regime change. In 2017, Maduro took a risk in calling for a constituent assembly, and after the assembly elections in July, this risk appears to have paid off in bringing calm to the streets. The political opening for Chavistas via the national constituent assembly, and subsequent Chavista victories in regional elections of state governors and state legislators in October 2017, contributed to the fracture of the MUD and the political “upper hand” for the government.

Ellner has urged that despite the U.S. and E.U. sanctions, the economic war against the government, and the political divide, this is now an opportune moment for the government to take decisive action to address the economic crisis. He noted that Maduro has called for well-regulated foreign investment, but needs to also urgently address the exchange rate policy as well as the corruption that has plagued the country. He noted that the new Attorney General Tarek William Saab has begun to more seriously address the corruption in both the private and public sectors. And he indicated that the opposition MUD was not a homogeneous body, but included some tendencies that “are ambivalent about neoliberal policies.” Some of these currents within the opposition will likely participate in upcoming municipal elections, and might participate in talks with the government planned for December in the Dominican Republic.

Ellner’s presentation and the subsequent discussion brought an alternative scholarly light to a country for which Washington and the mainstream media has offered only a one sided, overly simplified and uniformly anti-government interpretation of events. Whatever one’s view of the current state of affairs in Venezuela, Ellner’s intellectual integrity, wealth of knowledge and depth of analysis are sure to enhance the quality of the debate on this issue.