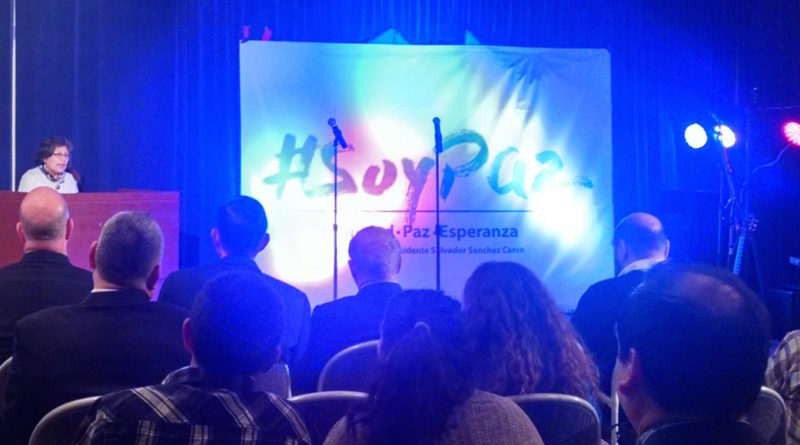 On the night of January 25, the embassy of El Salvador in Washington D.C opened its doors to the local community to commemorate the 25th Anniversary of  the country’s Peace Accords, ending  the bloody 12-year civil war that has been carried on in the Central American country.

Earlier, on January 16, 1992, that day was marked as a historic event in the life of the Salvadoran nation when the government of  then president Alfredo Cristiani, and the leaders of the left-leaning Farabundo Marti National Liberation Front (FMLN), negotiated a peace pact for the nation.

Carlos Ruben Ramirez began by performing “Everything Changes” (Todo Cambia) by Argentinian singer Mercedes Sosa, alluding to the fact that El Salvador was dramatically transformed  and that the peace accord had changed the complexities of the nation, maybe not with the speed that people would have liked, but  “change is palpable,” as he decreed.

Representatives of The Council on Hemispheric Affairs who were present at the event had in the course of the evening, had the opportunity to establish working ties with a number  of local Salvadoran politicians and community figures. The COHA delegation consisted of COHA research associates, Erika Quinteros and Kate Terán. Everyone else present there was mindful of the fact that for the first time in years, El Salvador had been homicide-free on January 16, the 25th anniversary of the peace pact.