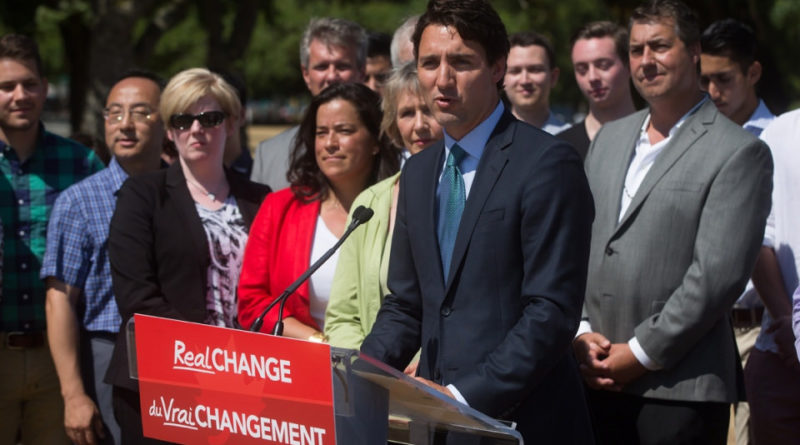 On June 30, the Canadian Federal Court of Appeals voted 2-1 to revoke Enbridge Inc.’s permits for the controversial Northern Gateway Pipeline in what is being hailed as a victory for First Nations communities.[1] The proposed project would have carried crude oil from the landlocked Alberta oil sands to Canada’s Pacific coastline, crossing large sections of First Nations land in the process.[2] This latest decision by the Court of Appeals is another major setback to the beleaguered project.[3]

The Northern Gateway pipeline was given provisional approval by the government of former Prime Minister Stephen Harper of the Canadian Conservative Party.[4] This approval was, however, conditional upon the Canadian government consulting with the leaders of the potentially affected First Nations communities. It is constitutionally mandated that the Canadian government conduct these consultations before construction on any public work project can begin—as pursuant to Section 35 of the Canadian constitution. This right is further elaborated in the Canadian Supreme Court Cases Haida Nation v. British Columbia, Taku River Tlingit First Nation v. British Columbia, and Mikisew Cree First Nation v. Canada.[5] According to the Canadian Department on Indigenous and Northern Affairs, these cases collectively decree that, “the Crown has a duty to consult and, where appropriate, accommodate [Aboriginal Nations] when the Crown contemplates conduct that might adversely impact potential or established Aboriginal or Treaty rights.”[6]

The legal actions taken against the Northern Gateway Pipeline stem from its failure to implement this constitutional provision. In a joint case filed in 2014, a coalition with members of the First Nations and environmental activists argued that Enbridge Inc. had failed to properly consult the affected Aboriginal communities. In its June 30 finding, the Federal Court of Appeals agreed with the coalition of activists and Aboriginals, writing that Enbridge Inc. had “offered only a brief, hurried and inadequate opportunity […] to exchange and discuss information and to dialogue” with the affected First Nations communities.[7]

This ruling did not, however, deem the pipeline itself unconstitutional. Rather, the Court found that the Canadian government did not satisfy the constitutional mandate of consultation, and thus it found cause to revoke Enbridge Inc.’s license to build the pipeline. The Court’s decision does not permanently defeat the pipeline. Instead, it returns the decision of whether or not to grant Enbridge Inc. another license back to the Canadian government, which may decide to award Enbridge Inc. another license—again conditional upon proper consultation. [8] Although theoretically possible, this scenario is unlikely given the vocal opposition that the Trudeau administration has expressed toward this project.[9] Thus, it is doubtful that the Northern Gateway pipeline will be granted another license. While it denied COHA’s request for an interview, the Canadian Department of Natural Resources commented over e-mail that “the Government of Canada is committed to a renewed, nation-to-nation relationship with Indigenous peoples, based on recognition of rights, respect, cooperation and partnership, including our duty to consult.” With regard to the recent decision by the Federal Court of Appeals, the source said, “We will take the time necessary to review the ruling by the Federal Court of Appeal before determining our next steps, if any.”[10]

Canada is not unique in mandating that its Aboriginal communities be consulted before projects like the Northern Gateway Pipeline begin. The United Nations Declaration on the Rights of Indigenous Peoples (OHCHR), Convention 169 on Indigenous and Tribal Peoples of the International Labor Organization (ILO), the Inter-American Commission on Human Rights, and the Inter-American Court on Human Rights, all proclaim that indigenous peoples have a right to “free, prior, and informed” consent and consultation under international law.[11] However, OHCHR proclaims only that, “States must have consent as the objective of consultation,” and only mandates that States actually obtain consent if they attempt to relocate indigenous communities or store hazardous waste on their land.[12]  While voluntary consent should certainly be obtained in those instances, it should also be obligatory for public work projects like the Northern Gateway Pipeline. Without mandating consent, indigenous consultations are a hollow reminder to indigenous peoples that their rights are only respected when it is convenient for states. As the Committee of Experts at the ILO wrote, “consultation does not necessarily imply that an agreement will be reached in the way the indigenous peoples prefer.”[13]

The 2-1 decision by the Canadian Federal Court of Appeals to rescind Enbridge Inc.’s license to build the Northern Gateway Pipeline from Alberta to British Columbia is a victory for the First Nations and environmental activists who opposed the project. Furthermore, as it is doubtful that the Trudeau government will give Enbridge Inc. another license, this victory likely signifies the permanent defeat of the project. Thus, the verdict against Enbridge Inc. represents the best case scenario for the affected First Nations. Yet this verdict is the exception that proves the rule that the Canadian system of Aboriginal consultation is broken. Until the Canadian legal framework regarding Aboriginal consultation (as well as the international legal frameworks espoused by organizations such as the UN) is changed to mandate not only consultation, but also consent, it will be all too easy for those with money to trump the interests of the Aboriginal communities.